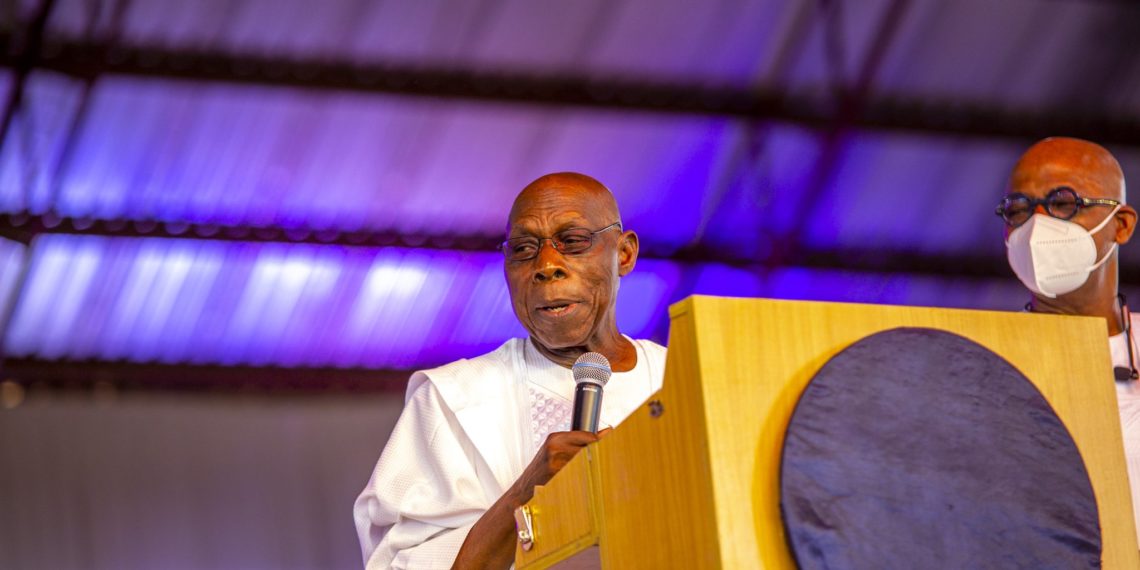 If Nigeria breaks up, minority groups will be exterminated – Obasanjo

“If the Yoruba can stand as a country, if the Igbos and the Hausa/Fulani can stand as separate countries, where do we want the minority groups to be?"

Former President Olusegun Obasanjo on Wednesday described calls for the disintegration of Nigeria as unmindful and insensitive to the plight of the minority groups in the country.

Mr Obasanjo made the observation when he received the Tiv Professional Group (TPG) from Benue State, who paid him a courtesy visit in Abeokuta.

The former president recalled a discussion between him and “a military friend” who, according to him, has described major tribes in the country as selfish and not sufficiently caring for the minority groups.

Mr Obasanjo, who aligned with his friend’s opinion, expressed worry over what would become of the minority groups if the major tribes decided to secede and begin to operate as separate countries.

“If the Yoruba can stand as a country, if the Igbos and the Hausa/Fulani can stand as separate countries, where do we want the minority groups to be?

“Now, by virtue of the present situation, they are a little bit protected, but if Nigeria breaks up, they will be oppressed and exterminated,” he said.

He recalled the meetings he had with a number of socio-cultural organisations in September 2020 and noted that nobody at such meeting talked about disintegration or breakup, saying that “all they clamoured for was a change for good.”

The former president stressed the need for Nigerian leaders to be mindful of the ethnic diversity of the Nigerian nation, adding that the country would not make any meaningful progress without such consideration.

Mr Obasanjo, who expressed hope that the rough times that Nigeria was going through would not last forever, urged Nigerians to be patient while the country gathered her goodwill and moved in the right direction.

His comments came days after another prominent leader and former governor of Lagos State, Bola Tinubu, called on those clamouring for secession from Nigeria to jettison such an idea.

The leader of TPG, Zacharys Gundv, in a paper he presented to Mr Obasanjo, highlighted the challenges of the nation, including insecurity, poverty religious intolerance, kidnappings, and banditry, among others.

Proffering a solution to Nigeria’s challenges, Mr Gundv called on well meaning Nigerians to be united in serving the country.

He called for intensified advocacy against nomadic pastoralism and an “All Nationalities Summit” to discuss and proffer solutions to Nigeria’s challenges. (NAN)