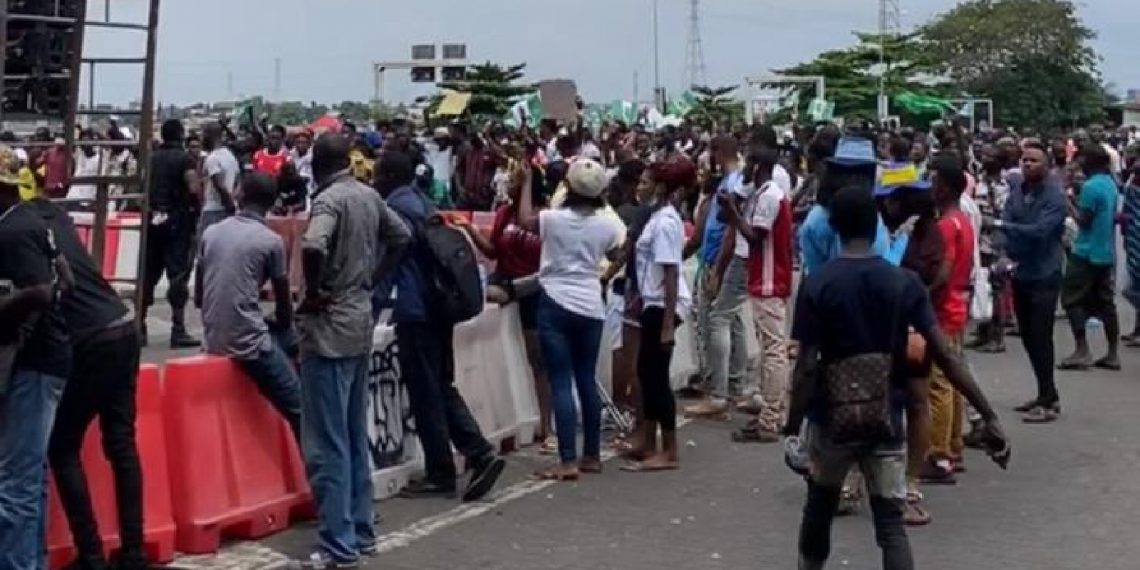 The witness also said she saw a soldier throwing a body into one of the army vans.

A woman who appeared before the Lagos panel investigating police abuses has said she believes that at least 10 people were killed at the Lekki tollgate last October during the #EndSARS protest against police brutality.

Sarah Ibrahim, a protester, who said she witnessed the shooting by soldiers at the Lekki tollgate, testified before the panel on Saturday. She said at least 10 persons were killed during the October 20 incident.

PREMIUM TIMES reported the shooting at the Lekki tollgate despite the initial denial by the army. Hospitals in the area also confirmed treating victims with gunshot wounds following the incident. The exact number of casualties from the incident has, however, yet to be verified.

Ms Ibrahim, who said she was a volunteer at the protest, said among those shot was an elderly man who came from Ikorodu.

She also said she saw a soldier throwing a body into one of the army vans.

The witness, who came with several videos and pictures as evidence to buttress her claim, explained that the Lekki tollgate was chosen as a protest ground because of the CCTV coverage and uninterrupted power supply. She said the Lekki Concession Company (LCC), allegedly acting on an instruction, deliberately removed the CCTV camera and switched off the light including the billboard light in the area.

The LCC had testified before the panel, saying it did nothing wrong and had no intention to sabotage the protest.

The judge admitted the 95 pieces of evidence presented by Ms Ibrahim and marked them ‘exhibit A’.

Ms Ibrahim said the protesters had three drones in the area during the demonstration which revealed that there were two cameras at the Sandfill area that the soldiers emerged from.

There were also two cameras, one facing the LCC office and the other facing the tollgate before they were all removed by the uniformed staff of the LCC before the shooting began, she said.

She had earlier explained that her friend, “a member of APC (All Progressives Congress)” in the Lagos House of Assembly, had called to warn her to stay off the protest ground on October 20.

She quoted her friend as saying that “what they are planning at the tollgate today, my heart cannot take it.”

She noted that the Nigerian army officers started shooting from the Sandfill area before they got to the Lekki tollgate.

“I saw people running towards the stage truck, I didn’t know what was happening, …and I told the person with the mic that they are coming, I never imagined the Nigerian Army would shoot that way at people…while the gunshot was happening more people came from the shanties, and they started singing (the National Anthem) and waving the Nigerian flag.”

During the early days of the panel, the army had insisted their officers only shot in the air at the tollgate. But they have since boycotted the hearing, refusing to obey a summon issued to them.

The witness also alleged that a man in a white attire identified by some residents in the shanties as the DPO of Maroko Police Station shot one of the protesters at “close range.”

‘I have changed several positions,’ Pantami says about past comments supporting extremism