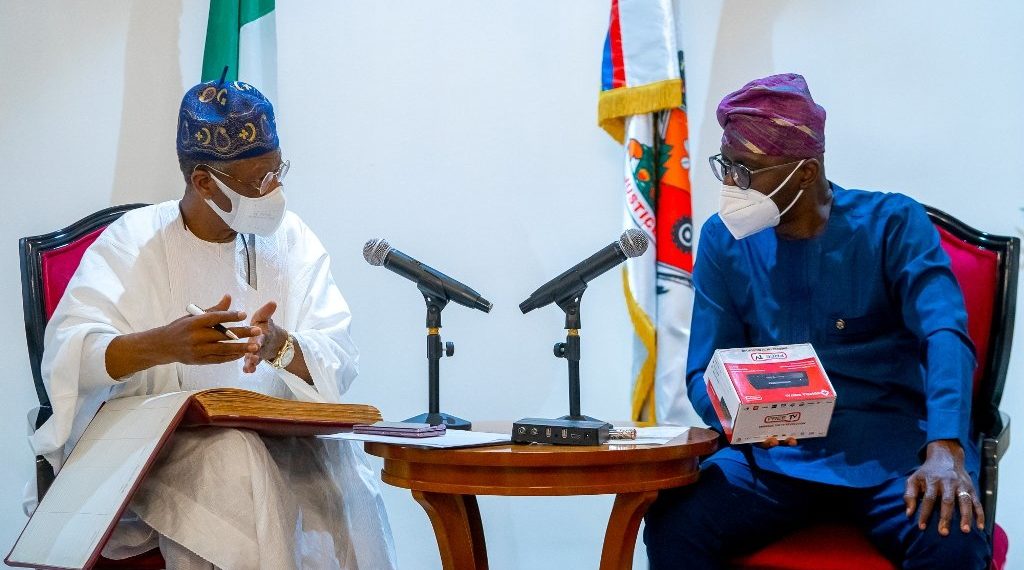 "Lagos State, which is the hub of the creative industry, will take a large share of the one million jobs to be created."

The Federal Government announced, on Saturday, that it will commence the Digital Switch-Over (DSO) in Lagos, on April 29, as the country gradually transitions from analogue to digital broadcasting.

It also said over one million jobs are expected to be provided from the scheme.

Mr Mohammed said that the decision to transit to digital television followed an agreement signed at the Regional Radio Communication Conference (RRC-06) in Geneva, Switzerland, on June 16, 2006, to usher in ‘all-digital’ terrestrial broadcast services for sound and television by a target date of June 17, 2015.

He said that this would create a more equitable, just and people-centered information society, which would connect underserved populations and remote communities, thereby bridging the digital divide.

According to him, the proposed rollout in Lagos will be a critical milestone for the DSO and the creative industry, as over one million jobs would be provided nationwide.

”We launched the DSO rollout in Jos, Plateau State, on April 30, 2016. Since then we have rolled out in four more states, Kwara, Kaduna, Enugu, and Osun, in addition to the Federal Capital Territory, bringing the total to five states and the FCT.

”We are now moving rapidly to cover the remaining 31 states. We are kick-starting the new rollout here in Lagos State on April 29, 2021.

”The rollout in Lagos reflects our decision to take the DSO to commercial centres across the country.

”With a population of over 20 million, and projected TV households of over five million, the launch of FreeTV in Lagos State will be a critical milestone for the DSO and for Nigeria’s broadcast and creative industry,” he said.

The minister added that with the FreeTV of the DSO, Nigerians would have opportunities to watch over 60 channels with great content, at a cheaper rate, and without subscription to payTV. 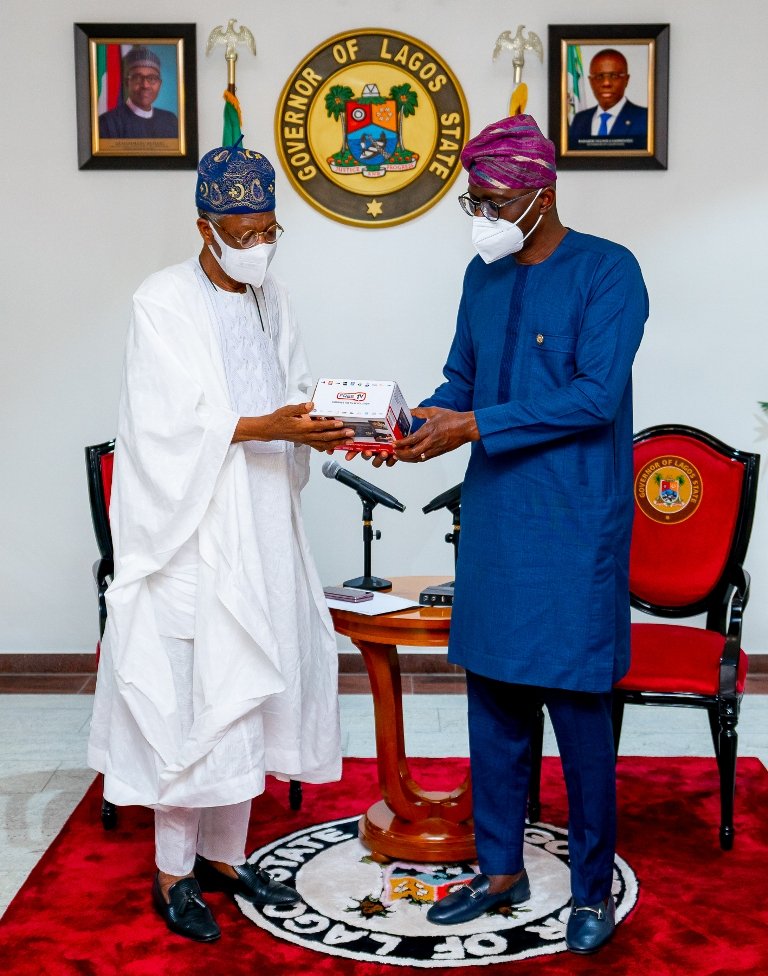 Presenting Governor Sanwo-Olu with the Set-Top-Box for the DSO, he said that it would also enable government to get the data of every household with television.

Mr Mohammed said that this would make the collection of television and radio licenses easier, adding that the Nigerian Broadcasting Code (NBC) had been amended to make provisions for the switch over from analog to digital.

The minister disclosed that six months after the rollout of the DSO in Lagos, the NBC would ask television stations to shut down their analog broadcast equipment, thereby making more spectrum available for data and other telecommunication services.

He stressed that the DSO was relevant to the Lagos Smart City Project and the Lagos Broadband initiative.

”Lagos State, which is the hub of the Creative Industry, will take a large share of the one million jobs to be created.

”Since FreeTV helps to provide Value Added Services, the 20 Local Government Areas and 37 LCDAs in Lagos State will be supported in the collection of Television and Radio Licenses from residents.

”With FreeTV’s push system for information services, the FreeTV platform can be used to broadcast information on Lagos State activities to all viewers.

”A major advantage of the DSO is that viewers will not pay subscription fees. Once they have acquired the Set-Top-Box and pay the once-a-year access fee, which is a token, it is free viewing all the way.

”Millions of Nigerians, who cannot afford to pay the rising subscription fees being charged by the PayTV platforms, can now enjoy the benefit of digital television. This is the meaning of bridging the digital divide,” he said.

In his response, Mr Sanwo-Olu said that his administration would support the switch-over, as it would enhance job creation and content development.

He said that the DSO would also provide opportunity for government to use the content coming out of it to inform and engage with the citizens, as well as bringing governance closer to the people.

The governor advised the Ministerial Taskforce to make the FreeTV box and after sale support easily accessible.

”The movement from analogue set up that we currently have to digital is apt and it speaks to the reality of what we have today.

”Everywhere in the world, technology is now a fundamental and critical deliverable of government. It presents an opportunity for citizens to have access to local, national and international space.

”As a forward looking state, we are in partnership and we see it as bringing the future to our citizens, so we do not have a problem with it at all.

”Even for us as a state, we have been developing what we call a metropolitan fiber optics to provide fiber connectivity as one of the solutions for our citizens to have access to cheaper data.

”We will support the DSO. We will help. We want Lagos to continue to set the space for the nation. We will help our people to be exposed to modern and international best practices. We will be willing to work with you and ensure that we deliver jointly on April 29,” he said. (NAN)

The Making of Ebenezer Obey-Fabiyi, By Toyin Falola

From protesting in front of White House to Biden’s adviser