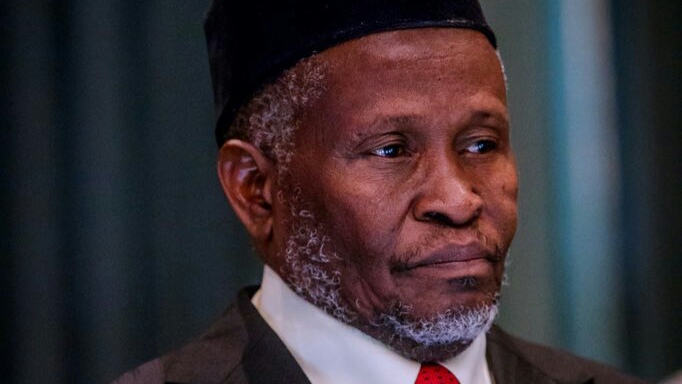 The NJC sends the list of recommended candidates to President Buhari and the relevant state governors.

The National Judicial Council (NJC) has recommended 18 candidates to President Muhammadu Buhari for appointment as Justices of the Court of Appeal.

The Director of Information, NJC, Soji Oye, said Friday that the council also recommended the appointment of eight heads of courts in Rivers, Nasarawa, Kogi, Jigawa, Ebonyi and Delta states.

Mr Oye said the council, under the chairmanship of the Chief Justice of Nigeria, Tanko Muhammad, had at its 94th meeting held on 17 and 18, December 2020 considered the list of candidates presented by its interview committee.

Read the statement in full:

The National Judicial Council under the Chairmanship of the Chief Justice of Nigeria, Honourable Dr. Justice I. T. Muhammad CFR, at its 94th Meeting held on 17 to 18 December, 2020, considered the list of candidates presented by its Interview Committee and resolved to recommend to President Muhammadu Buhari, GCFR, and the Governors of Rivers, Nasarawa, Kogi, Jigawa, Ebonyi and Delta States twenty-six (26) successful candidates for appointment as Justices of Court of Appeal and Heads of Court in Nigeria.

They are as follows:

All recommended candidates are expected to be sworn-in after approval by the President, Muhammadu Buhari, GCFR and their respective State Governors and confirmation by the National Assembly and the respective States Houses of Assembly.

Council at the Meeting deliberated on the Reports on 24 petitions written against 29 Judges presented by its Preliminary Complaints Assessment Committee and decided to empanel an investigation Committee against one Judge and issued two strong warning letters against 2 Judges of the Federal and State High Courts. It also resolved to set up a Medical Board to ascertain the health status of one Judge.

The remaining petitions were summarily dismissed for obvious and manifest lack of merit, being subjudice, overtaken by events or that such petitions were matters for appeal.

From Policing to Roguery: Why Nigerian youth revolted – Report