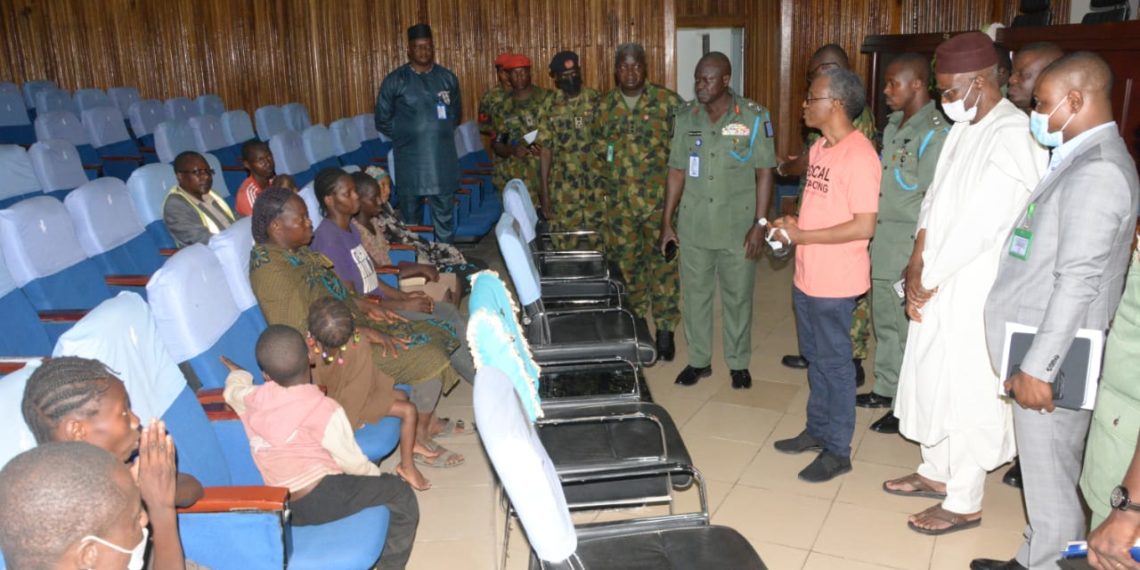 Bandits had kidnapped the 10 persons on March 6

Ten persons abducted at the Kaduna Airport Staff Quarters have been rescued, the Kaduna State government has confirmed.

The state’s Commissioner for internal Security and Home Affairs, Samuel Aruwan, said the victims were rescued by soldiers on Wednesday.

Armed bandits had breached the fence of the Kaduna Airport Staff Quarters in the early hours of March 6 and kidnapped 10 persons from two houses located near the fence.

Gentlemen of the Press:

This briefing has been called to provide an update on emerging developments following the kidnapping of 10 citizens from the Kaduna Airport Staff Quarters, Ifira, Igabi local government area.

The Kaduna State Government can confirm that troops of the Nigerian Army have today, Wednesday 17th March, 2021, rescued the 10 victims who were kidnapped from the Kaduna Airport Staff Quarters, Ifira, Igabi local government area.

The victims rescued are listed as:

It would be recalled that armed bandits breached the fence of the Kaduna Airport Staff Quarters in the early hours of Saturday 6th March 2021, and kidnapped these 10 persons from two houses located near the fence.

Precise details of the rescue location cannot be provided at this time due to operational expediency.

Governor Nasir El-Rufai has received the report of the rescue with elation, and has extended hearty congratulations to the troops for the successful rescue. He has also met with the rescued citizens to encourage them, and assure them of the unwavering commitment of the Kaduna State Government. He wished them well as they re-united with their families and loved ones.

Further updates will be provided on this and other developments as they emerge.