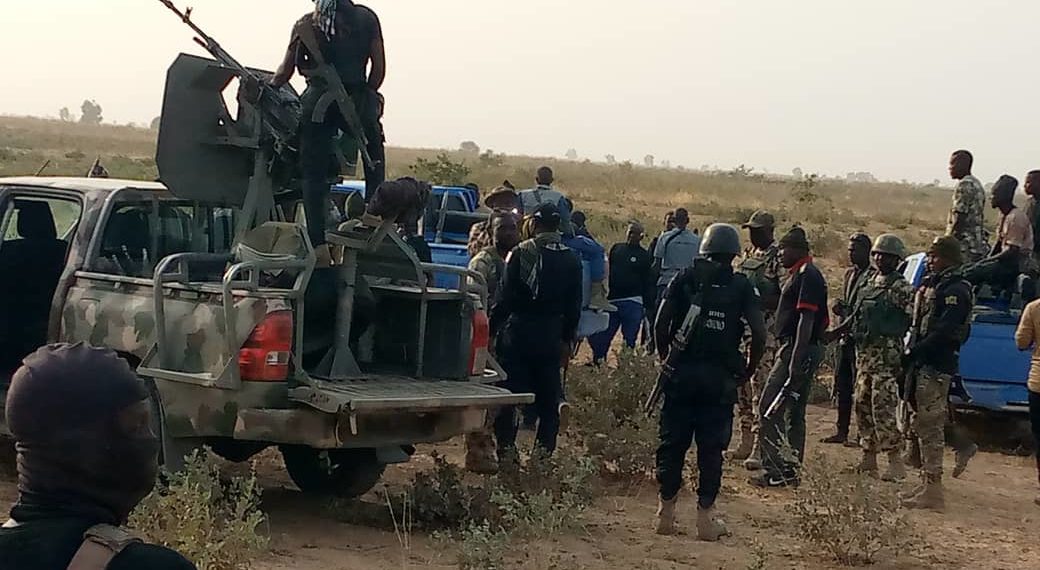 Nigerian soldiers and police have rescued 13 travellers abducted by Boko Haram insurgents and held in a deserted village along the Maiduguri-Damaturu highway.

Military sources say the abducted persons were being held in a deserted village along the Maiduguri-Damaturu highway.

Nigerian soldiers and police have rescued 13 travellers abducted by Boko Haram insurgents and held in a deserted village along the Maiduguri-Damaturu highway.

Security sources told PREMIUM TIMES that a joint team of soldiers and the police-led Rapid Response Squad rescued the travellers on Friday.

The sources said they were rescued at a village camp where the insurgents had held them hostage.

Our reporter got an exclusive hint from one of the security officials on Friday evening that a team of operatives of the RRS were going after the abductors with the support of some soldiers on military gun trucks.

The information was not reported to avoid jeopardising the operation.

“We had a successful outing last night as we went far into the bush along the Maiduguri-Damaturu highway and we found the Boko Haram guys at a deserted village where they were camping the 13 kidnapped travellers,” an operative, a member of RRS, who craved anonymity, said.

“When they saw us coming, they were intimidated by our number, so they had to abandon the abductees and fled.”

PREMIUM TIMES called the Commander of the RRS, Abioye Babalola, who confirmed the development but declined to give the details.

“All I can say is that we give glory to God that the lives of 13 Nigerians have been saved, and they are in the process of being profiled and reunited with their family.”

After over five weeks break, insurgents had this week returned to abducting travellers on the Maiduguri-Damaturu highway.

They carried out about two major attacks in the last three days.