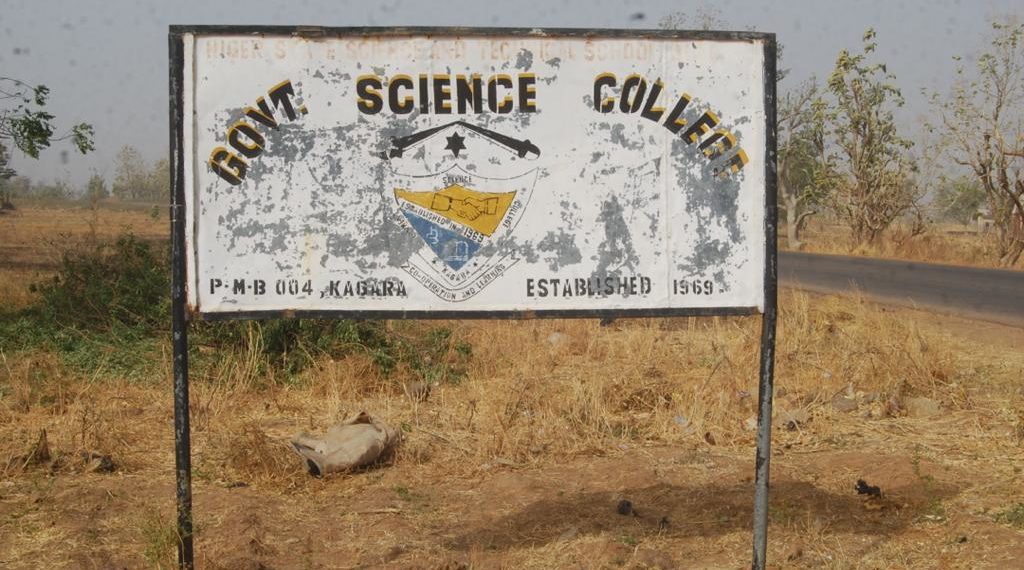 A resident says they were released on Saturday morning

The 42 persons kidnapped by bandits from Government Science College Kagara, Niger State have been released after 10 days in captivity.

The bandits seized 27 students, three staff and 12 members of their family in a raid on the school from Tuesday evening to early Wednesday morning last week.

One of the residents of Kagara, Yunusa Acha, told PREMIUM TIMES that the victims were released on Saturday morning.

A video clip in circulation shows a group of famished youngsters and women, which one of their military escorts described as the abducted students from Kagara being led into what appears like a deserted school.

According to the resident who confirmed the latest development in the saga to our reporter, the released persons were lodged at the mobile police base in the town but no one was granted access to them.

“Some people saw them this morning around 7:30 a.m. As I’m speaking to you, they are on their way to Minna (the state capital),” Mr Acha said.

Earlier on Saturday, PR Nigeria reported that a top police officer involved in the counter-kidnapping operation confirmed their release.

The video clip circulated on social media shows some students, about 26, sitting on the ground, with security agents around them.

According to the background voice in the clip, they were released on Saturday morning.

The Chief Press Secretary to the Governor, Mary Noel-Berje, did not pick calls or respond to the text sent by our reporter.

When this paper contacted the spokesperson of the police in the state, Wasiu Abiodun, he simply said, “The government will brief the press”.

The official said “students, staff and family members of the government science college Kagara have regained their freedom and received by the NIGER State government.”

PREMIUM TIMES had reported how the students and staffs of the school were abducted on February 17, in Kagara, a community under siege by armed men.