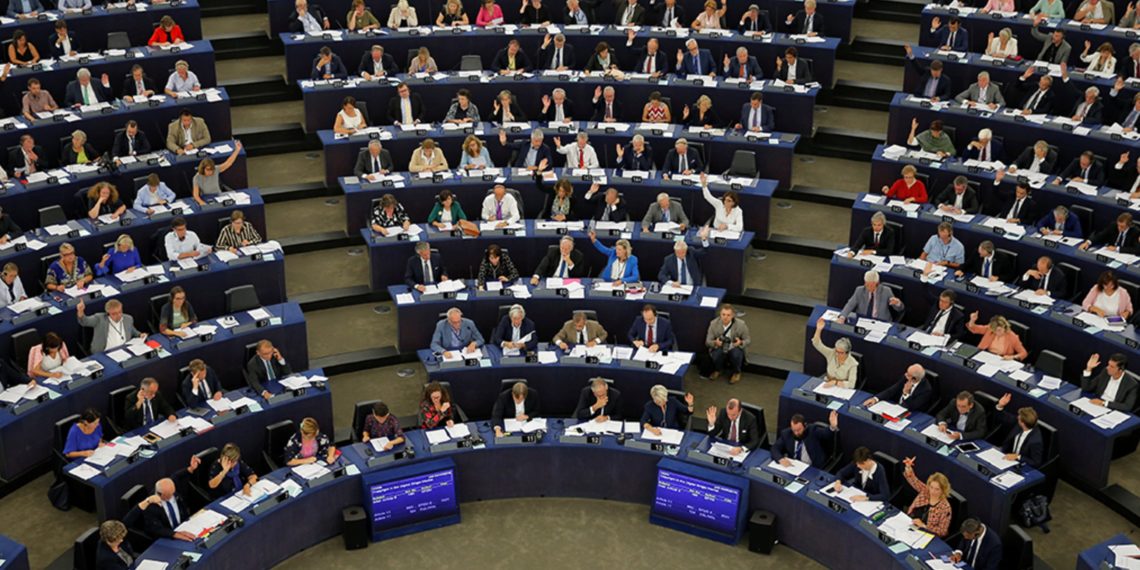 European parliamentarians deliberating on the human rights situation in Nigeria Thursday in Brussels heard stories of worsening abuses, an unattended climate crisis, a national gendered environment that under-privilege women, an absence of accountability on violations of religious freedom, and a choking ecosystem that constrains media freedom.

At a public hearing organised by the human rights committee of the EU parliament headed by Belgian politician, Marie Arena, Chidi Odinkalu, senior team manager at the Africa Programme of the Open Society Foundation and former Chairman of the Governing Council of Nigeria’s National Human Rights Commission, called attention to numerous instances of extra-judicial killings and violence in the country with the most recent being the extending farmer-herder clashes, the assault on young people during the EndSARS, and the Southern Kaduna killings.

A case of generational and hemispheric insecurities

Mr Odinkalu, lawyer and civil society leader, said the EndSARS protests of October 2020 which “put the issues of insecurity, extra-judicial killings and security sector accountability in Nigeria [had] crystallized public disquiet over insecurity in the country and the failure of political, moral and institutional responses,” adding that they also reflected what he characterized as “generational and hemispheric (North vs. South) dichotomies in perceptions of insecurity in Nigeria.”

In Nigeria, Mr Odinkalu argued, “the distinction between extra-judicial killings and other killings has been collapsed by state incapacity,” suggesting that impunity has attained a state policy status because, in his words, “The State now explicitly or implicitly franchises or condones much of non-state atrocity with official advocacy on behalf of “banditry”.”

Citing data from the Mass Atrocities Report, Mr Odinkalu said with 4556 citizens killed in the impunity of violence and 1,525 already in the first six weeks of 2021, it was time for the European Union to “exercise its levers to hold Nigeria’s rulers accountable for abdicating on protecting their people, so they can fix their country.”

Need for a Magnitsky legislation

He encouraged the European Union to enforce its Magnitsky legislation that will preclude Nigeria’s rulers, families, nominees, and “extras” from EU territory, amenities and systems. Magnitsky legislation refers to instruments offering governmental sanctions against foreign individuals who have committed human rights abuses or been involved in major corruption cases. Following the United States [in 2012], the European parliament passed its Magnitsky Resolution in March 2019 and the European Union passed the Act in December last year.

“If you can’t do anything,” the activist academic baited the parliamentarians, “please don’t patronize Nigerians and #DoNoHarm,” arguing that generalised sanctions may hurt the people but conditionality on EU budget support to Nigeria can be tightened, oversight improved and support to independent media, universities civil societies enhanced.

Speaking on the themes of Violence Against Women and Girls; Access to Education and Economic Opportunities for Women and Girls; and Women’s Political Representation, Abosede George-Ogan, who is Director of strategy, Lagos State Employment Trust Fund and co-founder of the women’s group, ElectHer, called on the EU parliamentarians to use their position of power and privilege to provide support in the need for gender disaggregated data to develop inclusive policies, programmes, and initiatives; as well as stronger institutions where gender is mainstreamed, and gender responsive budgeting is adopted.

Referencing a PREMIUM TIMES report on the sharp rise in the cases of violence against women and girls during the lockdown, when about 717 cases of rape, physical and spousal violence were recorded by the police, Ms Abosede-Ogan accepted that while modest progress had been acheived in terms of “awareness, [and] having the legal frameworks and mechanisms for enforcement,” the task now is to enforce the existing laws and ensure “agencies of government carry out investigations, prosecutions, convictions, and ultimately justice.”

Disparities in educational enrolment between males (64 per cent) and females (37 per cent) especially at the university level result in limited access to high value economic opportunities for women. The disparities also affect the 60 per cent of women in rural areas who are mostly engaged in subsistence agriculture and whose lives and livelihoods have come under major threat with the farmer-herder conflict in Nigeria. These speak to the need for enhanced women representation in policy corridors, said Ms George-Ogan who insisted that “We need a Gender Quota to increase women’s political representation in Nigeria.”

In his address, Akintunde Babatunde, the Manager of the Natural Resources and Extractive Programme at PTCIJ spoke about the interconnection of climate change and human rights within the Nigerian context saying climate change is already impacting the human rights situation in the country and that vulnerable groups are worst affected by these impacts.

He noted that the consequences of climate change have led to environmental degradation which poses huge threats to the security situation through conflict over resources. He further argued that the prolonged farmers-herders clashes, for instance, has shown the lack of capacity and willingness of the Nigerian government to put the issue to a stop.

He also spoke about the lack of shoreline protection in many coastal communities which puts these communities at the risk of flooding, while calling on the Nigerian government to improve the abilities of communities to cope with the changing climate needs and also educate the public on the realities of the climate crisis.

Accountability for abuses on the freedom of religion

The lack of accountability in cases of violations of religious freedom was the theme of Isa Sanusi, media manager at the Nigeria Office of Amnesty International. He spoke of repeated government incapacity to respond effectively in the direction of justice at every instance of abuses on the freedom of thought and religion of citizens, calling for the EU to lean in support of what appears to be an obvious vacancy.

The pivotal year of attack on media freedom

The “dramatic though not unexpected re-emergence of a Nigeria Press Council Amendment Act of 2019,” according to Dapo Olorunyomi, Publisher of PREMIUM TIMES, in his statement to the parliamentarians, “highlights the significance of 2019 as the pivotal year when all the recent bullying media freedom laws in the country sought a joyless wedlock” with the relics of obnoxious laws from the past.

He said the Nigerian government “ought to feel some discomfort” that the independence address of the president in 2019 “appeared to set the context to understand the hidden mind of the administration” even when it famously espouses a public claim to supporting media freedom.

In 2019, in his National Day address, President Muhammadu Buhari said: “Our attention is increasingly being focused on cyber-crimes and the abuse of technology through hate speech and other divisive material being propagated on social media. Whilst we uphold the constitutional rights of our people to freedom of expression and association, where the purported exercise of these rights infringes on the rights of other citizens or threatens to undermine our National Security, we will take firm and decisive action.”

Pointing to what he then described as, “the odious cocktail of the Cyber Crimes Act; the Anti-Terrorism Act; the Social Media Bill; the Hate Speech Bills; the National Broadcasting Commission Act; the vestiges of criminal defamation statutes in the Criminal Crimes Act and the Penal Code Act; the Official Secrets Act; and the Obscene Publications Act,” Mr Olorunyomi said, “these unhappy trophies” disprove all claims, in official quarters, that the media in the country is unchained.

The EU will do well, he pressed, to demand accountability from its Nigerian partners on their treaty obligations regarding media freedom and the rule of law. “The EU should also tighten benchmarks in its assessment of partner relationship, and actively bring the voices of journalists and civil society actors to the policy table in its relationship with the government,” the publisher said.

Europa League: Ndidi falls with Leicester but Nigerian quartet through to Round of 16