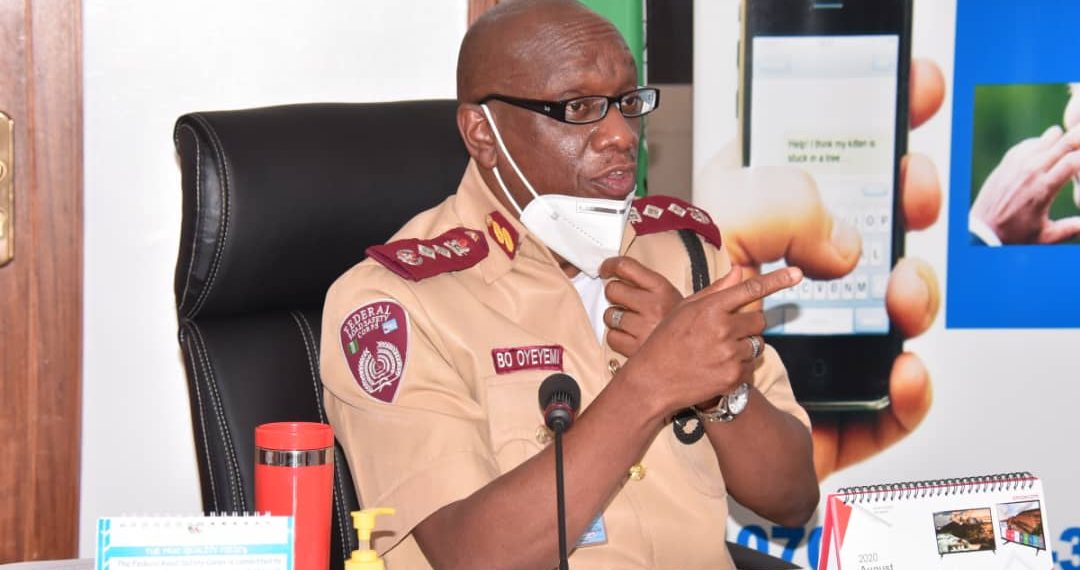 The FRSC says it will impound rickety vehicles and prosecute their owners or operators.

The Corps Marshal of the Federal Road Safety Corps (FRSC), Boboye Oyeyemi, has directed officers of the agency across the country to seize rickety vehicles plying the roads.

According to a statement on Tuesday by FRSC’s spokesperson, Bisi Kazeem, this is to reduce road crashes in the country.

Mr Kazeem said zonal commanding officers and sector commanders have been directed to arrest and prosecute their owners and operators after impounding such vehicles.

“The Corps Marshal stated that the operation which will be conducted nationwide, forms part of the Corps’ commitment towards enhancing the tempo of its operational activities and create a safer motoring environment in the country, premised on the realisation of its 2021 strategic goals of reducing road traffic crashes by 15% and fatalities by 20%.

“While recalling the common sight of poorly maintained vehicles on the nation highways which often break down and result in obstructions of traffic flow, the Corps Marshal enjoined motorists to ensure regular maintenance of their vehicles in view of inherent traffic hazards associated with abandoned broken down vehicles especially at night,” the statement read.

He said ”if drivers and vehicle owners carry out constant maintenance of their vehicles, road safety would be enhanced on the over 204,000 km road network in Nigeria”.

“The public is therefore called to assist the Corps by reporting any rickety vehicle sighted on the road to the spokesperson through the FRSC Toll Free numbers 122 or tune into the National Traffic Radio 107.1FM to report same or any other contravention seen on the road.