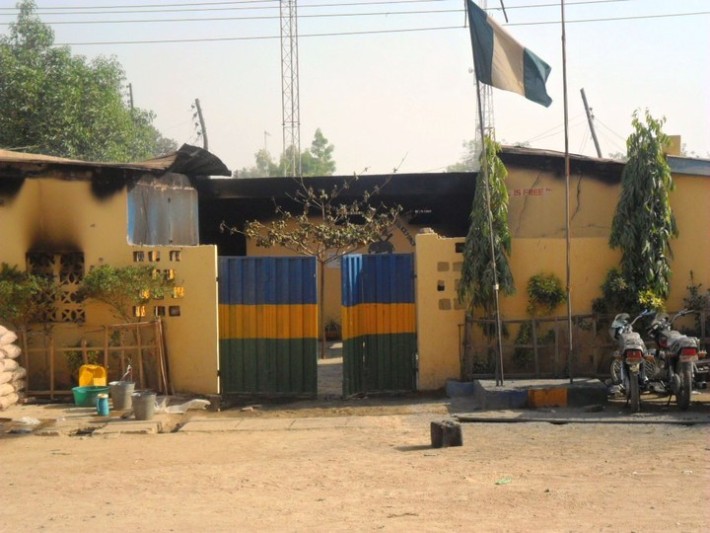 This is the second attack against police stations in Abia State, in less than a month.

The gunmen then carted away arms and ammunition from the station.

Two of the gunmen were, however, gunned down by police officers who tried to repel the attack.

The Commissioner for Information in the state, John Okiyi Kalu, who confirmed the incident, said the state government was offering N1 million reward to anyone with useful information that could lead to the arrest of the gunmen.

The government, following the incident, has announced an immediate ban on the use of tricycles and motorcycles from 7 p.m. to 7 a.m. in “all major cities” in the state.

“We wish to assure members of the public that the government is working with security agencies in the state to fish out the perpetrators of this dastardly crime and bring them to justice as quickly as possible,” Mr Kalu said in a statement.

“No part of Abia land will be ceded to criminals operating under any guise and we will not spare any resource in ensuring that the perpetrators of this dastardly act are brought to book in no distant time and the stolen arms and ammunition recovered completely.

“Sadly, the arms these hoodlums have carted away from law enforcement agents will most likely be used against innocent citizens.

“Government, therefore, calls on citizens to avail law enforcement agencies with vital information that will lead to the arrest of the criminals and recovery of these arms,” Mr Kalu added.

The commissioner, in the statement, said ”some lives” were lost during the attack, but did not give details.

Another official of the Abia State Government, who did not want his name mentioned in the report because he was not authorised to speak on it, told PREMIUM TIMES that two police officers were killed in the attack.

“Two of the attackers and two police officers were killed during the attack,” the official said.

PREMIUM TIMES could not immediately get the police reaction on the incident as the police spokesperson in the state, Geoffrey Ogbonna, did not respond to calls and a text message from our reporter.

This is the second time in less than a month police stations in Abia State have been attacked.

Some gunmen on February 1 attacked Umuoba Police Station in Isiala Ngwa North Local Government Area of the state and killed a police inspector.

The gunmen razed the station, burnt down police operational vehicles, and carted away arms and ammunition.

Several Nigerian states have been grappling with security challenges, including kidnapping and other crimes.