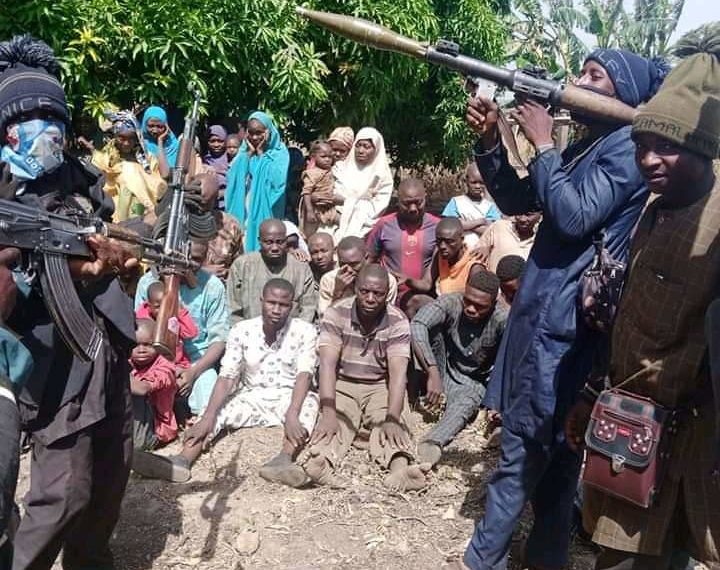 Travellers that were abducted

The kidnappers are reportedly demanding N500 million to release the victims.

A criminal group on Tuesday released a video showing the travellers they abducted on Sunday on a highway in Niger State begging the state government to facilitate their release.

The criminals are reportedly demanding N500 million to release the victims.

PREMIUM TIMES had reported how the gunmen ambushed the commuters who were returning from a wedding in Rijau Local Government Area of the state.

The Niger State government on Tuesday said 10 of the victims had been released.

Mary Berje, the media aide to governor Abubakar Bello, posted on Facebook that “10 out of the the recently kidnapped passengers in the Niger State Transport Authority bus returning to Minna from Rijau Local Government have regained their freedom.”

But just hours after the statement by the official, the armed group, in a video, showed some of the abducted travellers pleading with the authorities to facilitate their release.

In the video, many children and women can be seen crying and pleading for the government to pay the ransom to facilitate their release .

Also in the video, one of the gunmen can be heard speaking in Hausa dictating to the victims what to say.

The criminals displayed their arsenal of weapons in the video in a show of strength, threatening to eliminate their hostages if the government fails to pay the ransom or tries to secure their release by force.

Buhari blames elites with ‘resource and influence’ for upheavals in Nigeria