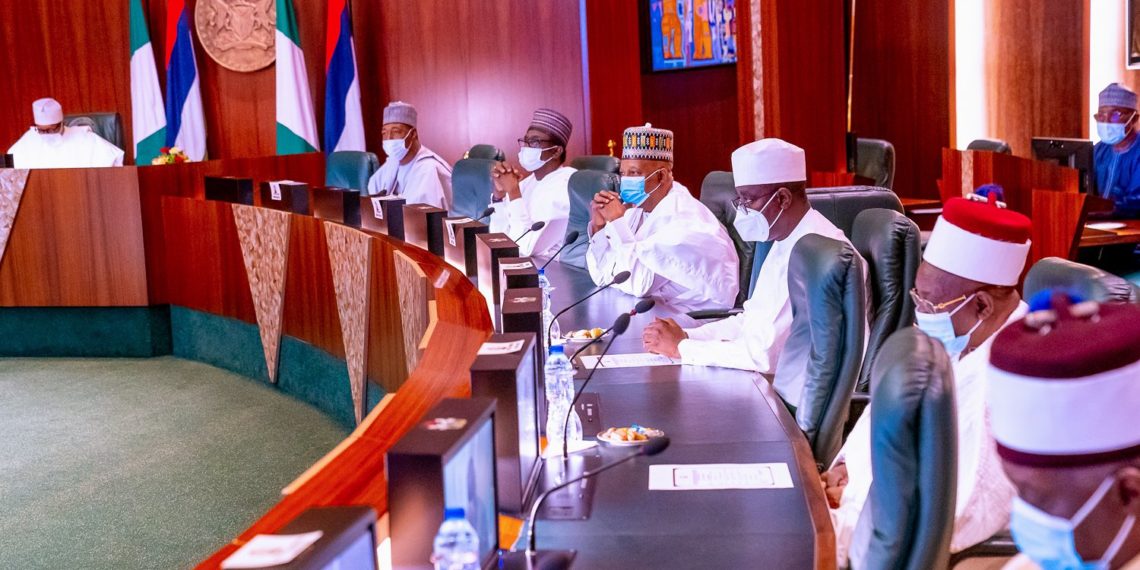 Buhari blames elites with ‘resource and influence’ for upheavals in Nigeria

"God willing, we will identify them, and deal with them," President Buhari says.

President Muhammadu Buhari said Tuesday that few Nigerians with ‘resources and influence’ were responsible for the upheavals being witnessed in parts of the country.

According to his spokesperson, Mr Buhari said this during a meeting at the State House Abuja with a delegation of Borno/Yobe Elders Forum.

“I am confident that we will eventually convince the small number of people with resource and influence that are a nuisance to this great country. God willing, we will identify them, and deal with them. I am extremely concerned about your constituency like the rest of the country,” the president said.

Several parts of Nigeria are witnessing various forms of violence including terrorism, banditry, kidnappings and ethnic tension. The situation leads to daily killings and kidnappings in various parts of the country.

The Borno and Yobe delegation went to Abuja to discuss the security situation in their states.

Read the full statement by presidential spokesperson, Femi Adesina, below.

WE NEED THIS COUNTRY, WE WILL CONTINUE TO WORK FOR ITS STABILITY, SAYS PRESIDENT BUHARI

President Muhammadu Buhari Tuesday in Abuja said that the stability of the country is of paramount interest to him and the federal government will continue to work towards it despite the actions of a few people.

Receiving a delegation of Borno/Yobe Elders Forum on a courtesy call, President Buhari said: “We need this country. We will continue to work for its stability. I feel that whatever happens, we will continue to make it, and will keep on praying to God so that for those who feel that they don’t need Nigeria, we will succeed over their intentions and actions.”
The president attributed the upheavals in some parts of the country to a few people with resources and influence, assuring that they will be identified and dealt with in due course.

“I am confident that we will eventually convince the small number of people with resource and influence that are a nuisance to this great country. God willing, we will identify them, and deal with them. I am extremely concerned about your constituency like the rest of the country.”

President Buhari noted the request for the upgrade and development of infrastructure in the states and assured that while he would do his best in acceding to the requests, he would however, prioritise development in education.

“We are aware of the infrastructure deficit. Our priorities will be education because all our citizens know that children within a certain age must receive it otherwise if they miss it, the future is destroyed.”

He expressed appreciation to the leaders for coming to terms with the positive improvement that has occurred in the states since the inception of the administration.

In his remarks, Professor Babagana Zulum, Governor of Borno State, said the leaders were in Abuja to thank the President for the tremendous improvement in their states and to intimate him with some of the prevailing socio-economic conditions.

Also speaking at the event, Architect Ibrahim Bunu and Gambo Gubio expressed appreciation to the President as well as the armed forces for their commitment and sacrifices in bringing a new lease of life to the Northeast. They requested for completion of long-standing infrastructure and on-going projects in the states, especially roads.

They also called on the President to continue oil exploration in the Chad Basin initiated when he was the Minister of Petroleum in the 70s and the recharging of the Lake Chad which the President is passionate about.

Also on the delegation were Governor Mai Mala Buni of Yobe State, former Governor Kashmir Shettima of Borno State, as well as senators, traditional rulers and elders in the two states.