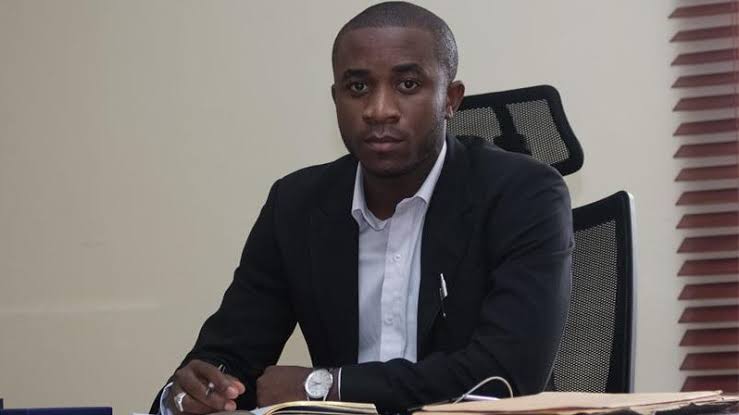 Mr Okeke, due to be sentenced for multi-million-dollar fraud by a U.S court on Tuesday, says he has missed important milestones of his American daughter’s childhood development.

Obiwanne Okeke, standing trial for wire fraud in the U.S., said he has missed important milestones of the childhood development of his 19-month-old daughter.

Mr Okeke, 33, also known as Invictus Obi, has been in incarceration for 18 months while standing trial in the U.S.

He took responsibility for the multi-million-dollar scam that went on for many years by pleading guilty to the wire fraud crime in June 2019.

He is now due for sentencing by a Virginia Court Tuesday.

Ahead of his sentencing, Mr Okeke, through his lawyer, applied for a lenient jail term, contending among others, that he had not seen his daughter to witness the most important milestones of her early childhood since his trial began in August 2019.

PREMIUM TIMES, on Tuesday, exclusively obtained the court documents, which Mr Okeke’s lawyer, John Iweanoge, filed on his behalf to appeal for shorter sentence at variance with the sentencing guidelines the court uses.

The U.S-based lawyer stated that sending the convict on a long jail term would cost his 19-month-old daughter, who is an American citizen, the childish memory of his father.

“Mr Okeke has not been able to see his daughter or enjoy the most important milestones of her early childhood, like seeing her take her first step, seeing her grow her first tooth, being able to carry her and rock her to sleep amongst other cherished moments.

“A lengthy sentence will deprive Mr Okeke’s infant daughter the opportunity to have any childhood memories of his dad,” Iweanoge stated.

He added, “Since Mr Okeke is a deportable alien, and would be immediately removed from the United States after serving his sentence, a shorter sentence, would ensure that he is deported sooner so that his daughter will be able to travel to Nigeria to stay with his dad and enjoy what is left of his daughter’s early and tender years.

“Moreover, Mr Okeke’s deportation is another consequence of his conviction since he will be immediately deported to Nigeria after his sentence and he will likely not be able to return to the United States for a 20 year period to life because of the nature of his offence and the immigration consequences it carries.”

Mr Iweanoge noted that for his client’s kind of offence that he had pleaded guilty to, the guideline provided imprisonment ranging from 97 to 121 months (about eight to 10 years) or 151-188 months (about 12 and a half years to 15 and a half years), depending on the merit the court attaches to his filings.

The lawyer contended that the period of imprisonment “will be too much for someone of his age and status,” adding, “the ends of justice will be served if Mr Okeke is sentenced substantially below the guideline in this case.”

Mr Iweanoge pleaded with the court to grant Mr Okeke a considerate sentence because “he is already punished by collateral consequences enumerated above.”

Okeke and the guilty plea

The 33-year-old and chairperson of Abuja-based Invictus Group was arrested in 2019, following allegations that he connived with some individuals, some of who remain at large, to defraud American companies and individuals over a period of at least four years.

Although he denied his involvement in the crime before a federal judge in the U.S. for months, he later pleaded guilty to the allegation of conspiracy to commit wire fraud and agreed to cooperate with American authorities last year June.

The guilty plea helped Mr Okeke, who was initially indicted on two counts of computer and wire fraud, to secure the withdrawal of the second charge that carries lesser sentence and fines.

As part of his deal with the U.S. government, he would enjoy immunity from prosecution on the same matter in the U.S. Eastern District of Virginia.

The district will also confirm the validity of the plea agreement in case Mr Okeke is charged over the same offence in another jurisdiction.

Although his sentencing was initially scheduled for October 22, 2020, it was postponed to Tuesday for reasons unknown to PREMIUM TIMES.

PREMIUM TIMES had earlier reported how family members, an employee, a pastor, and others related to Mr Okeke have flooded the U.S. court with appeals for leniency ahead of his sentencing for wire fraud.

In a series of letters of attestation to character sent to Rebecca Smith, the judge handling the case at a Virginia court, they expressed shock about the involvement of Mr Okeke in the unlawful activities and pleaded he be given a second chance.

They also pledged he would not take part in any unlawful act again.