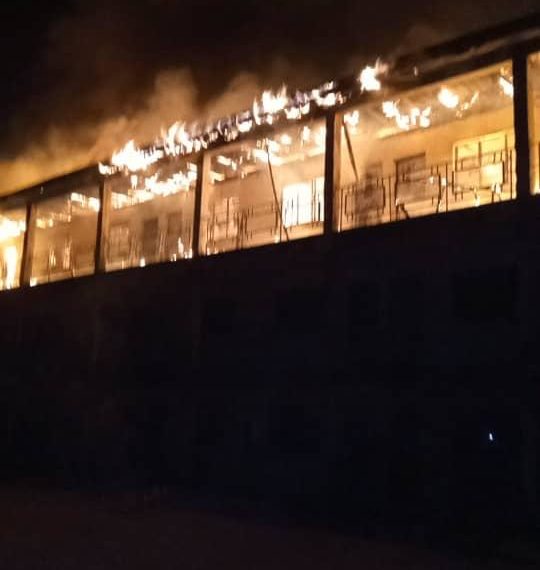 The depot is used by the army for the training of recruits.

A fire incident has occurred at the Nigerian Army Depot in Zaria, Kaduna State, destroying some properties.

It is not clear at the time of this report if there are any casualties with efforts still ongoing to quench the fire.

The depot is used by the army for the training of recruits.

Since its establishment in 1924, Nigerian soldiers have been trained at the facility.

According to witnesses, the fire started on Saturday midnight and affected the Block 15 of the soldiers quarters.

Efforts to speak to officials were unsuccessful as at the time of this report.