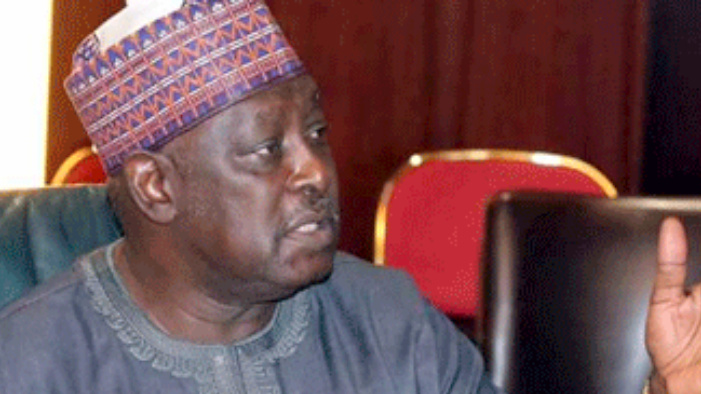 Babachir Lawal is being prosecuted by the EFCC for awarding contracts to companies in which he had interests, fraud, criminal conspiracy, and diversion of funds.

A prosecution witness narrated to an Abuja court, on Thursday, how two companies allegedly linked to a former Secretary to the Government of the Federation (SGF), Babachir Lawal, were paid N544 million for the controversial grass cutting contract.

The grass-cutting scandal cost Mr Lawal his job in 2017.

Hamza Buwai, a Deputy Director, Finance and Accounts from the Office of the Accountant-General of the Federation (AGF), appeared before the Federal Capital Territory (FCT) High Court in Jabi, Abuja, as the second prosecution witness in Mr Lawal’s trial.

The Economic and Financial Crimes Commission (EFCC) charged Mr Lawal with amended 10 counts, including awarding contracts to companies in which he had interests, fraud, criminal conspiracy, and diversion of about N544 million belonging to the government.

PREMIUM TIMES had reported that the EFCC, on Wednesday, called its first prosecution witness, Mohammed Babasule, a banker with the First City Monument Bank (FCMB), who tendered the statement of accounts and the account opening documents of Josmon Technologies.

EFCC gave an account of Thursday’s court session in a statement sent to journalists after the proceedings.

It said Mr Buwai told the court how Mr Lawal, as the then SGF, approved separate payments for the contractor and the consultant for “the removal of invasive plant species irrigation programme” and construction of water gates along the N250km River Kamadugu Yobe River.

The witness, who was formerly the Head of Finance of the Presidential Initiative for the North East (PINE), noted that the contracts were awarded in two phases and the vouchers raised for them went through different processes with necessary tax deductions done, before payments were made to the companies.

He said the first phase of the contracts was approved on January 14, 2016, with the letter of award of the contract issued to the contractor on March 4, 2016, while the second phase was awarded on August 22, 2016.

The witness also told the court that upon approval of payments by the Permanent Secretary, Special Services, which was under the office of the SGF, payments were made to both Rholavision Engineering Ltd and Josmon Technologies Ltd.

According to the witness, Josmon Technologies Ltd was initially paid the net sum of N203.357 million for the phase one after the Withholding Tax and Value Added Tax of five per cent each had been deducted.

“The contractor received a net sum of N20.68 million as the final payment for the first phase of the contract,” he added.

Mr Buwai pointed out that in phase two of the contract, two vouchers were raised in favour of the sixth defendant, Josmon Technologies Ltd.

With no objection from the defence lawyers, the judge, Charles Agbaza, admitted the payment vouchers as exhibits.

The judge adjourned the trial till February 17.