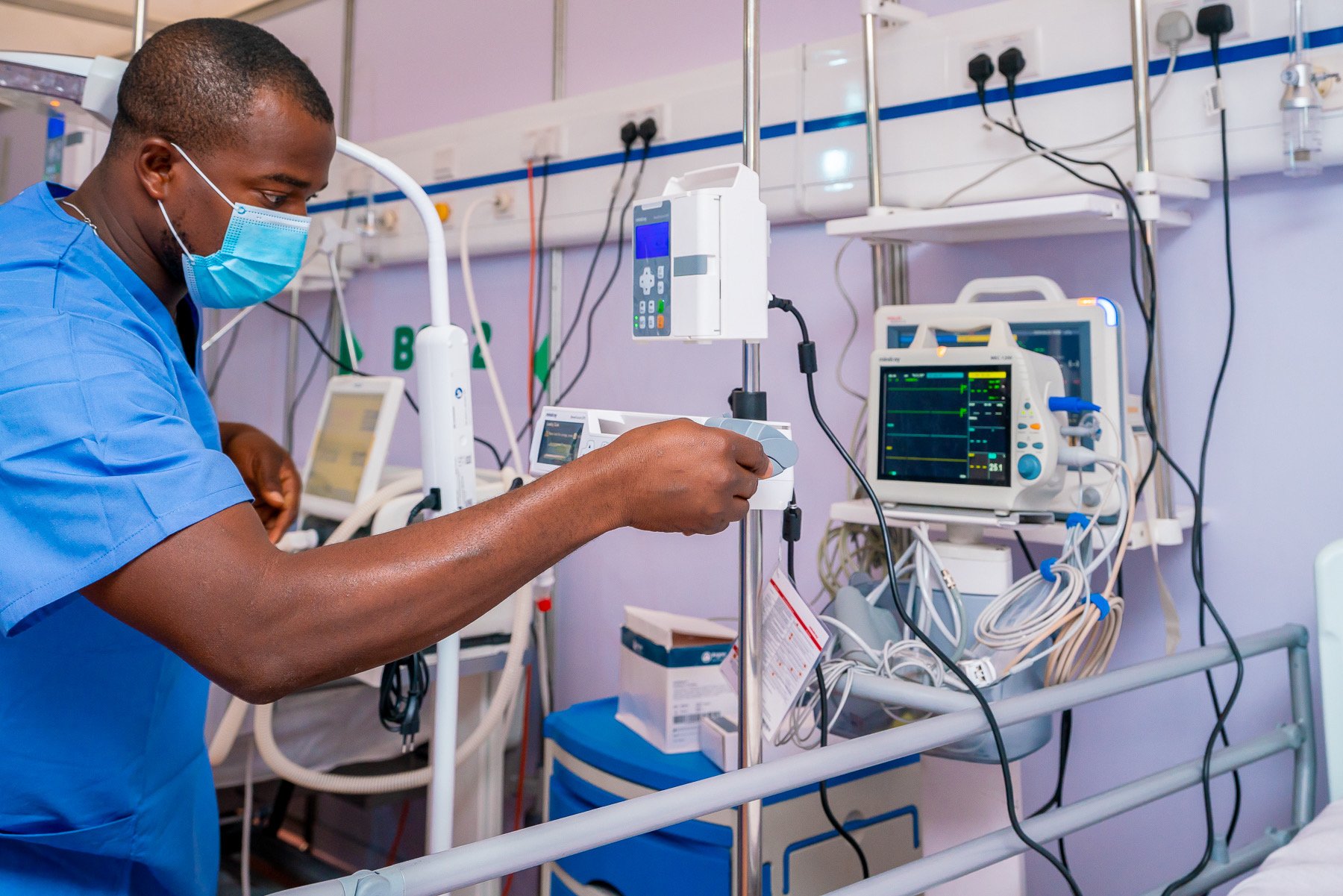 After six consecutive weeks of increase, Nigeria’s fresh COVID-19 infections reduced slightly but the same cannot be said of the fatalities as more people lost their lives to the pandemic last week.

According to data from the Nigeria Centre for Disease Control (NCDC), the country recorded 50 and 48 deaths in the first and second week of 2021 respectively.

Meanwhile, last week, which is the third week of the year, the country recorded 70 deaths, the weekly highest in the new year.

The rise in mortality shows that the second wave of the pandemic is deadlier than the first as more patients are symptomatic and require breathing support.

Akin Abayomi, the commissioner for health in Lagos state, the epicentre of the pandemic, had said the use of oxygen by COVID-19 patients in isolation centres across the state is on the increase this January.

The Professor of Medicine disclosed that the new strain ravaging the state and country at large is deadlier than the previous variant.

“Oxygen usage is on the increase. By 1st week of January 2021 daily rationed usage of oxygen was 200 cylinders. Realistic projection without rationing is about 750 cylinders per day.

“There is an increasing number of patients who require oxygen therapy at IDH, Yaba.

While more people are dying from complications, the Minister of State for Health, Olorunnimbe Mamora, has warned Nigerians against complacency in containing the COVID-19 pandemic as the much-awaited vaccines may not arrive the country as soon as expected.

The government said it was expecting to start receiving vaccines for the disease by the end of the month but many medical experts told PREMIUM TIMES that that is “almost likely impossible”.

The second wave of the pandemic was officially announced after the infections began to rise in the first week of December.

During that week, (November 29- December 3), a total of 1607 cases were reported and within the space of six weeks that followed, the country broke its records of highest weekly infections three times.

In fact, in the previous week (January 3-9), Nigeria recorded 9,900 fresh cases which represents a 39 per cent increase from the preceding week and second highest record of 6,037.

However, last week, (January 10-16), the country reported 9880 fresh cases, which represents 0.2 per cent reduction from the 9,900 reported in the previous week.

The weekly reduction is minimal and not representative of any decrease in the level of spread of the virus. For instance, on Friday, a total of 1,867 new infections were found in 23 states across the country – the highest daily infection toll ever.

Further analysis showed that the slight reduction occurred despite the fact that the public health agency tested 128,578 people in the past week — the highest weekly testing rate so far.

This shows the increase in Nigeria’s testing capacity and efforts of the states in collection of samples. Since the pandemic broke out in February last year, a total 1,154, 138 samples have been collected for testing.

Nevertheless, a total of 5,950 COVID-19 patients recovered from the disease and were discharged in the past week —a 28 per cent increase compared to the 4,628 recoveries reported in the previous week.

As of the time of reporting, Nigeria has 108,943 confirmed COVID-19 cases. Of this figure, 85,367 have been discharged and 1,420 deaths have been recorded in the 36 states and the Federal Capital Territory.

Also, a total of 22, 156 patients are being managed across various isolation centres in the country.

The other five states with the highest number of confirmed cases are FCT, Kaduna, Plateau, Oyo and Rivers states.

Of the 36 states and the FCT, only Kogi and Cross River states did not record a new case last week nor have an active COVID-19 case.

On Monday, 1,244 new cases of the pandemic were reported in the country.

On Wednesday, 1,398 new cases of COVID-19 were reported in the country.

On Thursday, 1,479 new cases were reported in Nigeria, hence bringing the tally of confirmed cases to 105, 478.

On Friday, 1,867 new cases of the pandemic were recorded.