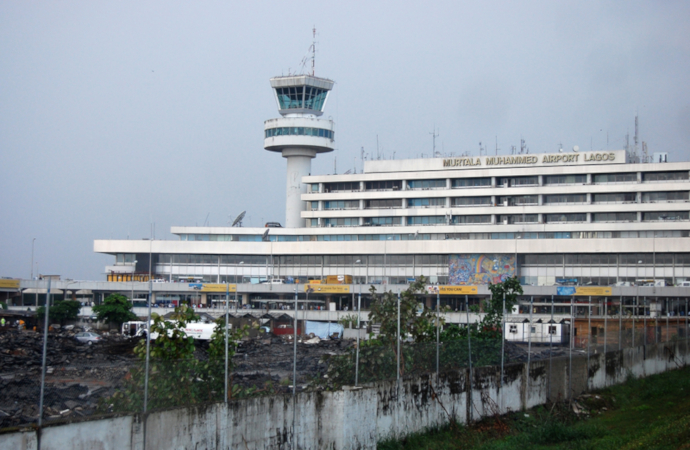 The British court ruled in a case by a Nigerian company seeking damages over an abandoned hotel project at the Lagos airport.

A British appeal court has overturned an order that prevented a Nigerian construction company from enforcing parts of a $48 million arbitration award.

The company is seeking damages over an abandoned hotel project at the Lagos airport.

The ruling was delivered in November 2020 but PREMIUM TIMES has just obtained a copy.

The award, given in favour of AIC Ltd, a construction company, was against the Federal Airport Authority of Nigeria, FAAN.

At a hearing on December 6, 2019, Veronique Buehrlen, sitting as a Deputy High Court Judge ordered that the appellant (AIC) has leave to enforce the arbitration award in its favour in the sum of $48 million, together with interest.

However, a week later, on December 13, 2019, the judge allowed an application by the respondent, FAAN, to reconsider her order of December 6, and she rescinded AIC’s right to enforce the award. She also granted FAAN relief from sanctions.

In the latest judgment, the British court of appeal allowed an appeal by the company, AIC Ltd, after finding that the lower court did not take into accounts the role of FAAN in slowing the proceedings when it reversed an earlier decision to enforce the award.

Court documents seen by PREMIUM TIMES showed that by a Deed of Lease dated February 17, 1998, FAAN leased parcels of land at Murtala Mohammed Airport in Ikeja to AIC Ltd. for a term of 50 years for the sole purpose of developing a flight path hotel and resort complex.

However, by a letter dated May 16, 2000, FAAN directed AIC to refrain from work on the hotel development and prevented it from proceeding with the construction of the hotel and resort as planned.

The company later got an award in 2010 after an arbitration panel headed by late Mr Eso was set up to resolve the concerns.

Following the publication of the award in favour of AIC Ltd by Justice Eso in 2010, FAAN filed an application at the Federal High Court in Lagos to set aside the award.

In its reaction, AIC filed three applications to, first, enforce the monetary element of the award, remit the award on a point of law, and establish a preliminary objection challenging the application filed by FAAN on procedural grounds.

Justice Buba of the Federal High Court delivered judgment on the applications on June 19, 2013, dismissing AIC’s applications and setting aside the award.

In January 2019, an apparently frustrated AIC filed an application before the High Court of Justice in England to enforce the 2010 award. FAAN challenged this application on the grounds that there is an application to set aside the award currently pending before the Nigerian Supreme Court.

Following FAAN’s application, AIC applied for an order that FAAN give suitable security in the sum of $162 million, in the event that AIC’s application to enforce the award is adjourned.

The British court noted the considerable delay in relation to the enforcement of the Award in Nigeria and FAAN’s lack of diligence in prosecuting the pending appeal. The court thus held that there should be security as a condition of the grant of the adjournment and that it would be reasonable for this to be in the sum of $24.1 million representing 50 per cent of the Award or just under three years’ worth of interest on the Award.

But in subsequent hearing, the British court rescinded AIC’s right to enforce the award and granted FAAN relief from sanctions.

AIC thereafter sought to appeal the reconsidered order and was given the express approval to enforce the award against FAAN last November.

It remains unclear whether FAAN would appeal the British appeal court verdict. Multiple efforts to speak to FAAN spokesperson, Henrietta Yakubu, were unsuccessful as her known telephone number could not be reached. A text message sent to her line was also not responded to.

For many years, AIC, owned by politician and businessman, Harry Akande, battled with FAAN for the control of the controversial piece of land in Lagos.

In June 2013, PREMIUM TIMES reported how FAAN claimed that Mr Akande used thugs to displace aviation workers at the site, adding that it had reclaimed a land it disputed with the late politician.

The then General Manager, Aviation parastatals, Yakubu Datti, claimed at the time that Mr Akande forcefully invaded the said land with some thugs and succeeded in driving FAAN staff on the site away.

In July of same year, reports said a police officer attached to AIC Limited threatened to ‘gun down’ an official of the Federal Airport Authority of Nigeria (FAAN) at the Murtala Muhammed International Airport (MMIA), Lagos.

Mr. Akande, a presidential aspirant under the defunct All Nigeria Peoples Party, extended the battles with FAAN to the courts until his death.