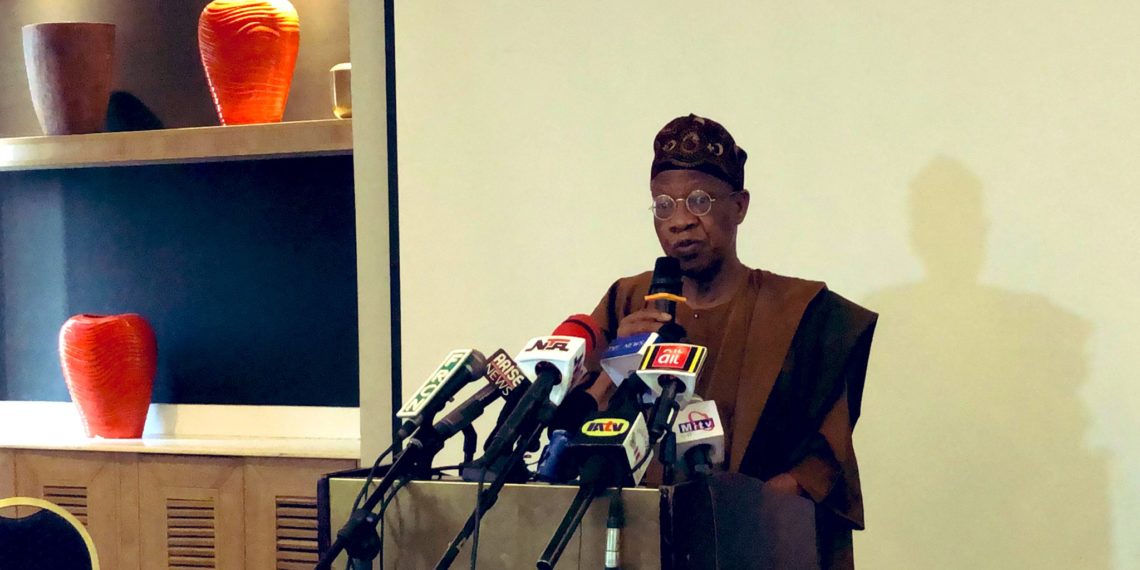 The minister says probing the military over the shooting of unarmed protesters will discourage the fight against insurgents.

The Nigerian Minister of Information and Culture, Lai Mohammed, has berated the International Criminal Court’s call for investigation into possible war crimes by the nation’s security forces as “harassment.”

In his first address to journalists in 2021, Mr Mohammed said the action could “distract the troops from fighting insurgents in the country”.

“While our security agencies continue to battle these bandits and terrorists, the ICC and some international human rights organisations, especially Amnesty International, have Amnesty International constituted themselves to another ‘fighting force’ against Nigeria, constantly harassing our security forces and threatening them with investigation and possible prosecution over alleged crimes against humanity and war crimes,” he told journalists in Lagos on Monday.

Before the recent #ENDSARS protests against police brutality, there were reports of unlawful killings of civilians by Nigerian troops, an act both foreign and local human rights organisations have condemned and requested investigation into.

Despite evidence that troops opened fire on unarmed protesters during the #EndSARS protest at the Lekki toll gate, the information minister described the incident as “massacre without bodies” and faulted the evidence as fake.

He described the ICC, Amnesty International and other organisations that had condemned President Muhammadu Buhari-led administration’s approach in managing human rights concerns as threats to the nation’s security.

“Nigeria did not join the ICC so it can become a pawn on the court’s chessboard. It beggars belief to see that a nation that is fighting an existential war against bandits and terrorists is constantly being held down by an international body which it willingly joined. Nigeria is a sovereign state and will not surrender its sovereignty to any organisation.

“ICC, Amnesty International and their cohorts should desist from threatening our troops and putting the security of our country in jeopardy. Enough is enough. It is sad that these organizations mostly rely on fake news and disinformation to reach their conclusions, as witnessed during the Endsars protest when CNN – an otherwise respected global news network – went to town with fake news of a massacre.

“As it turned out, it was a massacre without bodies. As you are aware, we called CNN out and also petitioned the network,” Mr Mohammed said.

Highlighting the APC achievements in 2020, the minister claimed there has been “tremendous progress in tackling bandits and the terrorists of Boko Haram”.

PREMIUM TIMES has, in recent months, reported extensively on the deteriorating security situation across many parts of the nation even as the security outfits appear overwhelmed.