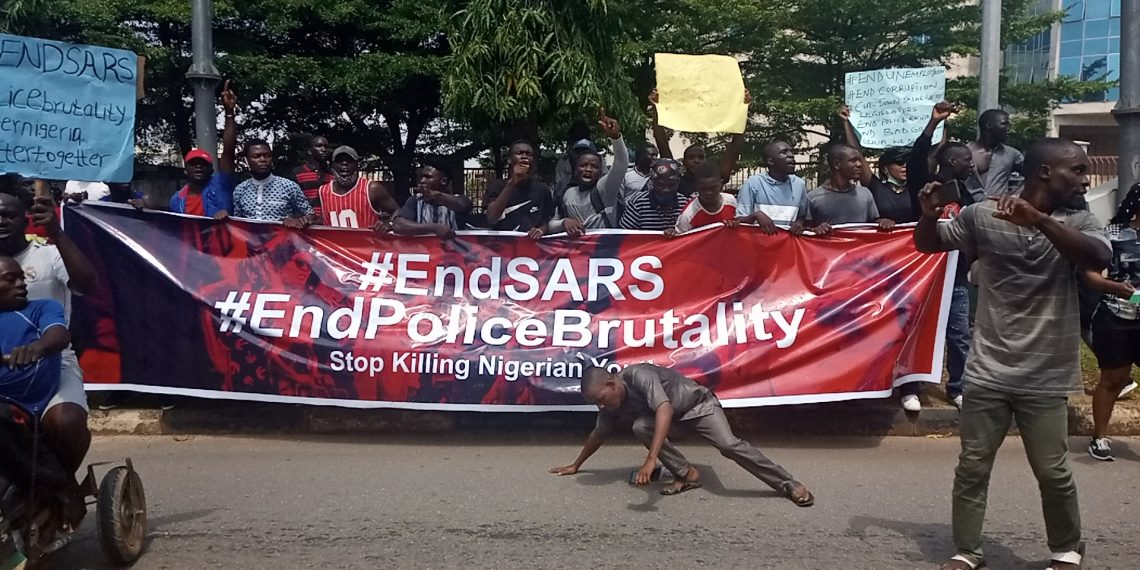 PREMIUM TIMES helps you recall some of our notable reports during the challenging year, 2020.

The year 2020 would, perhaps, go down in the annals of the century as one of the most challenging. It was a year when an unseen but very deadly virus wreaked havoc via a pandemic across the globe. The global economy, including Nigeria’s, also took a buffeting that many nations are yet to recover from.

The media, working under the same threat, was, more than ever before, forced to carry out its duties under the most extreme conditions, sometimes employing innovative methods to beat the COVID challenge.

Despite these challenges, PREMIUM TIMES reporters, constantly braved the odds to conduct numerous in-depth investigations, some of which won local and global recognition and, in many instances, initiated socio-political and economic changes in Nigeria.

We remind you of some of these great reports (in no particular order), which we believe, especially for those who may have missed them, you would enjoy reading (or re-reading). Enjoy:

20. PREMIUM TIMES is, perhaps, the only Nigerian newspaper which reported in details, what actually transpired when Nigerian soldiers opened fire on unarmed protesters, mostly the youth, who were protesting against police brutality and other societal ills at the Lekki Toll Gate in Lagos:

19.  Our investigative desk investigated how soldiers inflicted untold terror and war-grade assault on Oyigbo community in Rivers, killing many residents, and injuring others: https://www.premiumtimesng.com/news/headlines/427469-investigation-inside-the-horrific-bloodshed-and-massive-extrajudicial-killings-in-nigerias-oyigbo-community.html

18. Our reporter, braving the odds by travelling through treacherous territories between Nigerian and Benin republic helped expose unscrupulous border guards receiving bribes to help people cross between both nations despite border closures to contain the spread of coronavirus. The report emerged in the runner-up category at the prestigious Thomson Foundation Young Journalist Award:

17. Unguwan Gankon, Southern Kaduna, August 18, 2020. After she was forced to strip, pregnant Hanatu Kefas, with her three-year-old girl, was locked up in a piggery and made to roll on the stinking floor, with a ruthless gunman barking out commands.

She was not raped that day as she feared…

16. PREMIUM TIMES, in this investigation that spanned several weeks across the Southern Kaduna enclave which has been rocked by unending bloodletting for many years, explored new efforts by the denizens of the area to bring lasting communal peace.  https://www.premiumtimesng.com/investigationspecial-reports/426190-special-report-new-deals-underscore-prospects-of-peace-in-southern-kaduna.html

15. This report revealed, in details, how instead of building boreholes for villages lacking water, a government agency diverted many of the boreholes to private properties, including the house of a former head of state: https://www.premiumtimesng.com/investigationspecial-reports/420725-investigation-agency-diverts-boreholes-to-ex-head-of-states-residence-lawmakers-farm-while-community-drinks-from-stream.html

13. An exclusive which exposed how a Nigerian governor awarded a N3.6 billion contract to a firm owed by him: https://www.premiumtimesng.com/news/headlines/378590-exclusive-bauchi-gov-bala-mohammed-awards-n3-6-billion-contract-to-own-company.html

12. A moving report of how the families of Nigerian soldiers killed in the line of duty have been left to wallow in poverty and neglect: https://www.premiumtimesng.com/news/headlines/389136-special-report-families-of-nigerian-soldiers-killed-in-battles-suffer-amidst-official-neglect.html

11. An expose on how underaged internally displaced persons have become objects of sexual pleasure of officials, who are meant to cater and protect them: https://www.premiumtimesng.com/news/headlines/415976-sex-for-survival-how-officials-use-underage-idp-girls-as-objects-of-pleasure.html

10. The investigation, which spanned several months of undercover work, examines how medical referral kickback, which increases the cost of medical services by at least 20 per cent and is a leading cause of medical complications, is gaining a foothold in Nigeria: https://www.premiumtimesng.com/investigationspecial-reports/414682-investigation-how-medical-referral-kickback-scheme-makes-healthcare-expensive-ineffective.html

9. Our reporter dives into the largely unexplored world of Oyo transporters and its controversial tax scheme, where violence, corruption and extortion reign supreme:

8. In the heat of the coronavirus pandemic, PREMIUM TIMES deployed reporters across 21 states in the six geo-political regions of Nigeria and discovered how security operatives blatantly breached the ban on interstate travels and state governors did little to curtail the trend:

7. The report won the online category of the Africa Health Budget Network (AHBN). Using human angle stories, it explored why Nigeria, despite all its policies, could not meet the 2020 family planning target it set:

6. The report exposes the world of fuel smuggling and extortion, largely aided by officials along border communities between Nigeria. It assesses the ineffectiveness of restrictions in place and the government’s embargo on fuel supply to communities 20 kilometres within the country’s land borders:

5. PREMIUM TIMES takes a look at the battle for survival for poor widows and the physically challenged in some communities: https://www.premiumtimesng.com/coronavirus/401350-covid-19-bitter-tales-of-poor-widows-physically-challenged.html

4. Our first published investigation in 2020 follows the trail of cocaine trafficking in West Africa and exposes how the trend is negatively affecting the fortunes of the region:

3. The story explores how Aiyetoro, a coastal community in Ondo, South-west, faces imminent annihilation even as the authorities appear to be unperturbed over its plight: https://www.premiumtimesng.com/news/headlines/409751-special-report-ayetoro-ondo-coastal-community-faces-destruction-as-nddc-abandons-crucial-project.html

2. PREMIUM TIMES takes a dive into the dark world of illicit timber trade in Osun, South-west and how this menace contributes to rapid deforestation. https://www.premiumtimesng.com/news/headlines/428027-special-report-inside-illicit-timber-trade-in-osun-causing-deforestation.html

1. Third in a series of reports which focuses on the ordeals of rape victims in Nigerian citadel of learning and ineffectiveness of government policies to protect victims. The first two parts are inserted in the report: https://www.premiumtimesng.com/news/top-news/424250-special-report-the-ordeals-of-rape-victims-in-a-nigerian-university-3.html