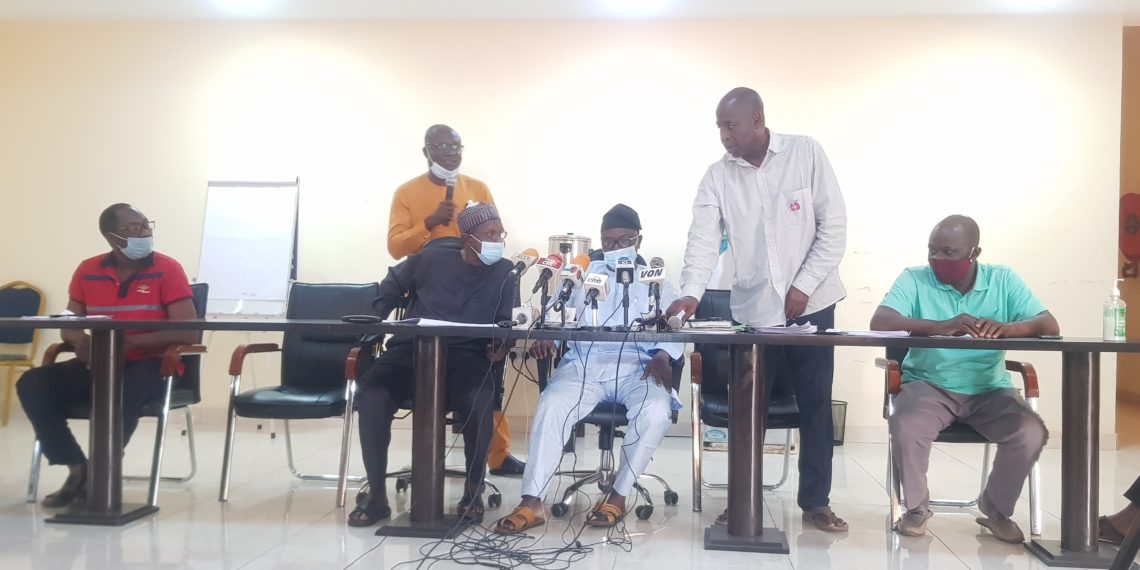 The suspension takes effect from 12:01 a.m. Thursday, making it the longest strike in the history of the country since 1999.

The Academic Staff Union of Universities (ASUU) on Wednesday said it has “conditionally” suspended the strike action it embarked on in March over the backlog of unmet agreements between its members and the federal government.

The suspension takes effect from 12:01 a.m. Thursday, the statement released by the union read, making it the longest strike in the history of the country since 1999.

The union said it has suspended the nine-month-old strike while it monitors the compliance level of the federal government to the concessions the latter has made.

Speaking at a briefing at the union’s secretariat in Abuja on Wednesday, the union’s president, Biodun Ogunyemi, said the decision was reached after its national executive council met on Tuesday.

Mr Ogunyemi noted that the suspension of the strike was sequel to the understanding the union had with the federal government, to which ASUU NEC agreed upon.

He said the agreements reached are to be met within January and March next year. Failure to meet the agreements would trigger fresh industrial actions, he said.

Asked how the latest suspension differs from previous ones, Mr Ogunyemi explained that the deadline for the implementation of the agreement with the government has been pegged at February.

“The time frame is a bit elastic. There are some items that are supposed to be addressed in January. There are some others that will drag till March or thereabouts,” he said.

“This time around, we have agreed to review the status of the implementation by February. That is our mechanism for monitoring. This was not there in some of our previous agreements.”

Mr Ogunyemi also said the union would ensure that no ASUU member suffers any loss of deserved benefits as a result of participation in the strike.

He further added that the issue of IPPIS has also been resolved as “we are the last stage of the integrity test of University Transparency and Accountability Solution (UTAS),” the alternative salary payment portal designed by the union after it disregarded the capacity of IPPIS to effectively capture its members.

On when studies would resume fully in the nation’s public universities in the light of the COVID-19 pandemic sweeping across the country, Mr Ogunyemi said the teachers were ready to resume as soon as full health measures are put in place.

He noted that the suspension is to “give the government the benefit of the doubt ” subject to how “truthful” the federal government is to its promises.

“What we have done is to give the government the benefit of doubt and that is why we have added the caveat. Should the government renege, our members are not tired of withdrawing their services,” he noted.

The suspended strike began in March over the non-payment of salaries of ASUU members who failed to enrol into the federal government’s IPPIS, a payroll software mandated for all public officials and some unmet agreements between ASUU and successive administrations.

Although Mr Ogunyemi did not give the specific concessions that have been made by the government, he told reporters that some backlogs of allowances have been paid.

He said that the union expects both the states and federal governments to release the Earned Academic Allowances (EAA) and “to faithfully implement all the agreements reached and signed with ASUU.”

The federal government has, meanwhile, released N65 billion to the universities to address some of the lecturers’ demands.

The release, Labour Minister Chris Ngige said “was proposed to be shared in two different manners. First, a proposal for N25 billion revitalisation and N40 billion earned allowances for all the unions in the universities.

The second proposal, he added, was “the issue of revitalisation getting N30 billion and earned allowances getting N35 billion.”

The government had also agreed to pay the lecturers their outstanding salaries using an older payment platform, GIFMIS, different from the controversial IPPIS. On Wednesday, however, Mr Ogunyemi said the deployment of UTAS was underway.