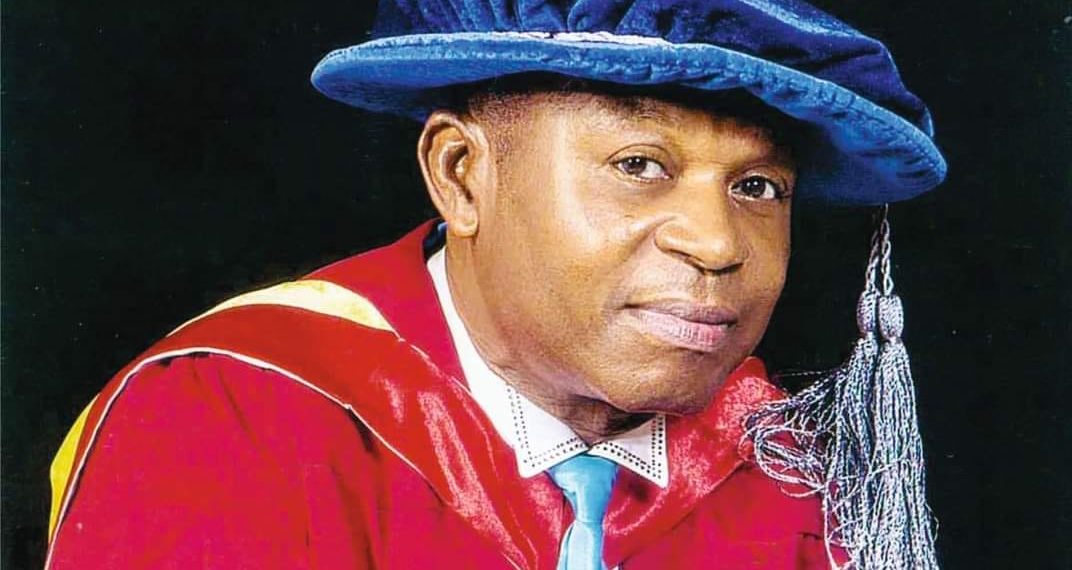 Mr Uduk is to spend five days in the prisons, till December 14, when the court will rule on his bail application.

A State High Court in Uyo, Akwa Ibom State, on Wednesday remanded in prison, a Nigerian professor, Ignatius Uduk, accused of election fraud during the 2019 general elections in the state.

He is to spend five days in the correctional facility, till December 14, when the court will rule on his bail application.

The court, presided by Justice A.E Archibong, last month issued a warrant of arrest on the professor after he repeatedly failed to appear for the commencement of his trial.

Mr Uduk, a professor of Human Kinetics in the Department of Physical and Health Education, University of Uyo, was arraigned by the Independent National Electoral Commission (INEC) on a three-count charge which includes unlawful generation of election results and lying under oath.

Mr Uduk pleaded not guilty to the charges.

Samuel Ndah, the lead counsel to Mr Uduk, told the judge his client came to the court voluntarily, not on the basis of the arrest warrant. He pleaded with the court to grant the professor bail on personal recognition.

Lawyers to INEC, however, opposed the bail application on grounds that Mr Uduk was not worthy of any personal recognition, saying that he deliberately refused to appear before the court until a warrant of arrest was issued against him.

There was initial confusion in the courtroom when the judge adjourned the case without making any remand order against Mr Uduk.

Immediately the judge retired into his chambers and lawyers and litigants started leaving the courtroom, a court clerk called out Mr Uduk, who was standing in the dock, and asked him to come forward and be seated nearby.

His lawyers, reporters, and other interested members of the public were unsure if the professor was going to be remanded, since the judge did not make any pronouncement in that regard.

“The warrant for his arrest was never executed, therefore he was not arrested. He voluntarily came to the court,” one of the lawyers to the professor told PREMIUM TIMES. “More so, the order was for his arrest, not for his remand. The judge simply adjourned the case, he didn’t say he should be remanded.”

His lawyers, wearing a forlorn look, stood up and left the courtroom, while the court clerks began preparing the remand order.

“I am already in detention here, I think it is based on the arrest warrant,” Mr Uduk said, with a smile, to a PREMIUM TIMES reporter, when asked if really, he was going to be remanded.

Mr Uduk was an ad-hoc official of INEC and the returning officer for the Essien Udim State Constituency election in 2019, in Akwa Ibom State.

In a hand-written report to INEC, Mr Uduk said he was “compelled” to declare election results not collated by him, but by undisclosed persons who handed them to him.

“However, in another deposition, this time in a typed written statement on oath, Prof Uduk, driven in a dark tinted vehicle to the Election Tribunal venue, surprisingly stood as a witness against the Commission, to defend the same election results he did not collate but were given to him by undisclosed persons,” INEC had said in a statement.

Mr Uduk, before now, had refused to appear before a panel set up by INEC to investigate the alleged election fraud. He even threatened, through his lawyer, to sue INEC if the election commission continued to “pester” him with an invite to appear before the panel.

Another professor, Peter Ogban, in the same university, was similarly arraigned for election fraud in November, for allegedly trying to help a former senator, Godswill Akpabio, win re-election.

Mr Akpabio, who is now the minister of Niger Delta Affairs, lost the election to the Peoples Democratic Party’s candidate, Chris Ekpenyong, a former deputy governor of Akwa Ibom State.

This is the first time ever that INEC will be prosecuting two professors for fraud.