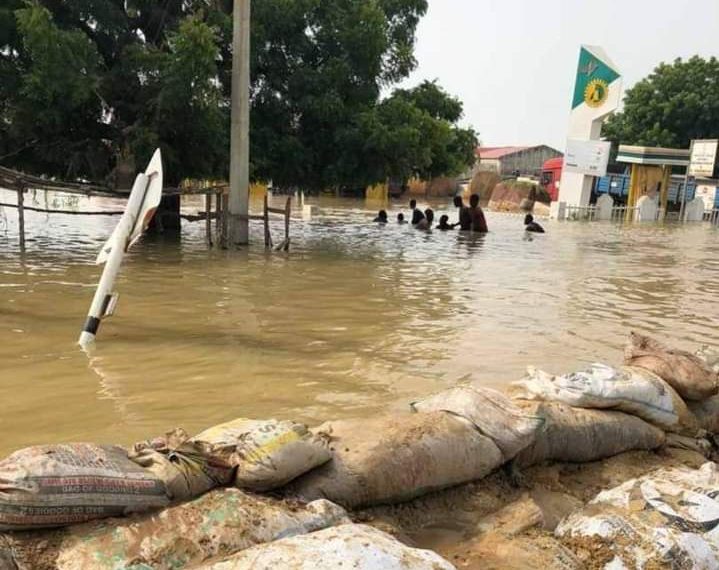 The National Emergency Management Agency (NEMA) has said that no fewer than 129,000 persons were affected, while 68 persons were killed by flooding in different parts of the country this year.

The Director-General of the agency, Muhammadu Muhammed, disclosed this at the 2020 Flood After Action Review Technical Meeting organised for concerned parties on Monday in Abuja.

The News Agency of Nigeria (NAN) reports that the meeting had in attendance heads of state emergency management agencies, dam managers, heads of zonal, territorial and operational offices of NEMA, among other stakeholders.

Mr Muhammed said the flooding, which had devastating impacts on lives, properties and farmlands, affected 320 local government areas in 35 states including the Federal Capital Territory (FCT).

“It led to loss of lives, it destroyed houses and washed away farmlands across the country, thereby having (a) negative impact on food security,” he said.

According to him, the after-action review meeting became necessary in order to improve performances by reflecting on activities, avoiding past mistakes and replicating successes.

He added that the agency was determined to support state emergency management agencies to build their capacities and enhance their response capabilities to disasters.

He also appreciated the Nigerian Armed Forces for their technical and logistical support in terms of preparedness, mitigation and response to floods in the affected areas.

The Chairman, Kebbi State Emergency Management Agency, Sani Dododo, who spoke on behalf of the state agencies, called on his colleagues to give NEMA more support to save guard lives and property.

He added that each state should take note of the various weather seasons and possible disasters associated with them to work towards mitigating their effects.

The Director-General, Nigeria Hydrological Services Agency (NIHSA), Clement Nze, added that the impact of the floods on farmlands had greatly threatened food security in the country.

He, however, assured of his agency’s readiness to work closely with NEMA to promote inter-agency collaboration to avert flood disasters in the country.

Dubawa, others partner WHO to tackle COVID-19, other health misinformation