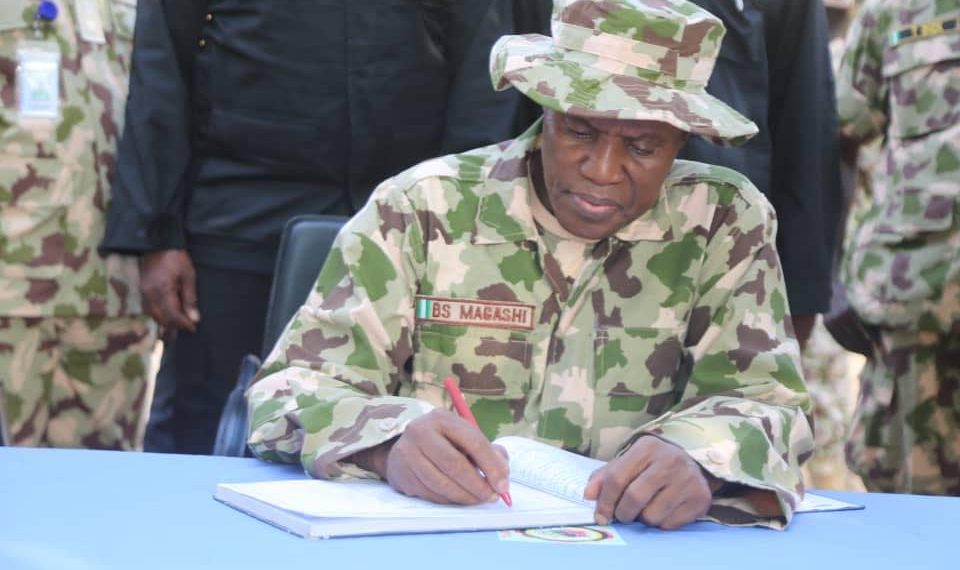 The United States Army got Nigeria’s permission to rescue its citizen in northern Nigeria, the minister of defence, Bashir Magashi, has said.

He said this to journalists at the National Assembly on Tuesday, shortly after the ministry’s budget defence.

The chief Pentagon spokesperson, Jonathan Hoffman, said in a statement that the U.S. forces conducted the operation during the early hours of 31 October.

“No U.S military personnel were injured during the operation. We appreciate the support of our international partners in conducting this operation,” he said.

Mr Magashi’s comment was in reaction to speculations as to whether or not the U.S Army violated Nigeria’s sovereignty by coming into the country to carry out the rescue operation – which he responded in the negative.

“The United States of America contacted the Nigerian government to undertake that operation. There is nothing wrong with a friendly nation taking permission to conduct an operation which is for the mutual good of the countries. That is why we allowed it to happen,” he said.

When asked how Nigeria has been able to exploit the friendliness between both countries to fight the insurgency, he said such information is confidential.

“It is something that can be discussed later. It is not meant for the consumption of the public. To be honest but certainly, we are making efforts and they have been helping us greatly in areas where we have difficulties and we are still asking for more,” he said.

The minister also blamed the lack of modern equipment by the Nigerian military on some advanced countries whom he said were trying to block Nigeria from owning some technologies to fight insurgency.

Although he did not mention any country, he said they “want Nigeria to keep buying military equipment from them.”

“It is natural. They want to sell their equipment so they will try to make it difficult for developing countries to have what they want,” he said.

For years, Nigeria has been struggling with insecurity ranging from kidnapping, armed banditry to terrorism which has claimed many lives.

Dozens killed in Ethiopia by ‘rebels’