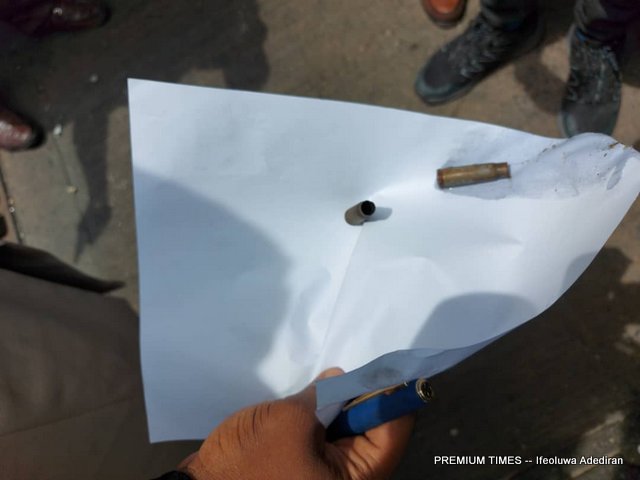 The judicial panel appointed by the Lagos State Government to investigate police abuses and the shooting at the Lekki toll gate, has recovered bullet shells from the scene.

The Nigerian Army, accused of carrying out the attack believed to have killed at least two people, had initially denied its troops were at the scene.

It later admitted soldiers were there on the invitation of the state government, but insists they shot no one, despite video evidence showing otherwise.

The bullet shells, found during an inspection of the Lekki site by the panel led by Dorris Okuwobi, would be expected to serve as critical evidence to establishing the truth.

The shells were recovered in the presence of journalists and the inspection was done alongside representatives of the Lekki Concession Company.

The representatives, Abayomi Omoruwa and Gbolahan Agboluaje, had earlier appeared before the judicial panel on Friday to present the CCTV footage recovered following the shooting.

The panel did not receive the CCTV footage. It said the main assignment for the Friday was to visit the incident site.