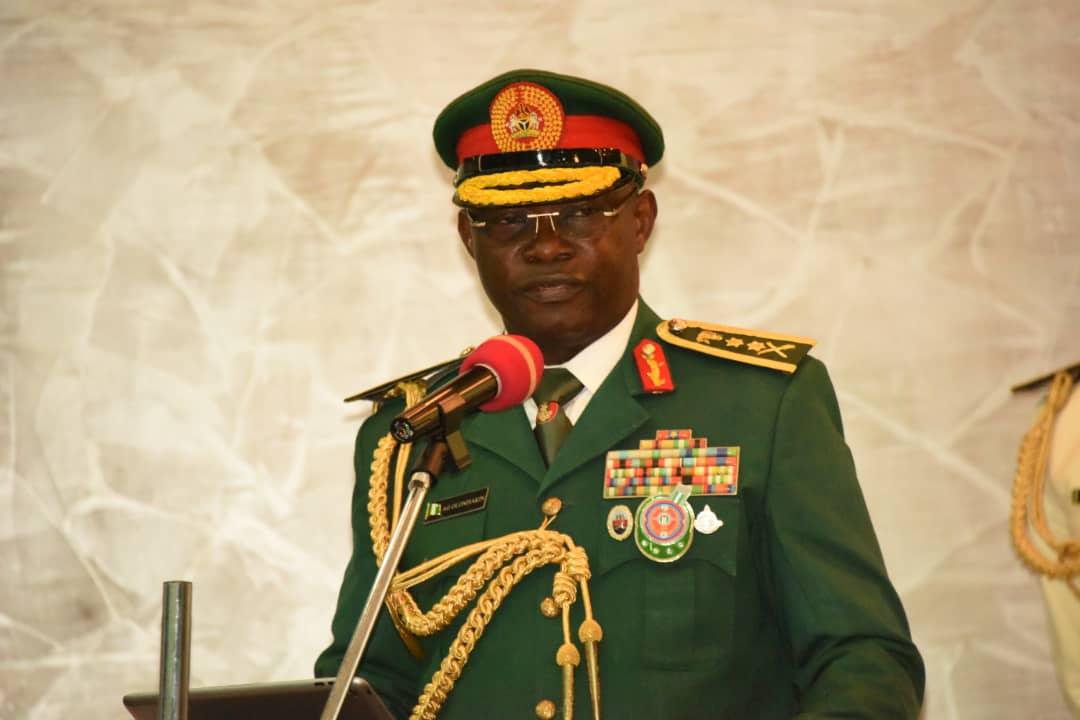 EXCLUSIVE: Nigerian military gears up to crack down on looters, hoodlums

The Nigerian armed forces are launching a major nationwide crackdown on looters and hoodlums as chaos continues across the country, PREMIUM TIMES has learnt.

The operation, which was ordered by the nation’s defence headquarters, is poised to see a major deployment of military formations to put an end to breaches of public order by the criminals looting public and private assets across the country, military sources familiar with the matter said.

For the operation, the military command has therefore ordered the cancellation of all leave and passes for its personnel. Sources also said no new leaves would be granted while the operation lasts. Also, all personnel on leave have been ordered to resume “with immediate effect.”

Personnel of the tripartite military branches –the navy, air force and army – are now expected to return to their formations, sources said.

Sources said the military headquarters has ordered authorities in the headquarters of the Nigerian Army, Navy, and Airforce to ensure compliance with the orders.

Also charged with the directive are the National Defence College (NDC), which is the highest military institution for the training of senior military officers in Nigeria; the Armed Forces Command and Staff College (AFCSC), Jaji, Kaduna, a joint service training institution for all armed forces.

Also included in the order are authorities of the Nigerian Armed Forces Resettlement Centre, (NAFRC), Lagos; the Nigerian Defence Academy (NDA); the Defence Intelligence Agency (DIA); the Military Pensions Board (MPB); and the Defence Industries Corporation of Nigeria (DICON).

PREMIUM TIMES understands that the Nigerian Army complied with the directive a week after the order was rolled out.

A week after the order was given, the Nigerian Army also ordered the temporary closure of all the schools within the jurisdiction of its 82 division, a formation headquartered in Enugu.

The formation includes the 2 Brigade at Port Harcourt, 13 Brigade at Calabar and the 34th Artillery Brigade at Obinze/Owerri.

Security agencies have struggled to contain the chaos that broke out across the country after the #EndSARS protests that sought sweeping police reforms were hijacked by hoodlums.

The fallout from the nationwide protests took a violent turn when hoodlums committed wanton acts of destruction on public and private facilities and looted warehouses in the past week.

It is therefore believed that the directive from the military headquarters to deploy troops to contain the excesses of the thieves and looters is to restore normalcy across the country.

However, the extent to which the troops would act is still unknown, largely because of their tendency to use brute force, manhandle citizens and trample on human rights.

On Tuesday, a man was reportedly shot in the groin area by personnel of the Nigerian army on Tuesday at the Kubwa area of Abuja.

There is palpable fear among the civilian population about this, especially because of the unclear circumstances behind the shooting of peaceful protesters at the Lekki toll gate, last Tuesday, which witnesses said was by Nigerian soldiers, a claim the military has denied, despite a plethora of footages showing otherwise.

The publicist of the Nigerian Army, Sagir Musa, directed all comments to the defence headquarters.

A spokesperson of the military defence headquarters, Onyema Nwachukwu, declined comment. He was reached via phone calls and a text message on Tuesday.

Meanwhile, at a briefing on Monday, Mr Musa, said that troops of the Nigerian, as directed by army chief, Tukur Buratai, have been readied to “prevent the ongoing looting of public and private properties by miscreants and criminals across the country.”

He said the chief of army staff has directed his troops to respond “quickly and decisively” to any attempt by “elements or destabilising agents” to cause a breach of the law and order.