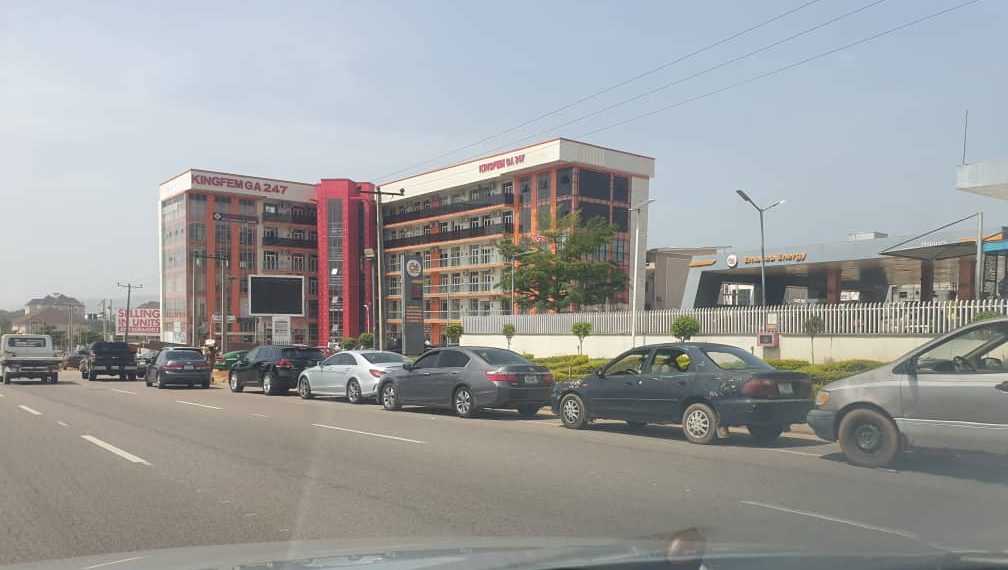 There are also fears that PENGASSAN is set to commence a strike.

Residents of the Federal Capital Territory and environs on Tuesday expressed worry over the return of long queues of anxious motorists at filling stations in the city since late Monday.

It was not immediately clear what the cause of the latest queues was, as the Nigerian National Petroleum Corporation (NNPC) management moved swiftly to allay fears of possible fuel scarcity.

The NNPC spokesperson, Kennie Obateru, on Tuesday cautioned motorists against panic-buying, saying the corporation has sufficient stock of petrol in its depots across the country.

Mr Obateru, who assured that normalcy in the supply of petroleum products would soon be restored, blamed the long queues at filling stations in Abuja and environs to the impact of the curfews imposed in some states to stem the breakdown of law and order after the recent #EndSARS protests across the country.

“The curfew affected the free movement of fuel tankers to the fuel depots to loans products and supply to the filling stations. There is no need for panic buying. There is sufficient stock of petroleum products (over two billion litres) sufficient to sustain sufficiency for over 60 days,” Mr Obateru said.

The National Vice President of the Independent Petroleum Marketers Association of Nigeria (IPMAN), Abubakar Maigandi, who spoke with PREMIUM TIMES on the latest development, corroborated the NNPC’s explanation.

Mr Maigandi said with the recent crisis in sections of the country following the #ENDSARS protests, it was normal to expect disruptions in key sectors of the economy.

He said one such sector that was likely to be impacted would be fuel supply and distribution. He said the curfew imposed by the Lagos State government affected the lifting of products from NNPC fuel depots, which supplies more than 70 per cent of the fuel consumed in the country.

Besides, he said as a result of the attacks and burning of fuel tankers in some parts of the country by irate youths, the National Association of Road Transports Owners, whose members own most of the fuel tankers, ordered that lifting of products be suspended till further notice.

Meanwhile, a source close to the Petroleum and Natural Gas Senior Staff Association of Nigeria (PENGASSAN) told PREMIUM TIMES that the queues at filling stations were a reaction by motorists anticipating a possible disruption in fuel supply prior to the expiration of the Friday deadline to government.

The PENGASSAN, which is currently locked in a dialogue with the government over the subsisting disagreement concernment the enrolment of its members on the Integrated Personnel Payroll Information System (IPPIS), gave midnight of Friday, October 30, 2020, as the deadline to resolve the issue or face a nationwide strike action.

A Technical Committee set up by the Federal Ministry of Labour and Employment to dialogue on the issues with the union reportedly reached a decision that failed to meet the minimum demand of the PENGASSAN, which is insisted that its members be removed from enrolment on the IPPIS platform.

However, the Office of the Accountant General of the Federation, which is handling the exercise through its IPPIS Office is insisting that the presidential directive must be enrolled on the payroll, must be complied with.

Indications are that the PENGASSAN is already mobilising its members to prepare to withdraw their services, including lifting and distribution of petroleum products, in the event that the government sticks to its position at the expiration of the deadline on Friday.