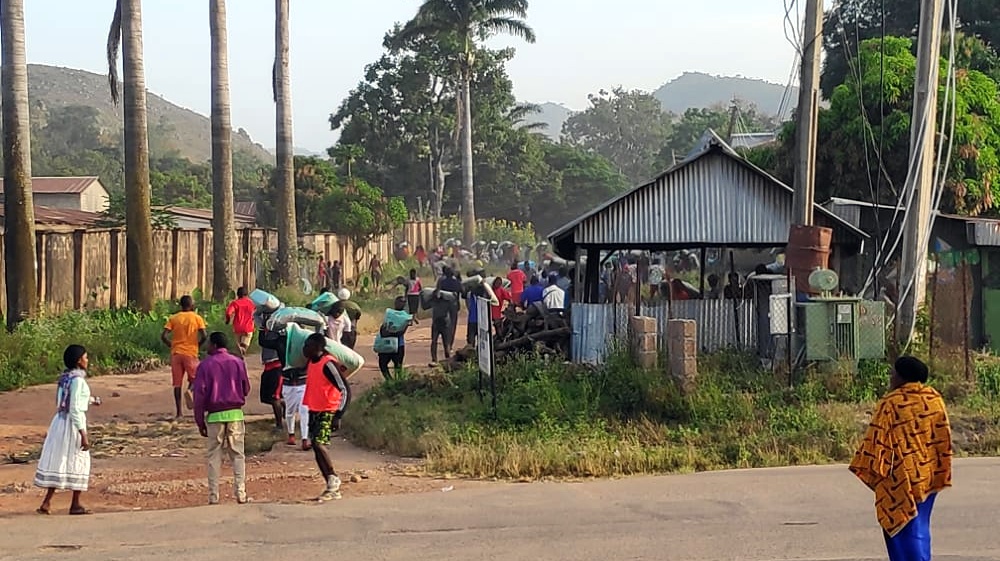 Hoodlums have again invaded a warehouse in Jos, the Plateau State capital.

Despite curfew, hoodlums ransack another warehouse in Jos

The looters claimed to be searching for COVID-19 palliative items yet to be distributed.

Hoodlums have again invaded a warehouse in Jos, the Plateau State capital. The latest warehouse was filled with fertiliser and the hoodlums carted away several bags of fertiliser and farm implements believed to be from the office of the Plateau Agricultural and Development (PADP).

The invasion occurred early Sunday morning, despite the reinstatement of a 24-hour curfew in Jos on Saturday.

The thieves broke into the warehouse claiming they were searching for COVID-19 palliative items yet to be distributed.

PREMIUM TIMES learnt that the items are those of the Fadama Project 4 which were provided by the state government in collaboration with international agencies.

Video and pictures obtained by this newspaper show the hoodlums carrying bags of fertiliser and other farm inputs along the Dogon Dutse axis.

The Sunday incident occurred hours after Saturday’s vandalisation of a warehouse in Bukuru town, where a substantive amount of COVID-19 palliative, mainly food items like rice and noodles, was looted by the hoodlums.

The Plateau State Government had after the Saturday incident reinstated a 24-hour curfew earlier imposed in Jos-North and Jos-South local governments. The curfew was earlier introduced following the violence that occurred after the #EndSARS protest against police brutality in the state.

The state government which had condemned the Saturday looting was yet to react to Sunday incident at the time of this report.