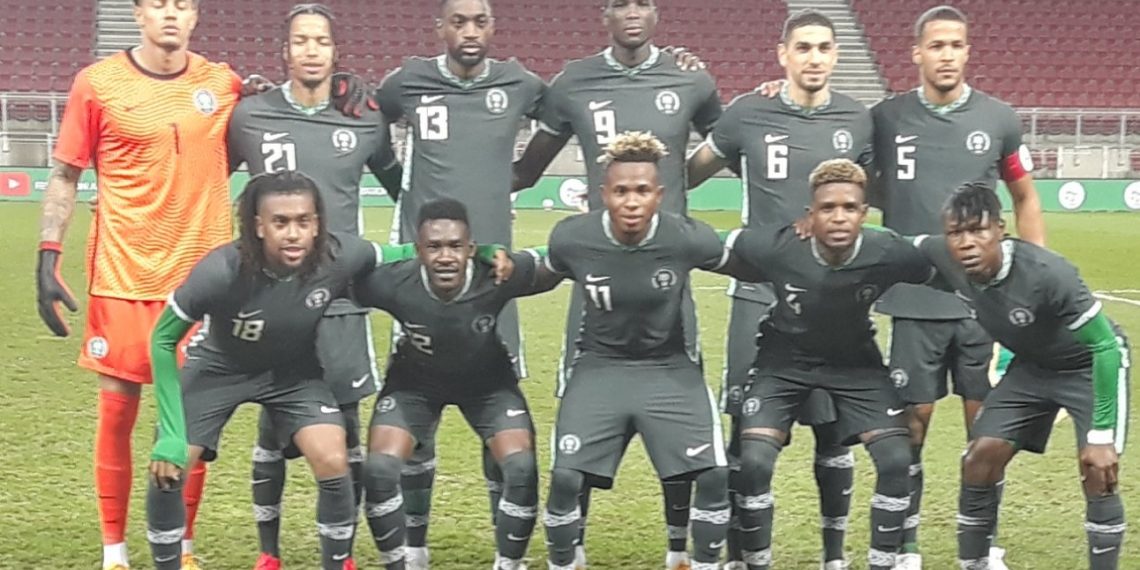 FIFA Rankings: Nigeria drops out of Top 30 teams In the World

Algeria overtook Nigeria on the rankings after their recent win over the Super Eagles.

The Super Eagles of Nigeria are no longer among the top 30 teams in the world after they dropped three places in the latest edition of the monthly FIFA rankings released Thursday.

The Super Eagles who were occupying the 29th spot previously are now ranked 32nd in the world.

The Nigeria national team are also no longer the third highest-ranked African team as they have also been overtaken by the Desert Foxes of Algeria.

Nigeria’s slip on the FIFA Rankings was anticipated following their inability to record any win in their friendly games against Algeria and Tunisia.

The Desert Foxes pipped the Super Eagles 1-0 in the friendly match between the two sides and that has helped the reigning African champions move five places up to become the 30th ranked team in the world alongside Serbia.

For Tunisia who forced Nigeria to a 1-1 draw also in Austria, they maintained their ranking as the world’s number 26th team , as well as Africa’s second-highest ranked team only behind Senegal.

Morocco, Ghana, Egypt Cameroon, Mali, and Burkina Faso in that order complete the roster of Africa’s top 10 teams for October.

Meanwhile, there were no changes within the five top-ranked teams as Belgium, France, Brazil, England, and Portugal all kept their places.

However, the gap between these countries have been reduced; a development that suggests that the table might be turned in the next FIFA/Coca-Cola World Ranking to be published on November 26.

According to the world football governing body, the biggest climber this month was Malta (180th, + 6), who jumped six places courtesy of victories over Gibraltar (195th, unchanged) and Latvia (142nd, -5) and a draw with Andorra (145th, -8).

FIFA also revealed that 120 international fixtures where played in October to help compute this latest ranking.

My heart goes out to all victims of Lekki shootings – Osinbajo