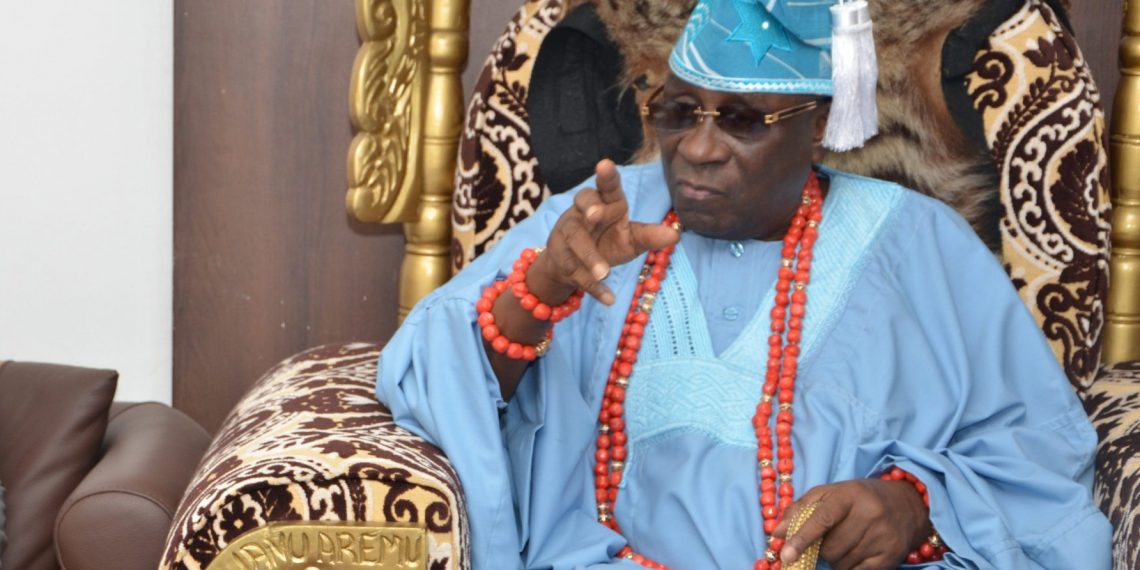 Mr Akiolu, a retired senior police officer, is a staunch supporter of the ruling All Progressives Congress (APC).

A team of armed soldiers on Wednesday morning rescued the Oba of Lagos, Rilwanu Akiolu, from angry protesting youth who reportedly invaded the palace and attempted to burn it down.

Confirming the development to PREMIUM TIMES, the personal assistant to the monarch, Deoye Olumegbon, said a team of soldiers in about five vehicles had responded to a distress call and whisked Mr Akiolu away.

“Kabiyesi is safe. Soldiers came to rescue him. But thugs have vandalised and looted the palace. No one is dead but they carted away valuable properties,” Mr Olumegbon, a prince from the Olumegbon royal family, told our reporter on the phone.

Other witnesses, including a worker at a nearby government hospital, who craved anonymity, confirmed to PREMIUM TIMES how rampaging youths had besieged the palace after successfully burning down the Ebute Ero police post.

The police post, which is located in Idumota, has the palace as part of its jurisdiction.

According to Mr Olumegbon, the divisional police officer at the police post, who was identified simply as Shina, reportedly suffered an injury during the crisis.

He, however, said the palace was not set ablaze as reported in some media.

Another resident of the palace, identified simply as TJ, told our reporter that as of 12 noon, the police officers at the Area A command at Lion Building, Lagos Island, are repelling attacks from hoodlums who are currently attempting to set it ablaze.

Mr Akiolu, a retired senior police officer, is a staunch supporter of the ruling All Progressives Congress (APC). In 2015, he threatened to harm non-Yoruba speaking residents of the city if they failed to vote for the party’s candidate, Akinwunmi Ambode, during the governorship election.

ALSO READ: I prefer Buhari to Obasanjo – Oba of Lagos

Meanwhile, the house of the mother of the governor of Lagos State, Babajide Sanwo-Olu, was also razed on Wednesday morning. The house is located on Akerele Street in Surulere.

One of the governor’s aides, who confirmed this to our reporter on the phone pleaded anonymity, saying he was not authorised to speak on the matter.

The source could, however, not confirm whether there was a casualty or not.

Several other public buildings including the Lagos State Emergency Management Agency Response Unit (LRU) facility in Lagos Island; the Lagos State Materials Testing Laboratory and Public Works Corporation, both at Berger; several BRT bus stations, including the ones at Berger and Oyingbo; and the Nigerian Ports Authority (NPA) building, have also been set on fire.

EndSARS: Address Nigerians before it is too late, Olubadan tells Buhari