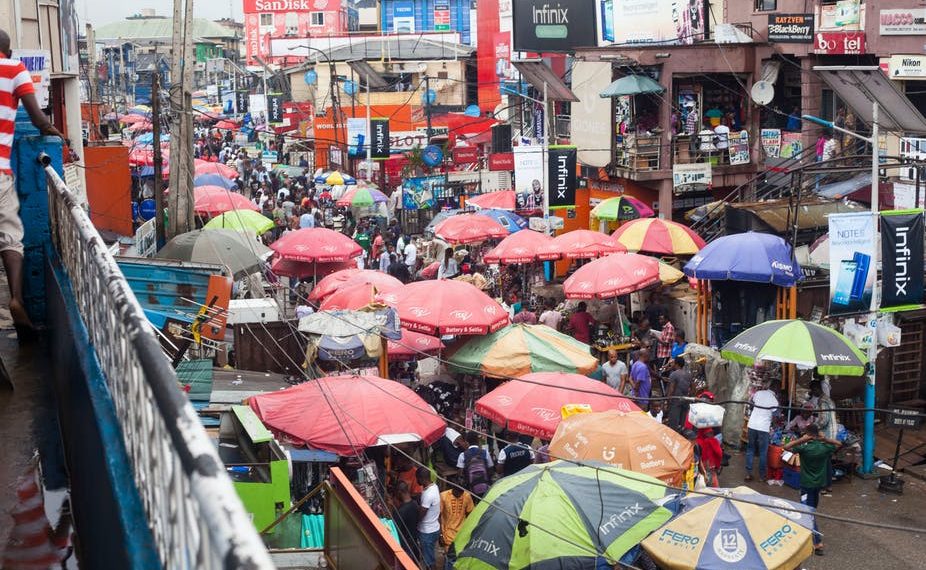 The FinCEN files say the transactions involved unidentified entities or individuals located in or banking in high risk jurisdictions.

These companies are part of a network of business concerns that had financial dealings with a China-based firm, Hdsee Technology Ltd, which account is suspected “as a “pass-through” vehicle to transfer funds.

The FinCEN files say the source and purpose of the transactions were in doubt and the account was reported to the Joint Financial Intelligence Unit (JFIU) for possible closure.

The discovery is part of a global investigation, otherwise known as #FinCENFiles, by the International Consortium of Investigative Journalists, BuzzFeed, and 108 other media partners, including PREMIUM TIMES, which operate in 88 countries of the world.

The leaked FinCEN files are a large volume of confidential financial reports relating to the transaction activities of world leaders, terrorists, drug dealers and money launderers and filed by banks and other financial institutions to the government of the United States of America (USA) as required by the Bank Secrecy Act.

This investigation, which spanned 16 months, is a collaborative work involving more than 400 journalists, including those from PREMIUM TIMES.

The New York branch of the Standard Chartered Bank, which acted as correspondent bank, flagged the transactions as suspicious on April 15, 2013.

According to Standard Chartered Bank, a money laundering SAR was filed on Hdsee Technology Limited with case reference number C20120101872, as part of the branch’s “ongoing anti-money laundering compliance efforts.”

It said the review of the alerts generated by automated detection scenarios against the company’s accounts and transactions and together with an expanded wire transfer search performed on August 4, 2013, covering November 1, 2012 and April 5, 2013, revealed negative risk management response (RM Response), and round dollar amounts remittances, which is described as a known as one of the antics used for money laundering.

The bank, according to the FinCEN files, further stated that; “Transactions involved unidentified entities or individuals located in or banking in high risk jurisdictions relative to money laundering such as Nigeria.”

The purpose of the transactions, as stated in the Remittance Reference, are “Pymt for goods” and “Payment for goods B/O: Point Tech Ltd.”

The transactions occurred from November 1, 2012 through March 27, 2013 utilising account 5090409451 at Fidelity Bank Plc, which in turn utilised a US correspondent Deutsche Bank Trust Co Americas.

Similarly, Emcel Link Nigeria Limited, with its address as 6 Otigba Street, Computer Village, through its Standard Chartered Bank account 0001022748, engaged in 39 transactions totalling $3,148,470.00, amounting to 11 percent of the total transaction. The transactions were occurred between November 7, 2012 and April 2, 2013.

The company also used another account, 5090318238 with Fidelity Bank Plc, which in turn utilised USA correspondent Deutsche Bank Trust Co Americas. “The purpose of the transactions as stated in the Remittance Reference is “/RFB/GOODS BOUGHT.”

Meanwhile, Zenco Communications Limited, located on 6 Ola Ayeni Street Ikeja, Lagos, made 28 transactions totalling $2,799,300.00, and amounting to nine percent of the total funds received by the beneficiary, that is, Hdsee Technology Limited.

Between August 11, 2012 and March 28, 2013, Zenco Logistics Limited, with address at 4 Otigba Street, Computer Village, Lagos, remitted 25 transactions totalling $2,499,375.00 and amounting to eight percent of the total funds received by the beneficiary.

The company, the FinCEN files indicated, used its Fidelity Bank Account 5090332137 to remit the funds.

Also, Domtonia International Company Limited, with address at 7 Otigba Street Computer Village, Ikeja, remitted 29 transactions totalling $2,230,025.00 or eight percent of the total remittances which occurred between August 11, 2012 and April 5, 2013, utilising Fidelity Bank account 5090357071. “The purpose of the transactions as stated in the Remittance Reference is “Pymt for Goods B/O: Samtex” and “Payment For Goods B/O: Domtonia.”

The Prolink Communications Ltd, which is located on 28 Otigba Street, Computer Village, Lagos, remitted 61 transactions totalling $1,902,681.00 which represents six per cent of the total remittances to Hdsee Technology Limited.

On the part of Equitoni International Limited, which is located on 15, Adepele Street, Computer Village, Ikeja, made 18 remittances totalling $1,164,485.00 representing four per cent of the total transactions.

Lovesac Creation Ltd, which trades in babies and kiddies products, made nine remittances totalling $809,775.00 representing three per cent of the total transactions which occurred from January 22, 2013 to April 5, 2013 utilising its Fidelity Bank account 5090475036.

According to the FinCEN files, there were additional 71 transactions totalling $4,403,153.45 representing 15 of the total transactions received by Hdsee Technology Limited within the same period under investigation. The transactions, the New York branch of Standard Chartered Bank reported, involved 18 counterparties.

Others are Liberty Devices that remitted $149,950.00 and Spectrum Innovation Technologies Limited that transferred $124,925 to Hdsee Technology Limited.

Officials of some of the companies PREMIUM TIMES contacted either claimed ignorance of the transactions or declined comment.

During different telephone calls to some telephone lines provided on the website of Emcel Link Nigeria Limited, two individuals who identified themselves simply as Isioma and Angela, said they no longer work with the company.

Angela promised to send the contact of an officer with the company, who she identified simply as Ijeoma. However, more than 24 hours after, she is yet to keep her promise.

An official of Lovesac Creation Limited, who refused to identify herself, said the description of the company is correct but the details of the transaction is strange to her.

“Maybe it is another company,” she said. “We are unaware of what you are saying.”

Similarly, a woman associated with Spectrum Innovations Technology Limited, who was identified by as “Spectrum Madam” also confirmed the identity of the company but denied any dirty deals.

She requested details of the investigations, which were shared with her via WhatsApp. She promised to revert but is yet to do so as of the time of filing this report.

Some of the companies could not be traced as their addresses seem to have changed. There are also no websites or telephone numbers provided for them in the FinCEN Files.