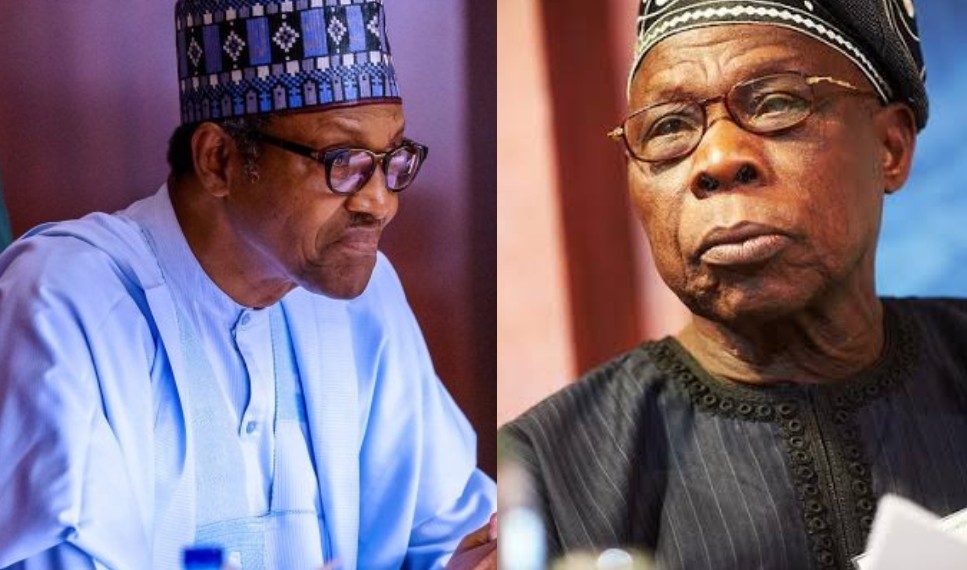 Mr Buhari's Thursday statement, made as part of his 60th anniversary speech, appeared to be his direct response to Mr Obasanjo.

President Muhammadu Buhari Thursday blamed Nigeria’s leaders since the current democratic dispensation for the “near destruction of the country.”

Although the president did not mention the leaders by name, he made direct reference to those who ‘presided over’ Nigeria between 1999 and 2015, questioning how such leaders had the ‘impundence’ to criticise his administration.

“Those in the previous Governments from 1999 – 2015 who presided over the near destruction of the country have now the impudence to attempt to criticize our efforts.

Thursday’s statement was Mr Buhari’s first personal reaction since the latest criticism of his government by Mr Obasanjo.

PREMIUM TIMES reported how Mr Obasanjo lamented the worsening security and economic situation in the country, blaming Mr Buhari’s government for it.

“Nigeria is fast drifting to a failed and badly divided state; economically our country is becoming a basket case and poverty capital of the world, and socially, we are firming up as an unwholesome and insecure country,” Mr Obasanjo said.

Mr Obasanjo’s stance was backed by many Nigerians including Nobel Laureate Wole Soyinka.

Mr Buhari’s Thursday statement, made as part of his 60th anniversuary speech, appeared to be his direct response to Mr Obasanjo.

WHAT MY GOVERNMENT IS DOING FOR WEAKER CITIZENS

The President while explaining the efforts his government have put in place to ease the hardship Nigerians are going through in the face of harsh economic realities said he has introduced “unprecedented measures to the ‘weakest members of the society.”

He listed some of the intervention to be Tradermoni, Farmermoni, School Feeding Programme, Job creation efforts and Agricultural intervention programmes.

He said no government in the past did what they are doing with such scarce resources.

“We have managed to keep things going in spite of the disproportionate spending on security.”

“Those in the previous Governments from 1999 – 2015 who presided over the near destruction of the country have now the impudence to attempt to criticize our efforts.”

He said in the circumstances the country has found itself, a responsible government must face realities and take tough decisions.

Since the president came into office in 2015, he has continued to blame his predecessors for most of the woes bedeviling the country.

One of the most recent was in 2019 when he played host to the new executive of Trade Union Congress (TUC).

Then, he accused the previous governments for the hardship Nigerians are currently going through.

“You will agree with me that all these challenges and many more, were long ago left unattended to thereby leaving the country in the mired state we inherited.

“You all will also testify to having seen and experienced what we have put in place as an administration to address these challenges,” the president said.

Mr Buhari’s Thursday statement shows he is unperturbed by the criticisms from many Nigerians who accuse him of always throwing blames on past administrations rather than solving the problems.