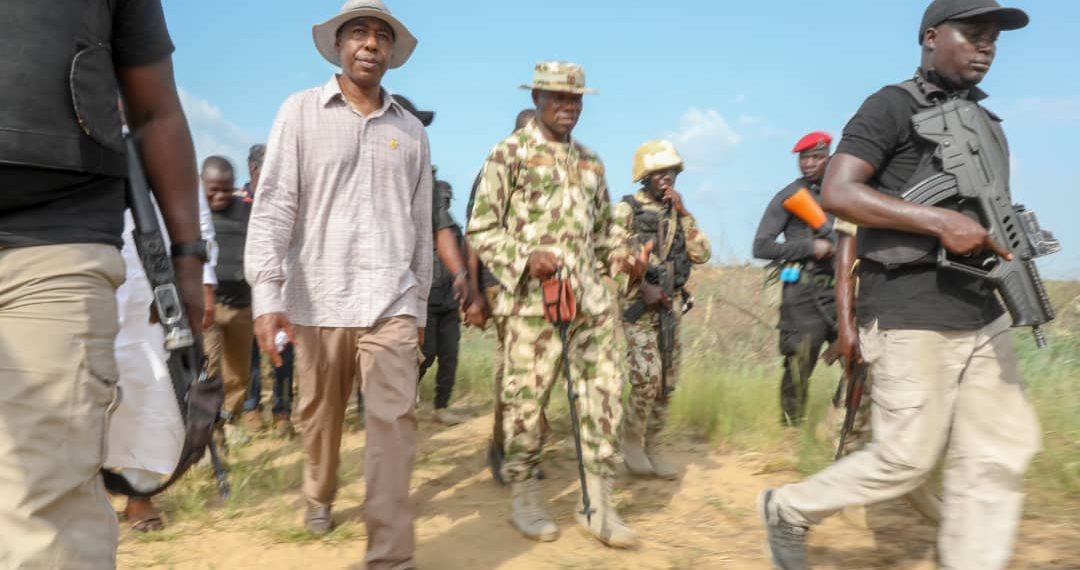 The governor says 11 security personnel were killed in the ambush.

Governor of Borno State, Babagana Zulum, on Saturday confirmed the attack on a convoy of government officials by suspected Boko Haram which led to the death of many security personnel.

PREMIUM TIMES had reported how at least 15 security personnel, comprising soldiers, police officers and operatives of the Civilian-JTF were killed in an ambush while on escort duty to officials of the state government as they headed towards Baga town.

Governor Zulum was billed to officially return the people of Baga to their communities nearly three years after Boko Haram sacked them.

The governor’s spokesman, Isa Gusau, in a statement issued on Saturday explained what happened.

He said three separate convoys, one of the governor, the second, that of a government committee, and the third, a security escort team, were arranged for the trip.

Mr Gusau explained the security team was attacked long after the others had arrived Baga.

Mr Gusau said his boss was saddened by the loss of lives.

“Governor Babagana Umara Zulum is saddened by this unfortunate carnage. He shares the grief of families of these 11 priceless heroes to whom Borno shall remain grateful,” the statement read in part.

Local sources had earlier confirmed that soldiers too died in the attack.

He said, “Baga is Borno’s largest fishing community in the shores of the Lake Chad with waterways to neighbouring countries is considered strategic to Boko haram’s operation.”

He said “the Governor was already in Baga performing his duties when the rear convoy of backup security got attacked.”

The governor and his entourage did not travel by road. They were flown from Maiduguri to Baga by a military chopped at about 11 a.m.

Mr Gusau said the two convoys- “one belonging to the governor and another for a committee on Baga reconstruction had safely plied the Maiduguri-Baga route before the third convoy of security men was ambushed.”

Governor had on August 31 inaugurated a resettlement committee, which was mandated to commence immediate reconstruction and rehabilitation of Baga.