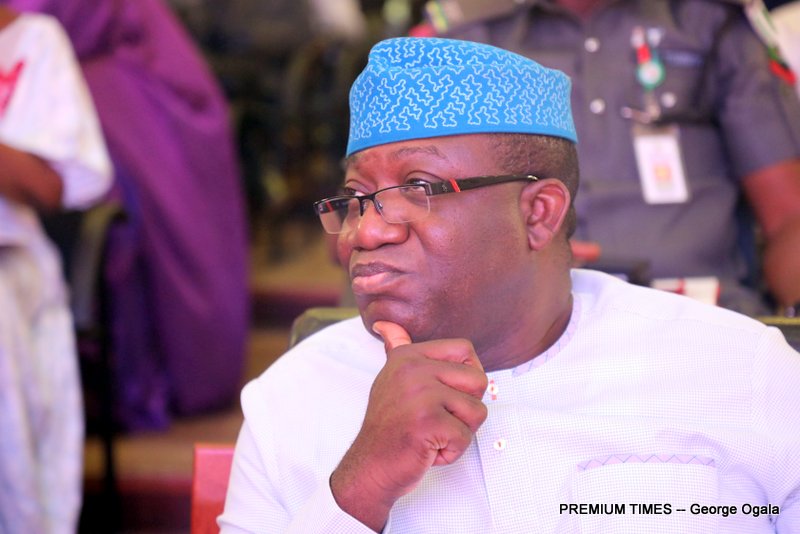 "Governor Kayode Fayemi remains the leader of the party in Ekiti State."

The national secretariat of the ruling All Progressives Congress (APC) has condemned the ‘suspension’ of the Ekiti State Governor, Kayode Fayemi, by a faction of the party in the state for alleged anti-party activities.

The faction in its resolution earlier published by PREMIUM TIMES accused the governor of supporting the re-election of the Edo State Governor, Godwin Obaseki, at the detriment of the APC flagbearer in the state.

“That Dr. Kayode Fayemi, the Executive Governor of Ekiti State is hereby suspended from the Party in view of his numerous anti-Party activities especially his role in the recent concluded governorship election in Edo State which is contrary to the provisions of Article 21 (A) (ii) of the APC Constitution,” the faction stated.

In its reaction to the controversy, the APC headquarters also rejected the ‘indefinite suspension’ of the presidential aide and about a dozen others.

The APC headquarters, in its statement issued Friday afternoon, condemned Mr Fayemi’s suspension, saying it recognises no faction of the APC in Ekiti.

“The actions are a nullity as the Party’s National Secretariat is yet to receive communication from the state chapter on the purported “suspensions”. We strongly advise all members to adhere to our party constitution.

“Governor Kayode Fayemi remains the leader of the party in Ekiti State.

“In line with the mandate of the Governor Mai Mala Buni-led APC Caretaker/Extra-Ordinary National Convention Planning Committee and the President’s admonition to party members to ensure and support ongoing amicable and rancour-free settlement of internal party disputes, we call on our esteemed party members and leaders in Ekiti State to be duly guided,” APC national spokesperson, Yekini Nabena, wrote in the statement.

INVESTIGATION: Kickbacks for Referrals: Faces behind the labs colluding with doctors to defraud patients