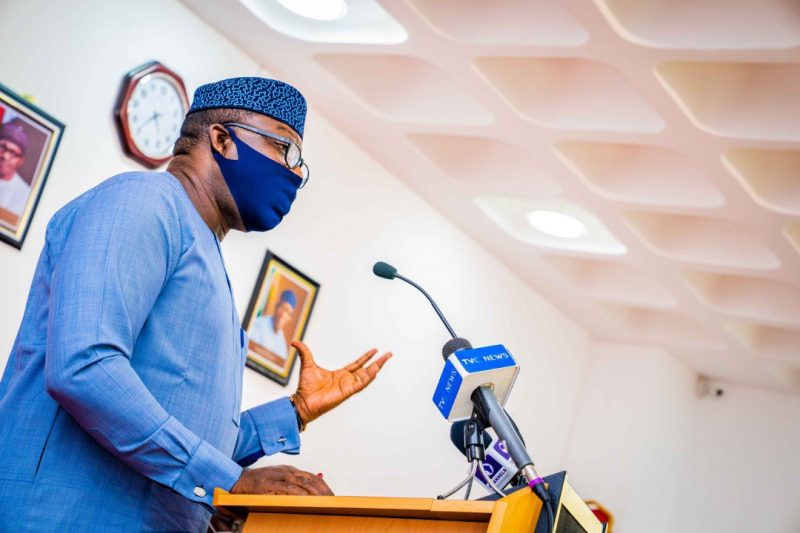 At least three of those suspended, including Mr Ojudu, are members of the new APC faction in Ekiti.

Aggrieved members of the ruling All Progressives Congress (APC) in Ekiti State have announced the suspension of Governor Kayode Fayemi from the party for alleged anti-party activities.

This is coming a day after some leaders of the party including Babafemi Ojudu, the political adviser to President Muhammadu Buhari, and 10 others were suspended by the Ekiti APC.

The suspended officials were said to have disobeyed the party’s directive and failed to withdraw cases instituted against the party in court.

The suspended officials have rejected the suspension saying those that suspended them had no legitimacy to do so.

At least three of those suspended, including Mr Ojudu, are members of the new APC faction in Ekiti.

Leaders of the new faction, led by Tony Adeniyi, a former senator representing Ekiti South Senatorial District, said Mr Fayemi and his loyalists within the party have continued illegalities in the name of the party.

“To this end, in the absence of a properly organized body and meeting, and the continued insistence of the Governor to neglect his duty to initiate Ward Congresses or call a meeting of the SEC to deliberate upon pertinent issues, we as loyal members of our party and members of the State Executive Committee met to rescue our party from continued denigration and abuse, and resolved thus:

“That Dr. Kayode Fayemi, the Executive Governor of Ekiti State is hereby suspended from the Party in view of his numerous anti-Party activities especially his role in the recent concluded governorship election in Edo State which is contrary to the provisions of Article 21 (A) (ii) of the APC Constitution.”

They alleged that Mr Fayemi connived with some PDP bigwigs to ensure victory for the PDP in Edo. The faction claimed that they have evidence of celebration by his aides in the Ekiti government house and on social media after the results of the election won by the PDP were announced.

Mr Fayemi’s spokesperson, Yinka Oyebode, did not respond to PREMIUM TIMES’ enquiries on the latest action by the aggrieved party loyalists. Calls and text messages sent to him were not replied as at the time of this report.

INVESTIGATION: Kickbacks for Referrals: Faces behind the labs colluding with doctors to defraud patients