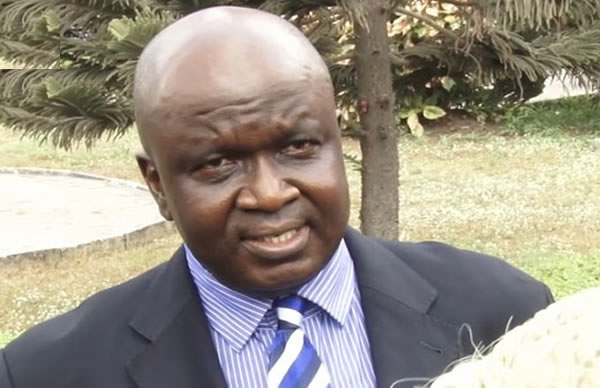 Mr Tarfa is currently facing a 26-count amended charge for refusal to declare his assets, misinforming an officer of the EFCC and offering gratification to a public official.

The revelation came to light as part of a global investigation, otherwise known as #FinCENFiles, by the International Centre for Investigative Journalists, BuzzFeed, and 108 media partners, including PREMIUM TIMES, in 88 countries.

The leaked files are a large volume of confidential financial reports relating to the transaction activities of world leaders, terrorists, drug dealers and money launderers and filed by banks and other financial institutions to the US Government as required by the Bank Secrecy Act.

The investigation involved 16-month collaborative work involving more than 400 journalists, including those from PREMIUM TIMES.

These flagged transfers involving Mr Tarfa’s firm were made through his firm’s EcoBank Nigeria Plc account between May and November 2013.

AFA Press, a UK-based communications agency, received the sum of $4,359.00 into its Hong Kong and Shanghai Banking Corporation (HSBC) bank account during this period from Mr Tarfa’s law firm.

AFA Press describes itself as a provider of editorial content and service for independent media in print and digital formats across the globe. It is unclear what services the company provided to Mr Tarfa’s company, although the law firm did not list media or communication-related activities as part of its services.

AFA Press is owned and led by Alberto Llaryora, a 51-year old Argentine. He owns seven other media-related companies in the UK.
HSBC bank is a correspondent customer of HSBC North America Holdings, Inc, thus the justification for the interest of the United States’ authorities in the transaction.

A SAR was filed because of the bank’s inability to determine the legitimacy of the financial transactions and suspicion of money laundering.

According to the filing, the transactions had no apparent economic, business, or lawful purpose.

Nothing came of the efforts to get a comment from the law firm as its officials neither answered telephone calls nor text messages.

Also, enquiries sent via the email address provided on its website were not acknowledged or replied to as of the time of filing this report.

When PREMIUM TIMES contacted him on Thursday, Mr Tarfa denied knowledge of any transactions flagged by the U.S. authorities. “I am not aware,” he said.

The principal of the firm, Mr Tarfa is currently facing a 26-count amended charge for refusal to declare his assets, misinforming an officer of the EFCC and offering gratification to a public official.

He was first arraigned at a Lagos State High Court, Igbosere, on February 16, 2016, on a two-count charge of obstruction of justice and attempting to pervert the course of justice.

He was accused of willfully obstructing two officers of the EFCC, Moses Awolusi and Sanusi Mohammed, from arresting Gnanhooue Sourou and Nazaire Odeste, who were suspected to have committed economic and financial crimes in contravention of Section 38(2) (a) of the EFCC Establishment Act of 2004.

Also, Mr Tarfa was alleged to have engaged in improper communication with Justice Muhammed Yunusa between May 11 and June 25, 2015, while the case between the EFCC and two others was pending before the judge.

Nonetheless, the trial of the senior lawyer has been stalled for different reasons. At a time, he travelled abroad for medical treatment. At other times, it was owing to the absence of the witnesses or even the prosecuting counsel.