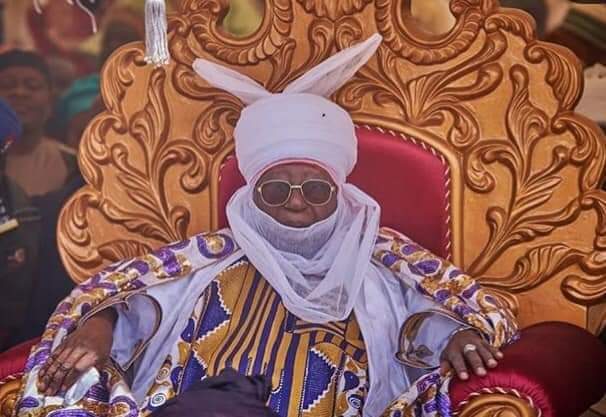 The late Emir of Zazzau in Kaduna State, Shehu Idris.

The two princes hail from ruling houses that have a long break from the throne.

Four Zaria princes are believed to be the leading candidates to succeed Shehu Idris, the longstanding Emir of Zazzau, who died on Sunday. But in reality, insiders say, the race is between two princes with the most influence and personal fortune.

The late Mr Idris spent 45 years on the throne having ascended the position in 1975 after the death of Emir Muhammadu Aminu.

By tradition, a new emir is expected to emerge from any one of the four ruling houses of the emirate. The ruling houses are Katsinawa, Mallawa, Bare-bari and Sullubawa. Mr Idris was from the Katsinawa ruling house.

Five kingmakers are expected to submit a shortlist to the Kaduna State Government from where Governor Nasir El-Rufai is expected to make a choice.

The shortlist has not been sent to the Kaduna government, PREMIUM TIMES learnt.

Of the four touted as likely successors of the late Mr Idris, the Iyan Zazzau, Bashir Aminu, is considered the most entrenched in the affairs of the palace. Late Emir Idris succeeded Mr Aminu’s father, who died in 1975.

A chartered accountant and businessman, Mr Aminu has stayed the longest among the princes as a titleholder and district head in the emirate.

Until the reforms two years ago to resize Kaduna traditional institutions, Mr Aminu was the district head of Sabon Gari, a position he was first appointed to in 1979. This, coupled with the position of Iyan he holds, makes him an heir apparent of sorts.

Mr Aminu is, however, being discounted in the race because of his deficiency in political support. His chances would have been brighter, according to persons familiar with the politicking, if the throne had become vacant during the last administration in the state.

As for Aminu Idris, eldest son of the late Emir Shehu Idris, a major factor counting against him is his age.

Born in 1974, the holder of the traditional title of Turakin Zazzau is the youngest of the contenders, with attendant lesser experience and connections needed to pull the needed strings.

It is unlikely also that he would be given a chance considering the rotation among ruling houses and his father’s long reign.

With those two out of the way, the race is now narrowed to the Yeriman Zazzau, Munir Ja’afaru and the Magajin Gari, Ahmed Bamalli. The two are from Barebari and Mallawa ruling houses, respectively.

Palace and government sources say considerations are neck to neck between the 66-year-old Mr Ja’afaru and 54-year-old Mr Bamalli, with each presenting ample credentials.

While Mr Ja’afaru is considered close to President Muhammadu Buhari and well connected among political and business elite, Mr Bamalli is a close associate of Governor El-Rufai and a distant relative. Mr El-Rufai has distant blood relations with the Mallawa clan.

An immediate past Nigerian ambassador to Thailand and Myanmar, Mr Bamalli, a descendent of the late Emir Aliyu Dan-Sidi, is the closest Zazzau prince to the powers-that-be in Kaduna. He was appointed ambassador in 2017 at the instance of Mr El-rufai who had earlier appointed him commissioner in the Kaduna State Independent Electoral Commission.

Mr Bamalli’s Achilles’ heel, however, is his distant connection to the throne as his family line has not occupied the position for a long time. He is the only one among the major contestants whose father did not occupy the emir’s stool.

Mr Ja’afaru has a long-standing relationship with Mr Buhari and a horde of other elites from the region. PREMIUM TIMES gathered that a number of influential persons are reaching out to lobby for him.

While traditional institutions in the north are said to be backing Mr Ja’afaru for the position, Mr Bamalli’s strongest support from the cycle is from his long-time friend, the deposed Emir of Kano, Muhammadu Sanusi II.

Mr Sanusi, a close ally of Mr El-Rufai, flew into Nigeria from the UK immediately after Mr Idris’s death in what some watchers believed was a move to closely put pressure on the governor to pick Mr Bamalli for the position.

Government yet to receive nominations

Mr Elrufai’s spokesperson, Muyiwa Adekeye did not respond to request for comments for this story. He did not answer repeated calls to his phone and a text message sent to his known telephone line.

However, a senior official of the Kaduna State Government, who spoke on the condition of anonymity as he was not authorised to speak on the issue, told PREMIUM TIMES that the state government is yet to get nominations from the Zazzau kingmakers.

He, however, explained that the governor will do the right thing by ensuring due process is followed in all respects.

“I think we have a lot to learn from what happened in Kano. I believe the governor will do the right thing to avoid that kind of situation,” he said in reference to the controversial tenure of the deposed Kano emir, Mr Sanusi.

The source said there are so many contenders already, adding that there is a possibility that a dark horse may emerge.

“You know even the late emir was a dark horse. There were many people who were more powerful than him at the time but he was picked by then military governor Abba Kyari,” he said.

ANALYSIS: El-Rufa’i and the Next Emir of Zazzau, By Aliyu U. Tilde