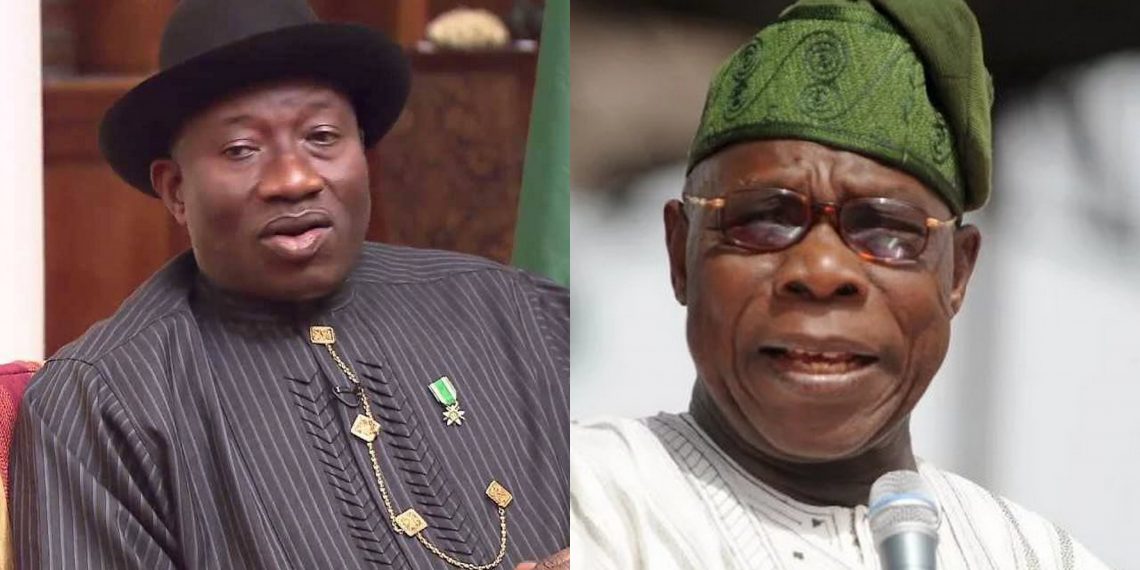 Two former Nigerian presidents, Olusegun Obasanjo and Goodluck Jonathan, were probed for years by the United States authorities, through the Financial Crimes Enforcement Network (FinCEN), an agency of the U.S. Department of Treasury.

PREMIUM TIMES’ review of FinCEN files showed that financial records of the former Nigerian leaders were closely scrutinised in relation to investigations about the Malabu OPL245 scandal.

Both men were probed alongside other individuals and companies suspected to have been involved in the controversial scheme.

Details of the probe are part of #FinCEN files, a new investigation by the International Consortium of Investigative Journalists (ICIJ), BuzzFeed and 108 media partners across the world, including PREMIUM TIMES.

The files are a large volume of confidential financial reports relating to the transaction activities of world leaders, terrorists, drug dealers and money launderers.

The files include a large number of Suspicious Activity Reports (SARs) filed by banks and other financial institutions to the U.S. Government as required by the Bank Secrecy Act, with the total amount in suspicious transactions reported being $2 trillion ($2,099584,477,415.49).

The documents indicated that based on a request from FinCEN, Deutsche Bank Trust Company Americas (“DBTCA”) kept a close tab on all fund transfers related to the named individuals and companies that passed through its network, especially those connected to Malabu OPL 245.

As part of the inquiry, DBCTA conducted a search of its wire transfer database for transactions occurring between January 1, 2010, and June 21, 2013, involving individuals and companies American authorities suspected may have benefited from the Malabu largesse.

However, within the period under review, #FinCEN found that there were no transactions involving Mr Jonathan.

In the case of former President Olusegun Obasanjo, there were also no transactions related to Malabu. The 29 financial transactions associated with him during the period were linked to his charity works, payments for international travels, honorarium for speaking engagements, transfers to family members and payment for other domestic concerns.

Some parties standing trial or testifying in the long-running Malabu trial in Italy have mentioned Messrs Obasanjo and Jonathan as playing some roles in the infamous saga. But the former presidents have consistently rejected allegations they benefited from the transaction or engaged in any wrongdoing.

Mr Obasanjo governed Nigeria between 1999 and 2007, while Mr Jonathan was president between 2010 and 2015. Both men were elected presidents on the platform of the then ruling Peoples’ Democratic Party, PDP.

Further checks through #FinCEN, however, revealed details of transactions made by a controversial businessman named in the scandal, Abubakar Aliyu, and some companies through which huge funds were moved.

Mr Abubakar is popularly regarded as the owner of one of Abuja’s most luxurious buildings and a friend to a number of Nigerian government officials, past and present. 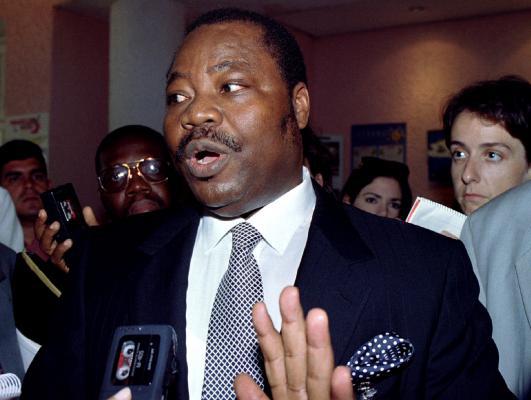 A PREMIUM TIMES report had detailed how former Minister Etete transferred huge funds from Malabu Oil and Gas bank accounts to those of companies controlled by Mr Abubakar.

In 2016, Nigeria’s anti-graft agency, the Economic and Financial Crimes Commission (EFCC), filed money laundering charges against him for roles the agency claimed he played in the Malabu $1.1 billion saga.

He is being prosecuted alongside former Minister Etete, a former Attorney General, Mohammed Adoke; Malabu Oil and Gas; and five other companies he (Mr Abubakar) allegedly controls.

He is also being tried in Italy for his role in the matter.

The FinCEN files showed that there were fifty-seven (57) transactions involving Mr Abubakar, totalling $113,336.

The Bank to Bank Instructions (BBI) for the transactions included information about “Payment OPL 245 Malabu Oil and Gas”, “Aviation Bombardier Global”, “Oklahoma account”, “in favour of m jeanmichel bargiarelli”, “f of chief dl /etete”, among others.

In the case of A Group Construction Company Ltd, there were three transactions totalling $5,174,520 sent from 2011 through March, 2012. One of those transactions, involving $500,000, was sent from Mega Tech Engineering Limited on November 10, 2011, and the BBI indicated “Trf Fro Abuja Aminu Kano Way”.

For Imperial Union Limited, there was one transaction in the amount of $30,450,000 sent on December 9, 2011. The BBI for the transaction showed “Trf Frm Abuja Banex Plaza Br”.

Mr Agaev, a middleman and defendant in the case, once claimed Mr Jonathan allegedly received $200 million in the controversial deal, an allegation the former president rejected. The Russian middleman helped negotiate the transfer of the OPL 245 oil block to Shell and Eni.

One of the transactions was initiated by Rocky Top Resources Limited for $6,100,000 and the Bank to Bank Instructions for the payment showed information on “Payment Invoices” and “Payment OPL 245 Malabu Oil and Gas”.

Meanwhile, in another SAR filing, Rocky Top Resources made three transactions totalling $16,999,817. The transfers, made between April 30, 2012, and May 10, 2012, originated from account Number 3610042596 domiciled at a Keystone Bank branch on Adeola Hopewell Street in Lagos. The bank utilized U.S. correspondent bank, Deutsche Bank Trust Co Americas, to remit the funds.

In 1998, the Nigerian government  allocated OPL 245, one of Africa’s richest oil blocks, to Malabu Oil and Gas, a company formed in violation of Nigeria’s Corporate and Allied Matters Act.

PREMIUM TIMES reported how officials approved the transfer of about $1.1 billion from the Nigerian government’s account in London into Malabu accounts controlled by Mr Etete.

The money was paid by oil giants, Shell and ENI, ‎into a federal government account, for OPL 245, estimated to contain nine billion barrels of crude.

Only $801 million of the money could be transferred to Mr Etete’s Malabu due to legal issues raised in a British court by Emeka Obi, a businessman who is also being prosecuted in Italy.

After the transfer to Mr Etete, over half of the money was paid to accounts of the five companies controlled by Mr Abubakar.

Authorities in Nigeria, UK, and Italy accuse Mr Abubakar and other individuals and companies of wrongdoing in the matter, charges they all deny.

Mr Abubakar is alleged to have laundered funds to some politically exposed persons who benefitted from the funds, including officials who served under Mr Jonathan.

NERC to monitor quality of electricity provided to Nigerians – Commissioner