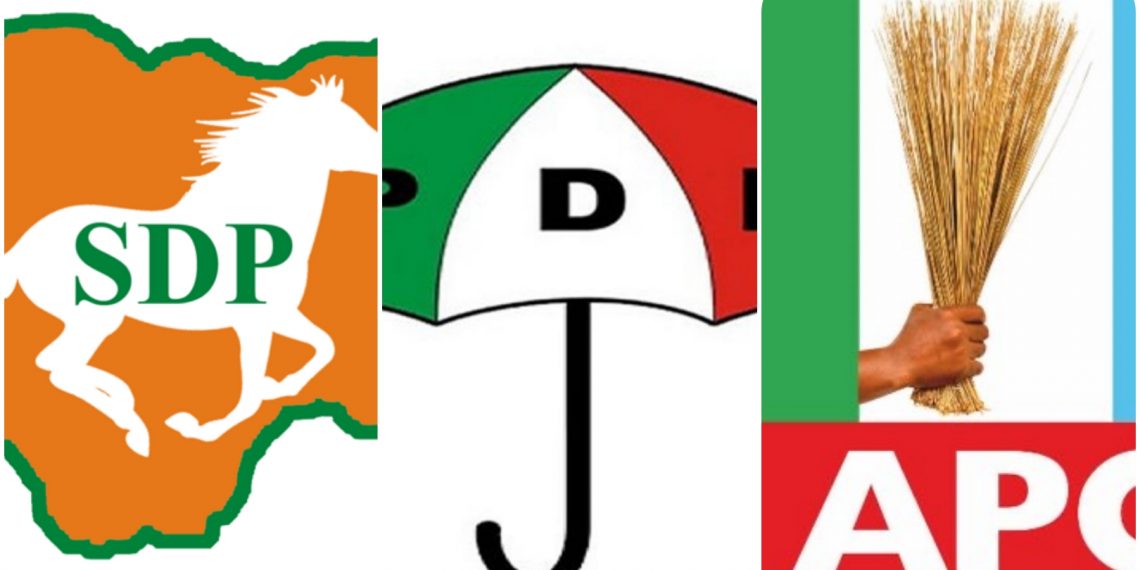 A collage of Logos of Political parties

Edo 2020: How we’re raising funds for our campaigns – APC, PDP, others

Candidates in Saturday’s governorship election in Edo State have lamented that shortage of funds has limited their outreach to the voters.

The electoral body, INEC, approved the campaigns by the 14 political parties fielding candidates in the election to start on June 21 and run until 24 hours to the election.

After over 80 days out on the field, the candidates and officials of six parties in separate interviews with PREMIUM TIMES explained how they had sourced funds for their exploits.

Contrary to the assumption that campaigns are funded by the parties, most of the candidates said they raised the bulk of their campaign funds through loans, personal savings and donations from friends.

“Finance is very important in the conduct of political parties and if you want to contest, it is money. I have been running here and there looking for money, for who to sponsor me,” the Social Democratic Party’s (SDP) candidate, Felix Obayagbon, said

“Those ones I borrowed, those ones sent to me by my children and the assistance from friends have been what I have been relying on to remain in the race till now,” he said.

Mr Obayagbon said he had spent over N3 million as of the time he spoke with our reporter on Tuesday.

Because of his financial challenge, he said some of his party’s local government chairmen had sold out by mobilising for either of the two major parties who pay them better.

He said he had spent about N5 million, which he said came mainly from his personal savings and assistance from a few friends and well-wishers.

He said asides waving his nomination form’s fee, his party, the APP, has not made any financial contribution to his campaigns.

One of the two female candidates in the election, Tracy Agol of the New Nigeria Peoples Party (NNPP), said she raised half of her campaign funds herself while her party raised the other half.

“I need to do some expenses calculation but by rough sketch I have spent more than N7 million. More than half of it has been from my pocket while the party executives contributed the rest,” she said.

She also spoke about other challenges faced by her campaign.

Ms Agol lamented how the country’s politics has become so money-driven that “the people who are calling for change will also ask you to ‘drop kola’ whenever you visit the communities with your agenda.”

She said she went on campaigns with materials such as biscuits for the voters.

The PDP spokesperson in the state, Chris Nehikhare, said he did not know how much his party raised for the election. “I am not a member of the campaign committee nor am I a member of the finance team,” he said.

“As I speak to you now, there is a fund-raising dinner ongoing at Golden Tulip Hotel in Benin City where members of the party are donating for this election. Some as little as N5,000 while some are donating as big as N5 million.”

We are short of funds – APC Edo

APC chairman in the state, David Imuse, said the party was short of funds to run its campaign.

“You want to help us with money, so that I can come and meet you? We need money. Let me come to meet you in Abuja for it.” he said joking.

“You better call the candidate and ask him how he is funding his campaign,” Mr Imuse finally told the reporter.

Meanwhile, the APC’s Osagie Ize-Iyamu and a few other candidates did not respond to requests for comments as of the time of filing this report.

Nigeria’s electoral law does not mandate candidates and parties to be transparent with their campaign expenses. Parties are only required to submit their campaign finance details to INEC three months after an election. However, there is no penalty for parties who refuse to do so and previous reports by PREMIUM TIMES have shown that most of the parties do not submit the required report.

How Salami panel walked us out from sitting – Magu’s lawyer