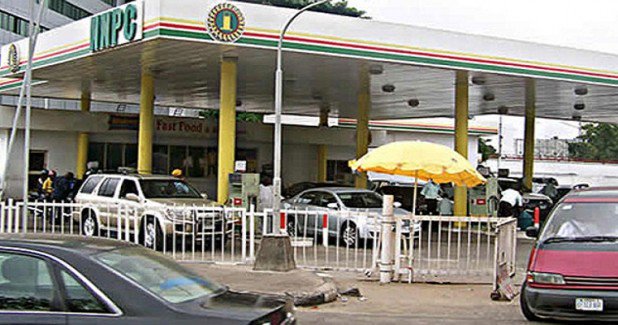 Deregulation: Ideally, Nigerians should be paying N183 per litre for petrol – FG

The government and labour leaders held a meeting on petrol and electricity prices.

The federal government has not fully deregulated the petroleum sector and should it do so, Nigerians would be paying about N183 per litre for petrol, an official said Tuesday.

The Minister of State for Petroleum, Timipre Sylva, said this at a meeting in Abuja between a government delegation and labour leaders over the recent increase in the price of petrol.

PREMIUM TIMES reported how petrol prices rose from about N145 per litre to about N160 per litre across Nigeria with the government saying the increase was due to the deregulation of the downstream sector and the removal of subsidy on petrol.

However, on Tuesday, Mr Sylva sang a different tune. He said the government only partially deregulated the sector and a full deregulation would have led to further price increase.

“Why have we kept it at N161? Frankly speaking, let us face it and this is what I will tell you. One of the things that the president considered; he said if you take it to the full scale of deregulation, today, prices should have been around N183 because you all know this.”

The minister said government’s current intervention was in the purchase of foreign exchange for the importation of petrol. He said importers, mainly the NNPC and its subsidiaries, were still buying dollars from the government at about N391 to a dollar contrary to the prevailing market price of about N450.

Speaking on why government partially deregulated the sector, the minister said the government was spending too much on subsidy.

At the meeting, labour unions said the recent increase in the prices of petroleum products and electricity tariff have erased the benefits recorded with the signing of the national minimum wage signed into law by President Muhammadu Buhari.

President Muhammadu Buhari signed the minimum wage bill in April 2019. The National Assembly had passed the bill approving N30,000 as the minimum wage for workers on March 19, 2019 and transmitted to Mr Buhari on April 2.

PREMIUM TIMES reported that President Buhari directed the minister of labour and employment, Chris Ngige, to have a dialogue with the labour unions on issues affecting the economy.

While speaking, the president of the NLC, Ayuba Wabba, disapproved of the federal government hiking the prices of electricity and petrol without consultations with Nigerians.

He said majority of the Nigerians citizens are struggling to survive due to the high cost of living caused by the federal government’s recent policies, which include an increase in the value added tax (VAT).

“The question now is what do you have on the table to actually cushion the effect on workers and their families because they have been pushed to the wall. They are already enraged. Do you have anything for us so that we can say yes despite this challenges this is what I have for Nigerian workers that they can be able to have something that can cushion this effect for them?” he said.

He said the value of the minimum wage has been eroded with the introduction of different policies.

According to him, the federal government has transferred the inefficiency in the subsidy regime to the consumers which they have to pay through the hike in the price of products.

He appealed to the government to fix the nation’s refineries and stop lining the pockets of fuel marketers through a fraudulent subsidy regime.

‘Masses are at the receiving end’

Similarly, the TUC president, Quadri Olaleye, asked the government to reverse its recent increases and policies which have been biting Nigerians hard.

“Nigerian workers are crying and the populace is also crying. Last year December we were so happy that when we signed the minimum wage agreement and Nigerian workers were happy that their lots were increased. Unfortunately, now they are crying. By (our) calculation we are losing an additional 15 percent of what we gained as a result of signing minimum wage,” he said.

“The questions our members are asking is that does it really mean that the politicians represent the rich people in this country? Does it mean it is only labour that represents the poor people? Does it mean when we have an economic predicament that is when we call Nigerians that we want to hear from them but when we have surpluses we hear nothing about it?”

“Nigerians have never enjoyed surplus when the country has money but when we have predicaments, especially crude oil crash, then labour will be called upon, let us see how we can rescue the economy. I think it is high time everybody bears their fathers’ name.”

At the meeting, the minister of labour and employment, Chris Ngige, said there was an urgent need for stakeholders to resolve on how the country would survive the economic challenges imposed by the COVID-19 pandemic.

“We are faced with the new normal to survive as human species and we can only hope to build back better society that would sustain us and aid us in our quest for recovery both physically and structurally,” he said.

Mr Ngige led the government team that included Mr Sylva, minister of state for labour and employment, Festus Keyamo; minister of power, Saleh Mamman, and the minister of works and housing, Babatunde Fashola.

PREMIUM TIMES reported how electricity distribution companies hiked their tariffs from N30.23 to N62.33 per kWh for Nigerians after the federal government said it would no longer subsidise electricity consumption.

Also, the price of petrol increased from N145 to about N161 per litre.

While the federal government says it no longer has the funds to subsidise petrol and electricity, the labour unions said the government’s actions will worsen the plight of millions of Nigerians who are yet to recover from the economic impact of COVID-19.