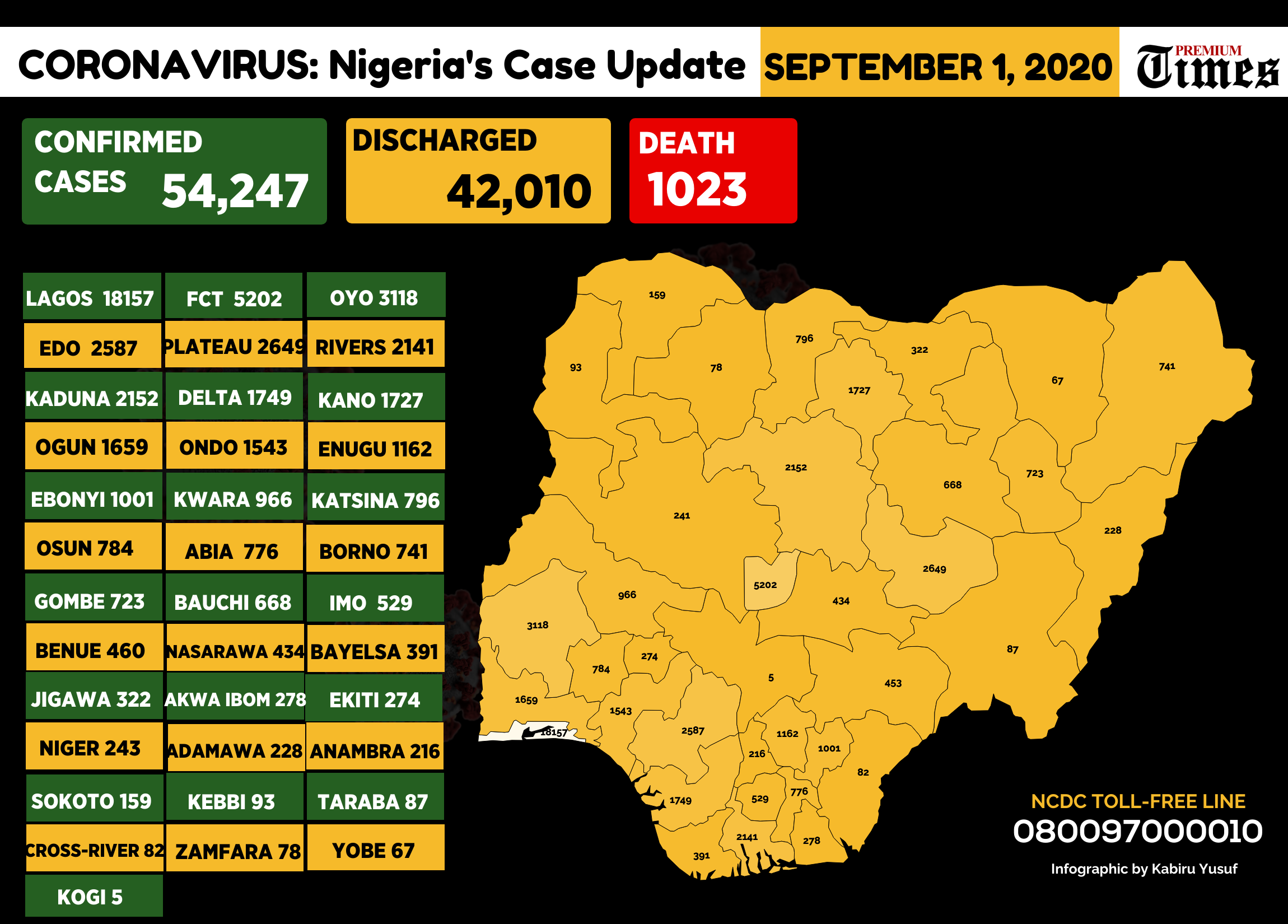 The third phase of the gradual easing of the lockdown in the country will last for a period of four weeks, the Secretary to the Government of the Federation (SGF), Boss Mustapha has said.

Mr Mustapha while speaking at the bi-weekly Presidential Task Force (PTF) on COVID-19 briefing, on Thursday, said the commencement of the third phase was approved by President Buhari.

He said the third phase will take effect from 12:01 a.m. on Friday, September 4.

“Mr President has approved the transition into the third phase of the National Response to COVID-19 for a period of four weeks with effect from 12.01 am on Friday 4th September 2020 in line with amendments to address economic, socio-political and health considerations reflected in the implementation guidelines,” he said.

Nigeria imposed its first round of lockdown in March. Mr Buhari on April 27 announced the gradual easing of the five-week lockdown in FCT, Lagos and Ogun State.

The curfew was later amended by many state governments to commence from 10:00 p.m.

Mr Mustapha said the task force is disturbed by the low level of sample collection “because of what it portends for the strategy of testing, detection, tracing, isolation and treatment.”

He said despite an increase in the country’s diagnostic capacity and improved access to testing, the samples tested remain low.

He noted that recent reduction in COVID-19 cases in some states could be attributed to low testing.

“For example, in July, 7 states reported lower number of samples collected than in the preceding month, but in August this number rose to 32 states.

“This illustrates that despite the increased diagnostic capacity, and improved access to testing, the demand remains low with not enough samples being collected,” he said.

A report by Nigeria infectious disease centre shows that sample collections for COVID-19 declined in August as compared to previous months.

Lagos State, the epicentre of the virus in Nigeria, has the highest number of people tested with over 100,000 samples collected since it recorded its index case in February.