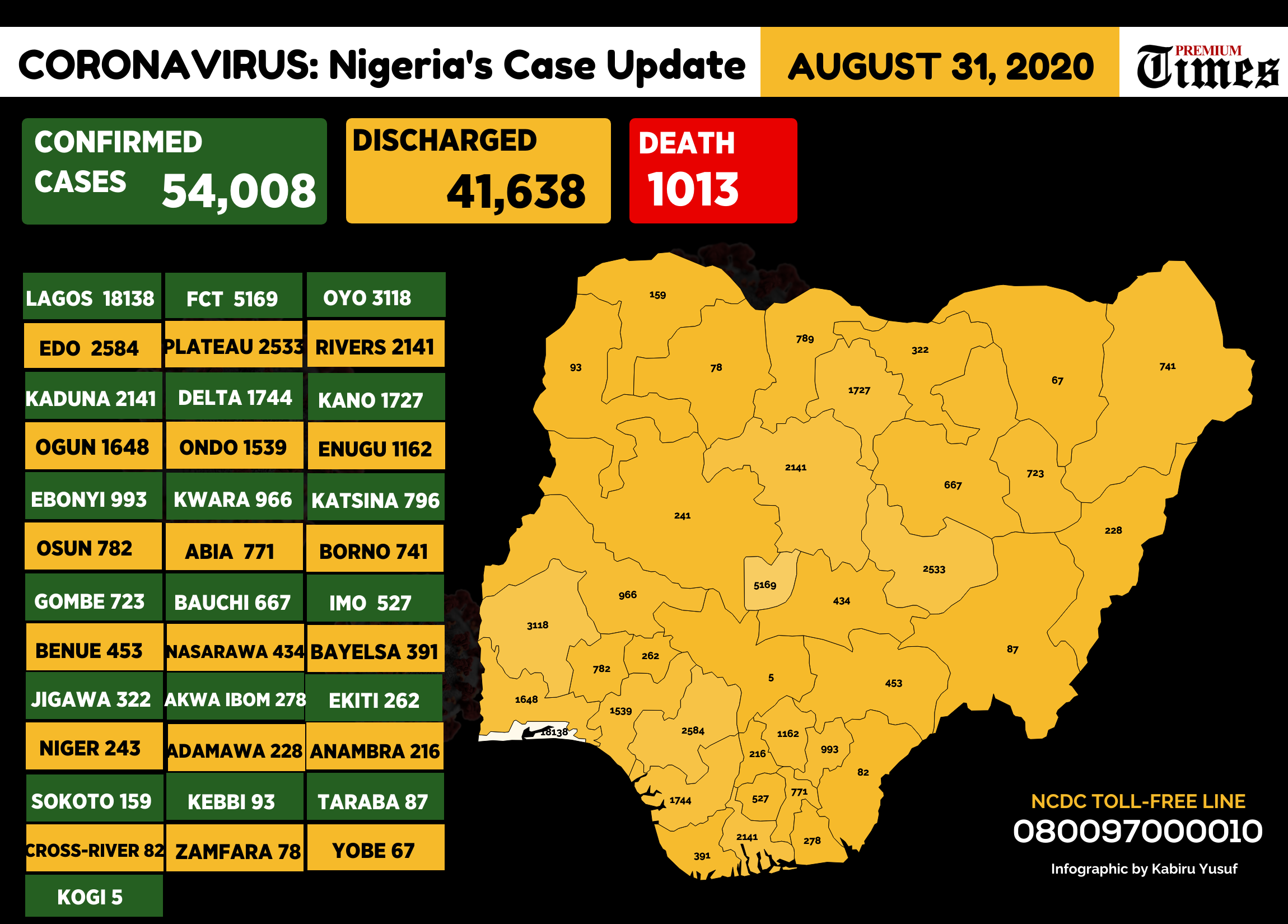 The 143 official COVID-19 cases reported by Nigerian authorities on Monday, one of the lowest in four months, dragged the total number of infections in the nation to over 54,000.

This is according to an update by the Nigeria Centre for Disease Control (NCDC) on Monday night.

For the past one week, Nigeria has been reporting daily cases below 300. Nigeria’s total tally of about 1,822 cases last week was also the lowest in the past three months.

The update came as the federal government again warned states against “hasty” reopening of schools, saying that COVID-19 remains potent and very dangerous.

For the sixth consecutive day, Plateau had the highest number of new cases with 35 infections on Monday. Kaduna and Lagos followed with 21 and 19 cases respectively.

Lagos remains Nigeria’s COVID-19 hotspot with over 18,000 infections and 202 deaths.

The number of deaths from the virus has also been minimal.

No deaths were recorded on Monday, meaning that the total number of deaths from the virus remains 1,013.

The NCDC in its daily update of the infection on its verified Twitter handle @NCDCgov stated that out of the over 54, 008 infections so far, 41,638 persons have recovered and have been discharged.

Two dead, four rescued as another boat capsizes in Lagos