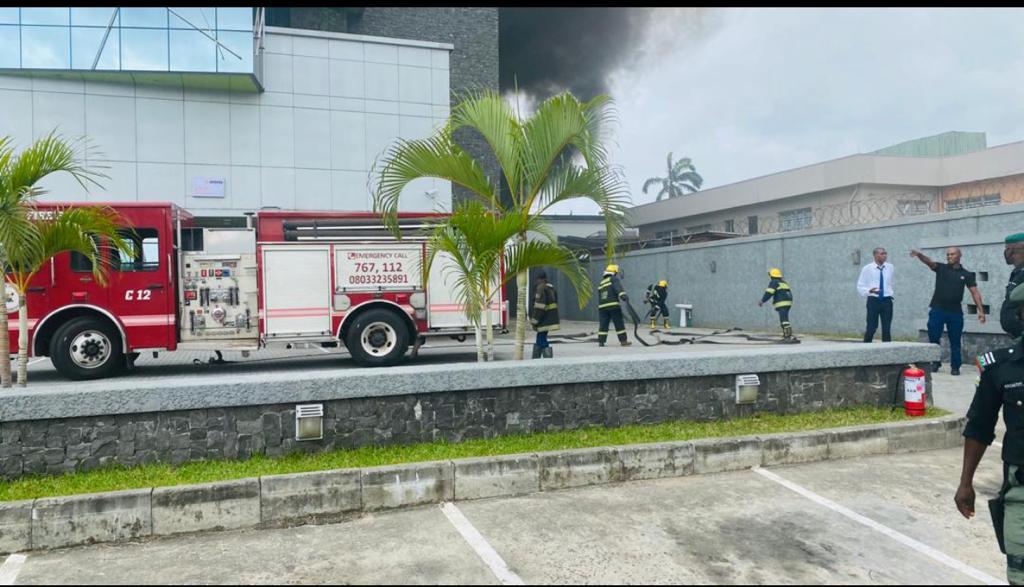 Emergency responders and fire fighters at the location to combat the Access Bank raging fire.

A fire outbreak has occurred at a branch of Access Bank Plc located at Adetokunbo Ademola Street, Victoria Island, Lagos.

The fire outbreak, which started around 10:30 a.m. on Wednesday, was yet to be put out at the time of this report.

The fire was attributed to a diesel truck discharging fuel at the bank.

Access Bank confirmed the incident in a tweet, saying no one was harmed and safety protocols have been activated.

“There has been a fire incident at our Adetokunbo Ademola branch this morning. Thankfully, no one was harmed.

“Our fire protocol has been activated and all personnel have been moved to safety.

“Cause of the fire was a diesel truck discharging fuel, we advise you to avoid that area,” the tweet reads.

Emergency responders and firefighters are at the location, to combat the raging fire.