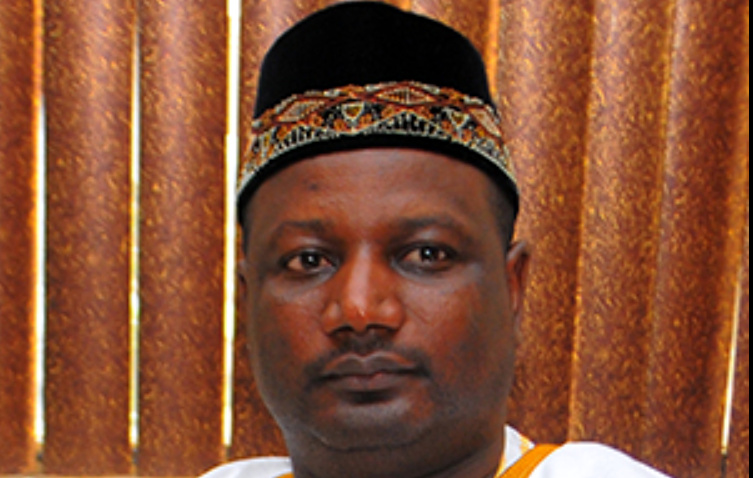 Documents and court records from the England and Wales high court show that Abdulrahman Bashir lied in his denial of being sentenced to jail by the court.

This newspaper had reported how Mr Bashir, an oil magnate and the Chief Executive Officer of Rahamaniyya Oil and Gas, was sentenced to 10 months imprisonment in the United Kingdom.

Documents obtained by PREMIUM TIMES and the records available on the UK court’s website showed that in February, Justice Butcher ruled that Mr Bashir be imprisoned for ten months for breaching multiple orders of the court in a pending suit instituted by Sahara Energy Resources Limited.

He was sentenced for disobeying multiple orders of the court, including Justice Robin Knowles’ judgement of August 1, 2019 and Justice Bryan’s order of September 6, 2019.

The court also gave a binding indication that the sentence could be reduced to six months if Mr Bashir complied with the relevant order which had previously been breached.

He breached those orders by “failing to allow, or procure Rahamaniyya Oil and Gas Ltd or its servants or agents to allow, the release of the said gas oil from the Terminal,” court documents read.

In December 2018, Ultimate and Sahara entered into a settlement agreement, in which Ultimate confirmed that the value of gas oil that had been delivered was USD 10,760,728.77, and agreed to make a series of monthly payments for the gas oil.

Court records showed that some payments were made, in consequence of which some 8,566.469 metric tonnes of gas oil was released to Ultimate. Ultimate, however, reneged in implementing the terms of the settlement agreement in full by making all the payments due.

After various warnings, on May 10, 2019, Sahara terminated the settlement agreement, notifying Ultimate that its agent, Asharami Synergy Plc, would take delivery of part of the remaining gas oil from the terminal.

Thereafter, various attempts made by Sahara to obtain delivery of the gas oil, including issuing an order on 12 July 2019 for the entirety of the 6,400.69 MT of the gas oil which remained at the terminal, failed.

The release order was not complied with and this led to the lawsuit.

It should be noted that Mr Bashir’s prayer for the conviction to be set aside in June was unsuccessful. His excuses were thrashed by the UK court.

Meanwhile, Mr Bashir, in a statement sent to PREMIUM TIMES on Saturday, agreed that there was a deal struck with Sahara Energy Resources but denied the claims of the UK lawsuit, saying the CEOs of the two firms received the news with surprise.

“We wish to clarify that such claims are false, harmful and misleading, as both firms met today at Sahara Energy Corporate office in Abuja to strengthen their mutual business relationships,” the company said, quoting Dada Awosika, Mr Bashir’s lawyer.

Below are the documents:

When contacted on Saturday evening, Mr Awosika later confirmed the existence of the jail sentence and the pending lawsuit.

He refused to affirm or deny the comments credited to him by the company in the earlier publication.

The external solicitor, who was employed by Rahamaniyya group in the heat of the crisis, said there is an agreement with the aim of “quashing” the jail sentence and fine in England.

Mr Awosika further explained that the company did not take the lawsuit seriously because the UK court does not have jurisdiction on the matter.

“Rahamaniyya took legal advice that the court in England does not have jurisdiction on the case because the product is here in Nigeria. We paid money for arbitration. They requested the money for the oil.”

He noted that there was an arrangement in December to pay for the product but Mr Bashir’s company reneged on the contract because he could not raise the money then and the pandemic dealt a blow on the company finances.

Mr Awosika told PREMIUM TIMES that, in respect to the latest agreement, Mr Bashir paid back $1.4 million between June and July.

“We entered an agreement in June and this man started paying back with an understanding that if we are able to pay everything back, we will now quash the payment of the fine and the conviction. Rahamaniyya has paid back 1.4milliion US dollars and Sahara has agreed that “if you pay me, we’ll all go back to English court to say he has finally complied.”

Mr Awosika said he could not immediately provide the evidence of payment because he was not authorised to do so.

The management of Sahara Energy Resources limited could not be reached to comment for this story as multiple telephone calls and texts sent to the company’s official lines were not responded to.