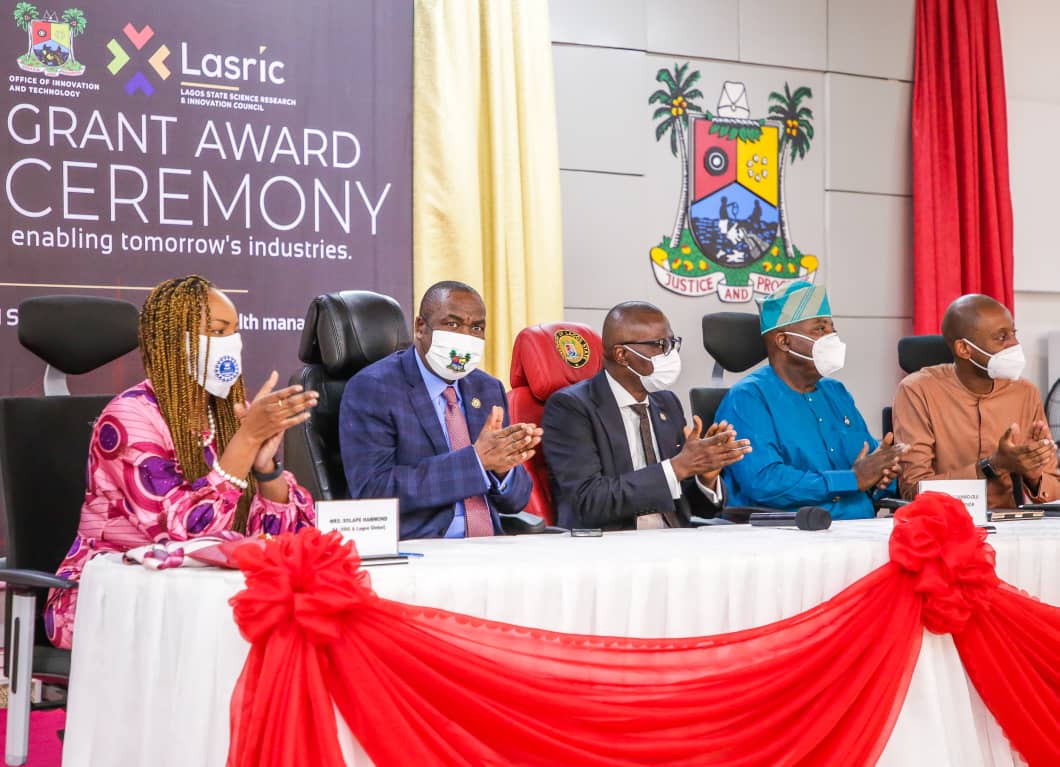 According to a statement released by the governor’s chief press secretary, Gboyega Akosile, on Wednesday, the recipients are the first set of beneficiaries to benefit from the N250 million seed capital earmarked, last year, as Research and Innovation Fund by the state government.

The awardees were reportedly selected through a highly competitive process overseen by the Lagos State Science Research and Innovation Council (LASRIC) established in 2019 by Governor Sanwo-Olu.

The governor congratulated the successful awardees and urged them to apply the grant judiciously.

Mr Sanwo-Olu said his administration was born with the sole aim to solve contemporary challenges facing the state.

“Last December, we inaugurated the Research and Innovation Council with a seed fund of N250 million in demonstration of our commitment to transform Lagos into a 21st century digital economy and Smart City.

“The body has a mandate to facilitate investment in science research, innovation, and STEM education throughout the State, and to encourage the development of innovative solutions to problems, using cutting-edge technology.

“We are here today to match our words with action, by handing out grants from the LASRIC’s Research and Innovation Fund to successful applicants. I congratulate all awardees and beneficiaries of our very first set.

“As a Government, we believe in each and every applicant’s capacity to create and scale up ideas that can proffer solutions to our current challenges,” the governor was quoted as saying.

He added that with the presentation of the grants, “the responsibility now firmly rests on the recipients’ shoulders to justify the opportunity.”

He said Lagos was on a journey “to properly identify, enable and build great human potential through flagship technology-driven projects, such as Metrofibre programme and Smart City initiative”.

“The grant recipients represent key research initiatives and innovative startups ready and qualified to be resourced for the development of Lagos, and indeed the world.

“Today’s event is the first in many of this administration’s support and development of the science and technology ecosystem,” he said.

Meanwhile, the governor’s special adviser on innovation and technology, Olatunbosun Alake, reportedly described the ceremony as “tangible development in the history of governance in the State.”

He said the awardees would be initiating innovation in key areas of manufacturing, food security and health management.

Stella Adadevoh: Six years after, Nigeria yet to honour medic who saved country from Ebola