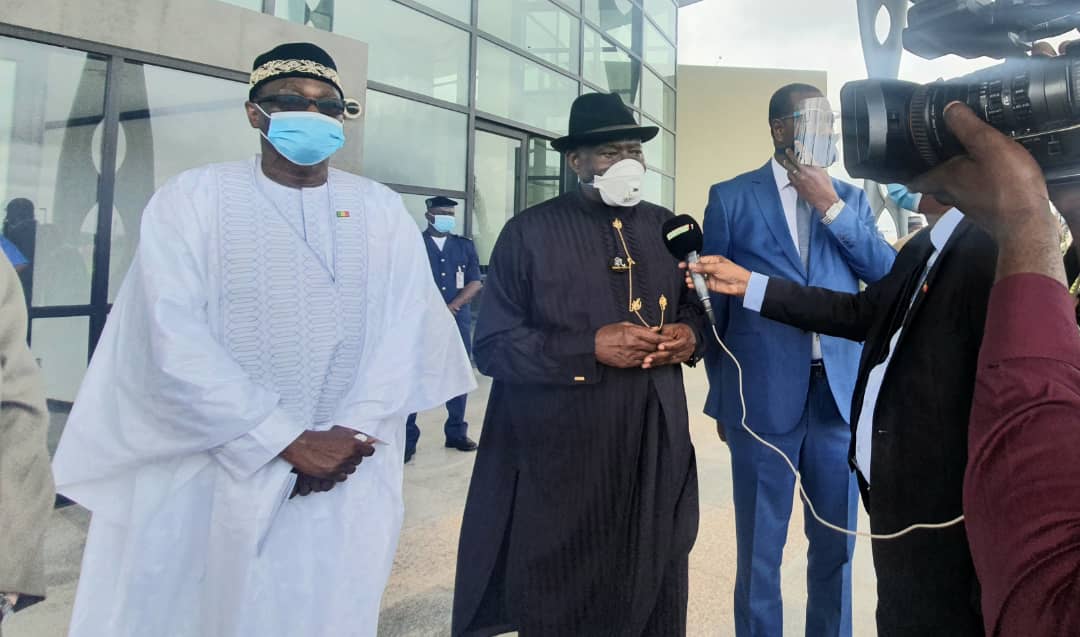 Despite intervention by regional heads led by Nigerian President, Muhammadu Buhari and his predecessor, Goodluck Jonathan, Mali’s history of a military takeovers has played again as all mediation failed to resolve the crisis-torn nation.

In the early hours of Wednesday, President Ibrahim Keita bowed to pressure and announced his resignation from office after pressure from rebellious soldiers.

“Today, certain parts of the military have decided that intervention was necessary. Do I really have a choice? Because I do not wish blood to be shed,” Mr Keita said in a brief statement as quoted by Al Jazeera.

Mr Keita had led over 19 million Malians for seven years and battled insurgents mostly during the period..

The political unrest reached a climax on Tuesday when President Keita and the Prime Minister, Boubou Cissé, were seized by mutinous soldiers.

The two were taken to the military base in Kati, a community close to Bamako, the country’s capital city.

“Gunshots woke up early this morning the inhabitants of Kati, a garrison town located 15 km from Bamako. For the moment, no official statement on the situation. In the capital, the situation remains tense. The inhabitants are still waiting for a statement that would provide clarification,” L’essor, a newspaper based in Mali reported.

The U.S. Embassy in Mali, in a statement of Tuesday, said it was aware of gunfire and unrest in the area of Kati, as well as ongoing police/military operations in Bamako.

As of the time of filing this report, there has been no official declaration of the person occupying Mr Keita’s office – whether civilian or military.

But in the event that the military formally announces a takeover, Mali will be plunged into crisis the fourth time in its history by military hardliners.

On November 19, 1968, Malians experienced a coup d’état (termed bloodless) against the government of President Modibo Keïta. The coup was led by Moussa Traoré, a major general, who then became the head of state.

Also, on March 26, 1991, another Malian coup resulted in the overthrow of Mr Traoré after over two decades of dictatorship.

In 2012, the country experienced two coup d’etats, although the second, which also involved military intervention, was not widely considered as one.

The first started as a civil war, resulting from the quest for autonomy in North Mali.

This was reportedly masterminded by the Tuareg rebels in conjunction with the National Movement for the Liberation of Azawad (NMLA).

It was successful despite the historical challenge maintaining alliances between secular and Islamist factions in the country.

The series of armed conflicts led to the break-away of the Tuareg rebels and NMLA who formed the state of Azawad. The secessionist state encompassed about 60 per cent of Mali’s land area.

Meanwhile, in April 2012, via a statement posted on its website, the secessionist group declared “irrevocably” the independence of Azawad from Mali – although not recognised by the international community.

Earlier on March 22, 2012, Président Amadou Toumani Touré was ousted in a coup d’état over his handling of the crisis, a month before a presidential election was to have taken place, Al Jazeera reported.

Consequently, some soldiers under the aegis of the National Committee for the Restoration of Democracy and State (CNRDR), took control of the affairs of the country, setting aside its constitution.

As a result of the coup, the former President of the United States, Barack Obama, stopped the foreign aid to Mali. The African Union also suspended the country as a member state until restoration of democracy.

In an effort to restore stability to Mali, which depends majorly on foreign aid, a new government of national unity was formed on August 20, 2012 and approved by interim President, Dioncounda Traoré.

In what is referred to as a ‘second coup,’ on December 10, 2012, Modibo Diarra, the then prime minister, was arrested and taken to the military camp in Kati. He resigned afterwards.

According to an account published by The Telegraph, soldiers “smashed in the door of the prime minister’s residence and took him away a bit violently”.

After spending five years in office, Mr Keita won his re-election bid under controversial circumstances. His victory, however, did not go down well with the opposition, who alleged that the election was marred by irregularities.

The crisis was heightened after the parliamentary elections held in March 2020, amidst the coronavirus crisis and rebel incursion.

Few days prior to the poll, Malian opposition leader, Soumaila Cisse, was abducted alongside six members of his team while campaigning.

Although the president denied being behind the abduction and promised that security operatives were on the lookout for the abductors, the opposition did not believe him.

In reaction to the judgement, thousands of protesters stormed the streets demanding Mr Keita’s ouster.

For several weeks consecutively, members of the new alliance staged demonstrations in the streets of Bamako, mounting pressure on the president to step down.

ECOWAS’s intervention resulted in the dissolution and reconstitution of the constitutional court.

In July, the former president, in company of five west African Heads of State visited Mali as a follow-up to Mr Jonathan’s previous mediation mission to Bamako.

PREMIUM TIMES reported how the regional leaders met with key stakeholders in the Malian crisis with a view to finding a common ground for settlement.

Mr Jonathan and his mediation team had recommended the formation of a government of national unity with members drawn from different interest groups in the country, including the ruling coalition, the opposition parties and the civil society.

It also recommended the establishment of a technical committee to be set up by ECOWAS to monitor the implementation of the proposed measures which also include the resolution of the dispute over 31 legislative seats recently set aside by the defunct constitutional court.

As part of a follow-up, Mr Jonathan returned to Mali last Monday to continue his mediation towards resolving the crisis.

He had urged Malians, especially members of the opposition, to stop further demonstrations to enable ongoing discussions to bear more fruits.

Afraid that the country was about to be plunged into crisis, the United Nations and the African Union Commission have condemned the detention of Mr Keita and the prime minister on Tuesday.

UN Secretary-General Antonio Guterres condemned the detention of the government officials and demanded their immediate release.

Mr Guterres called for the immediate restoration of constitutional order and rule of law in Mali.

In a similar vein, the chairman of the AU Commission, Moussa Faki Mahamat, sued for peace in the country.

“The Chairperson strongly rejects any attempt at the unconstitutional change of government in Mali and calls on the mutineers to cease all recourse to violence, and calls for the respect of the country’s institutions,” Ebba Kalondo, his spokesperson stated on Tuesday.

“I strongly condemn the forced detention of President Ibrahim Boubacar Keita of Mali, the Prime Minister and other members of the Malian government, and call for their immediate release.”

Mr Faki further called on the ECOWAS, the United Nations and “the entire international community to combine collective efforts to oppose any use of force as a means to end the political crisis in Mali.”

As in previous conflicts that rocked the nation, many more reactions are expected in the coming days as Malians battle another constitutional crisis.