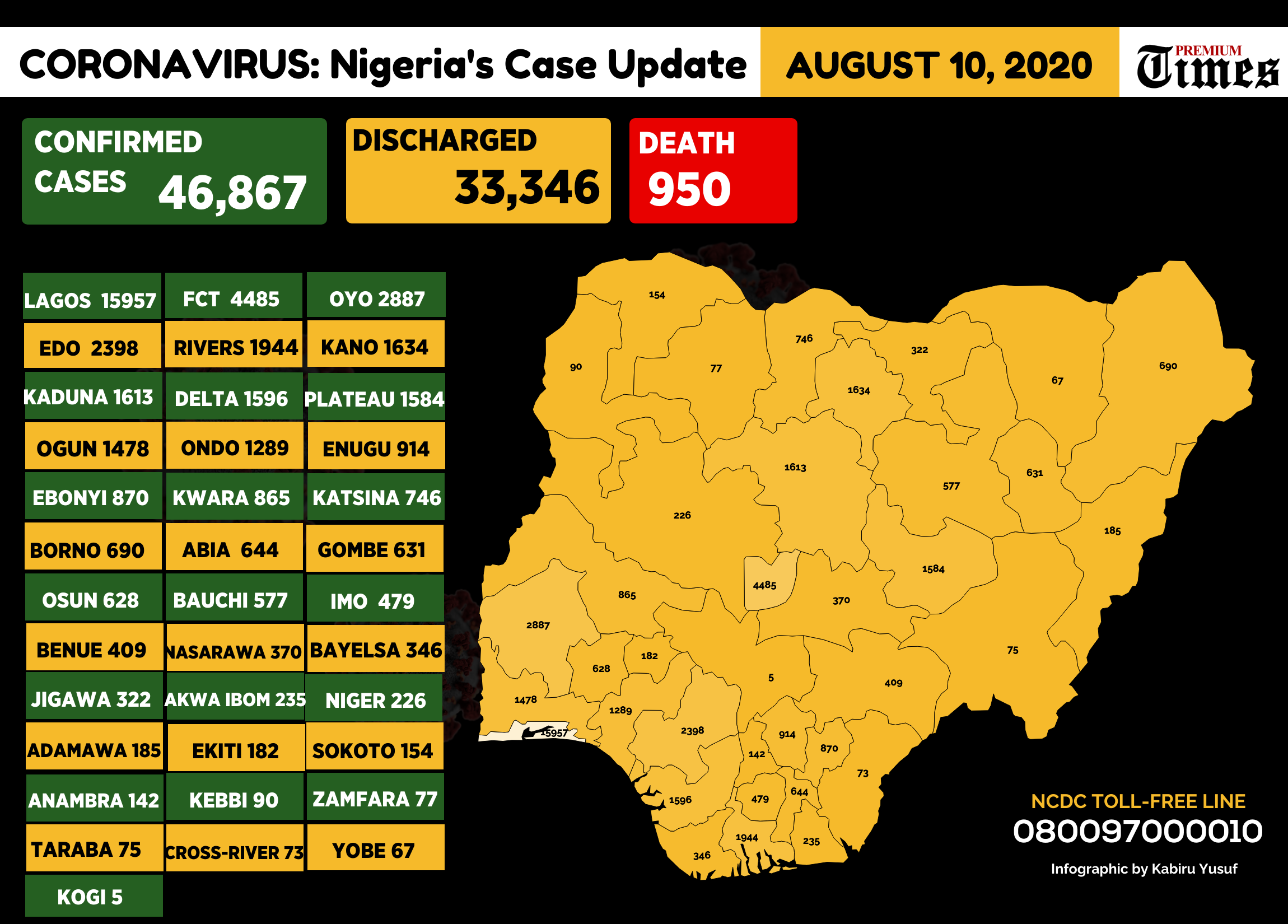 Infograph showing the cases of Coronavirus across Nigeria as at 10th Aug, 2020

Five deaths were recorded in the last 24 hours, pushing the total number of deaths to 950.

Monday’s figure is slightly higher than the 288 daily cases recorded exactly one week ago.

Nigeria has continued to record cases below 500 for the past two weeks, a sign that the country’s epidemiological curve is heading downwards.

The latest figure brings the total number of infections in the country to 46,867, according to the Nigeria Centre for Disease Control (NCDC).

The NCDC in its daily update of the infection on its Twitter handle @NCDCgov said out of a total 46,867 infected persons so far, more than 33,000 have recovered and have been discharged after treatment in the country’s 36 states and the Federal Capital Territory (FCT).

Lagos is the hardest-hit state with about a third of Nigeria’s cases (over 15, 000) recorded in the country’s commercial capital.

The second most affected place in Nigeria is Abuja, the capital city, with more than 4,000 cases.

Nigeria has only tested nearly 320,000 out of its over 200 million population.