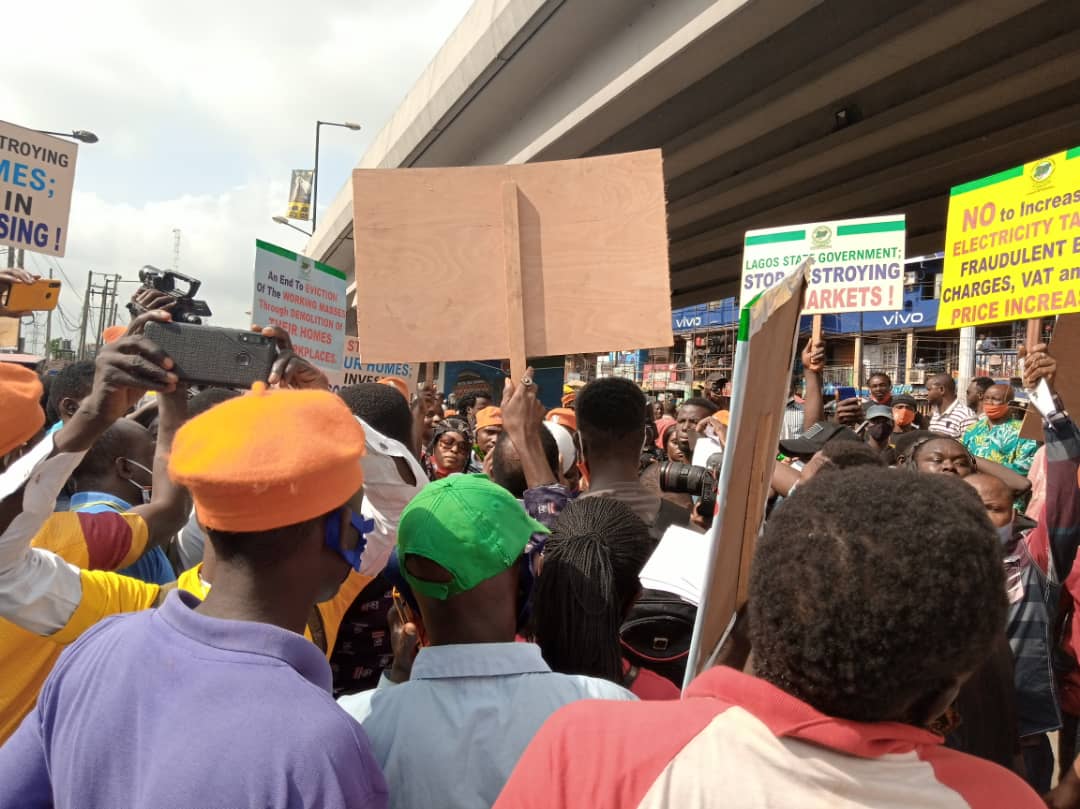 Dozens of protesters who were arrested in Lagos and Abuja on Wednesday were released hours later. However, the protesters arrested in Osun were detained overnight.

The protesters are demanding better governance in Nigeria, an end to corruption and improvement in the security and welfare of citizens.

The actions of the security agencies have been condemned by civic groups and many Nigerians.

In Lagos, journalist Agba Jalingo and 18 other protesters who were arrested during the protest were released Wednesday evening. Inibehe Effiong, a lawyer and activist, told PREMIUM TIMES that all the 19 protesters that were arrested in Lagos had been freed.

“They were taken from Area F to Ikeja police command and were subsequently taken to mobile court, and all of them were discharged,” he said.

In Abuja, Deji Adeyanju, one of the organisers of the protest confirmed that all the arrested protesters had been released.

All #RevolutionNow protesters in Lagos freed by the court. pic.twitter.com/1AoGxHCN4K

However, it was a different story for seven protesters in Osun who were kept in custody after their arrest.

Olawale Bakare and six others arrested at the #RevolutionNow protest in Osun State will be spending the night at the State Security Service custody, PREMIUM TIMES learnt.

Mr Bakare was arrested alongside Dunsi Olowolafe, Abiodun Sanusi, Gift Martins, Martins Jesuloni, and two others in Osogbo on Wednesday.

On Wednesday evening, this newspaper spoke with one of the arrested protesters, Mr Olowolafe, who confirmed that they were still in SSS custody and would be spending the night there.

A lawyer to the Osun protesters, Alfred Adegoke, also narrated his experience in trying to secure bail for his clients.

“We got to the SSS today to check on the arrested individuals but the overzealous SSS did not allow us to get them released. They have gone to obtain an order to detain them for 14 days,” Mr Adegoke said.

PREMIUM TIMES could not obtain the details of the remand order allegedly obtained by the SSS, as of the time of this report.

Mr Adegoke said he would return to the SSS office on Thursday to demand bail for the protesters.