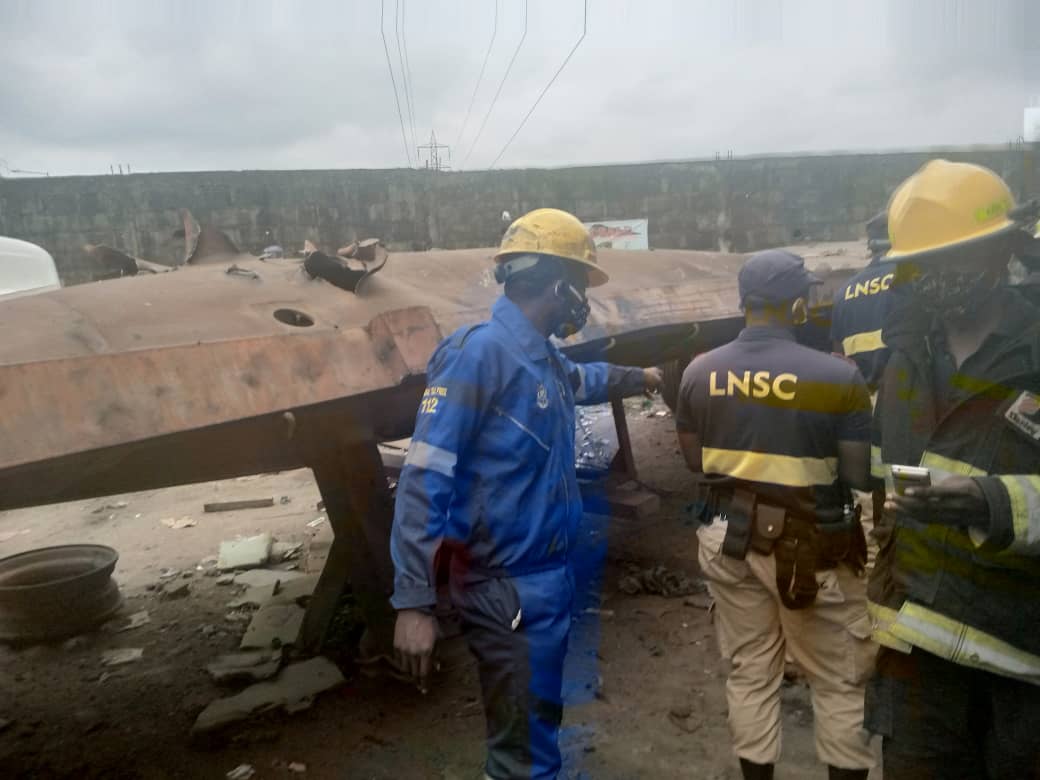 Emergency responders at the explosion site

One dead in another Lagos gas explosion

The Lagos State Emergency Management Agency (LASEMA) has recovered a body from a gas explosion that occurred on Monday at Alafia bus-stop, Orile Iganmu, while four other persons were injured.

According to a statement by Nosa Okunbor, the spokesperson of the agency, a 35-year-old male artisan, Ajibola Olaoye, lost his life in the explosion.

“Upon arrival at the scene of incident, it was discovered that there was an explosion from a gas cylinder used in welding a truck flatbed with unknown registration number as a result of gas leakage from the cylinder.

“According to report of investigations and eye witness accounts, the explosion was attributed to a leak in the supply of gas from the cylinder leading to the death of the artisan utilizing the welding equipment while working on a heavy duty equipment,” Mr Okunbor said.

READ ALSO: NNPC to hands off refineries after rehabilitation –Kyari

“However, an adult male (Ajibola Olaoye, 35yrs) lost his life at the scene of incident and four adult male sustained different degree of injuries and had been rushed to the hospital before the arrival of the LRT. LRT, Police, LNSC and LASG fire service are responders at the scene as the entire area have been cordoned off to prevent any secondary incident.

“The dead victim (Ajibola Olaoye), was bagged by the LRT and handed over to his family in the presence of Officers of the Nigerian Police Force from Amukoko Division. The entire area have been cordoned off. Operation concluded,” he added.