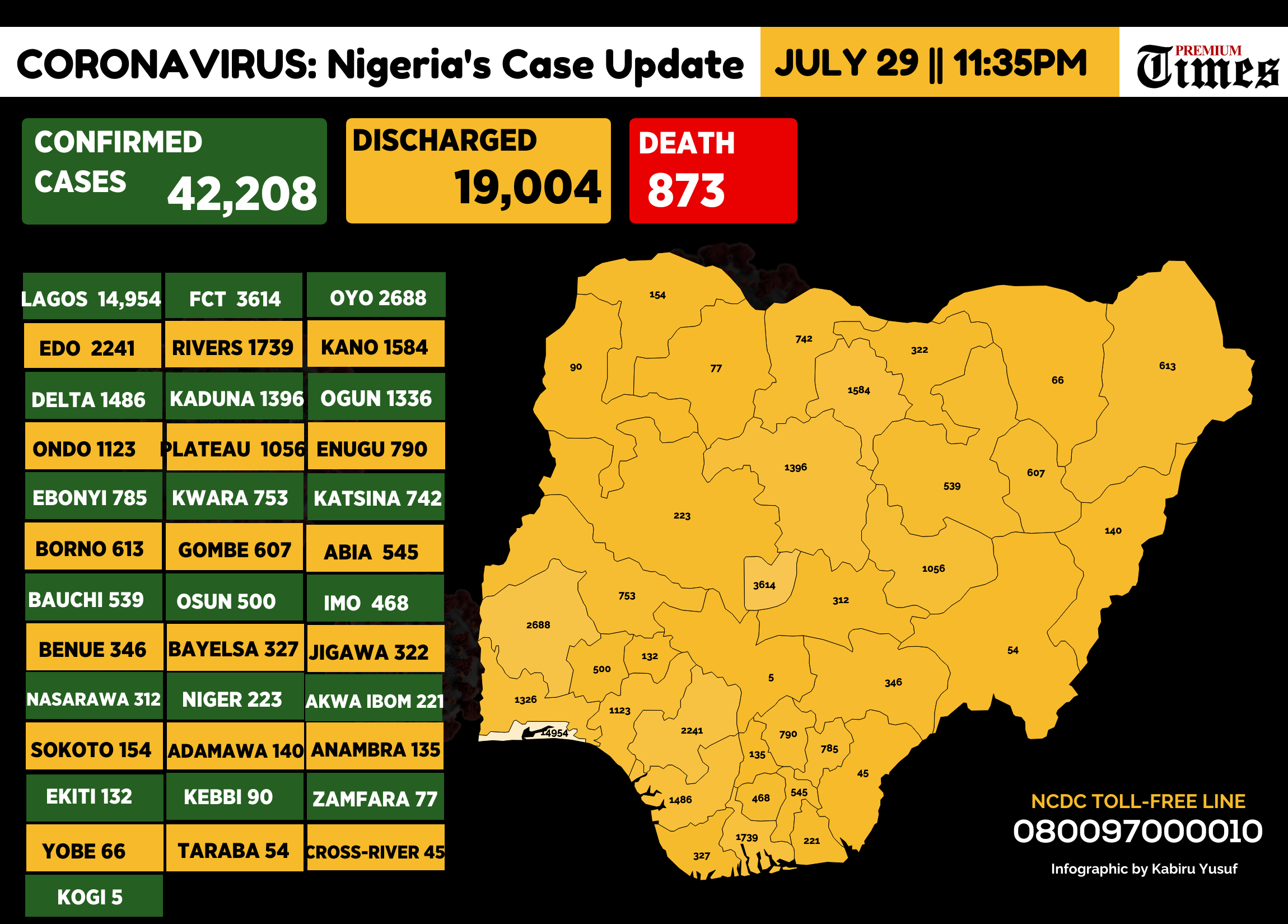 The Nigeria Centre for Disease Control (NCDC), in its daily update posted on its website, said there were 404 new cases taking the total number of recorded cases to 42,208. NCDC said the fatalities have increased to 684 after five deaths were recorded in the last 24 hours.

The country of 200 million inhabitants has, like many other African nations, so far avoided the high death rates of the United States, Brazil and parts of Europe. But health experts fear a lack of reliable data means the virus could be spreading unchecked in Africa.

According to the NCDC, out of a total of 42,208 infected persons so far, 19,004 have recovered and have been discharged after treatment in the country’s 36 states and the Federal Capital Territory (FCT).

On Monday, the federal government added an additional one week to the current phase of eased lockdown.

The Secretary to the Government of the Federation, Boss Mustapha, who announced this at the bi-weekly Presidential Task Force on COVID-19 briefing on Monday, said the additional week will be effective from July 29 to August 6 and all existing protocols will be retained throughout this period.

Nigeria is Africa’s third most impacted behind only South Africa and Egypt. The federal and state governments are working to increase testing as authorities stress that cases definitely far exceed the current tally.

In the month of June alone, Nigeria’s coronavirus cases grew by over 15,500 cases.

Over 250,000 of the over 200 million Nigerian populace have been tested for the virus.

On April 28, the Nigerian government announced its target of testing at least two million people within the next three months.

The ambitious target elapsed on Wednesday, yet the government was not able to test up to 20 per cent of the two million target.