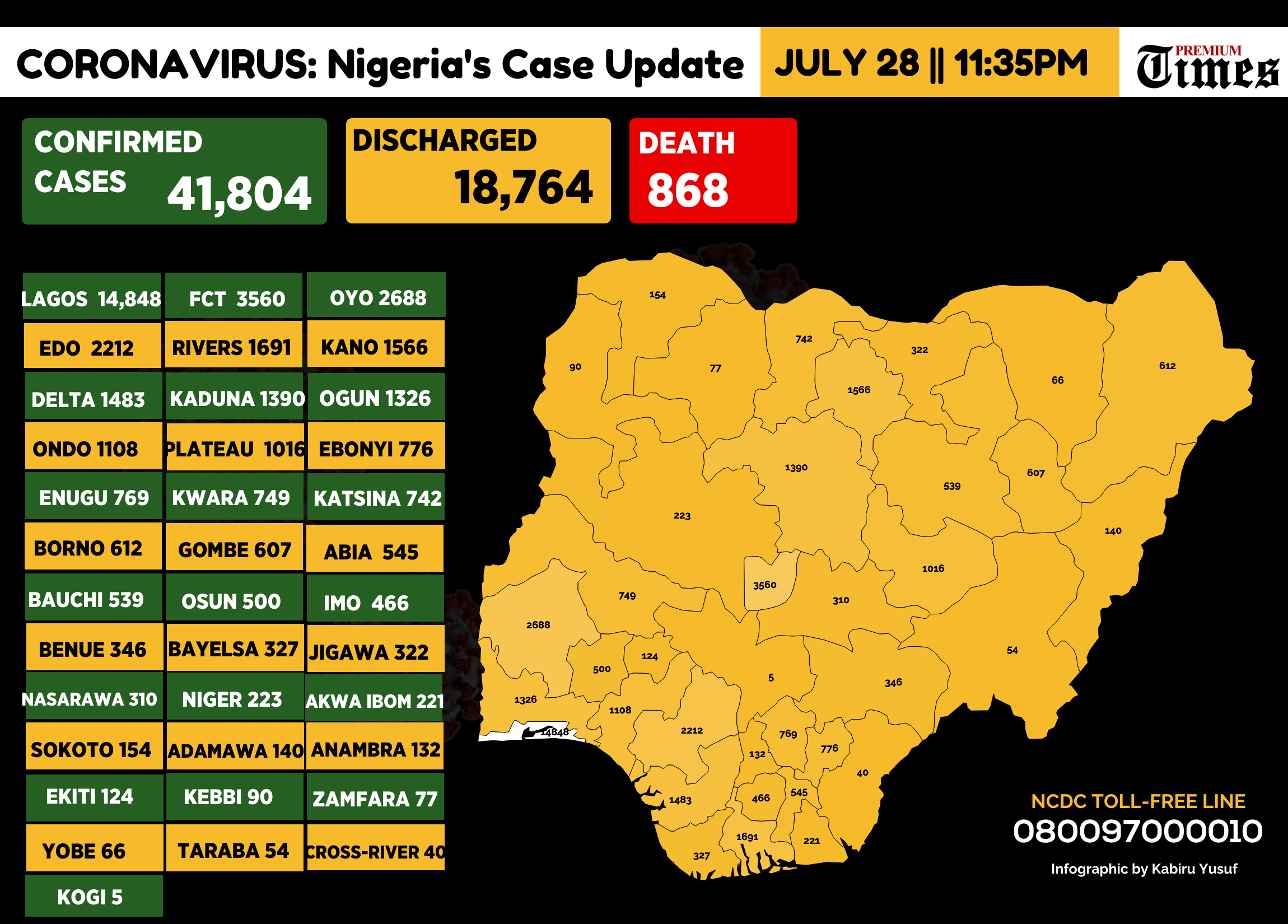 Infograph showing the cases of Coronavirus across Nigeria as at 28th July,2020

The Nigeria Centre for Disease Control (NCDC), on Tuesday night, announced 624 new cases of COVID-19, bringing the total number of infections in the West African nation to 41,804.

According to the NCDC, out of a total of 41,804 infected persons so far, 18,764 have recovered and have been discharged after treatment in the country’s 36 states and the Federal Capital Territory (FCT).

Lagos is still the state with the highest number of cases (14,848), about a third of the total.

Nigeria is Africa’s third most impacted country behind South Africa and Egypt. The federal and state governments are working to increase testing as authorities stress that cases definitely far exceed the current tally.